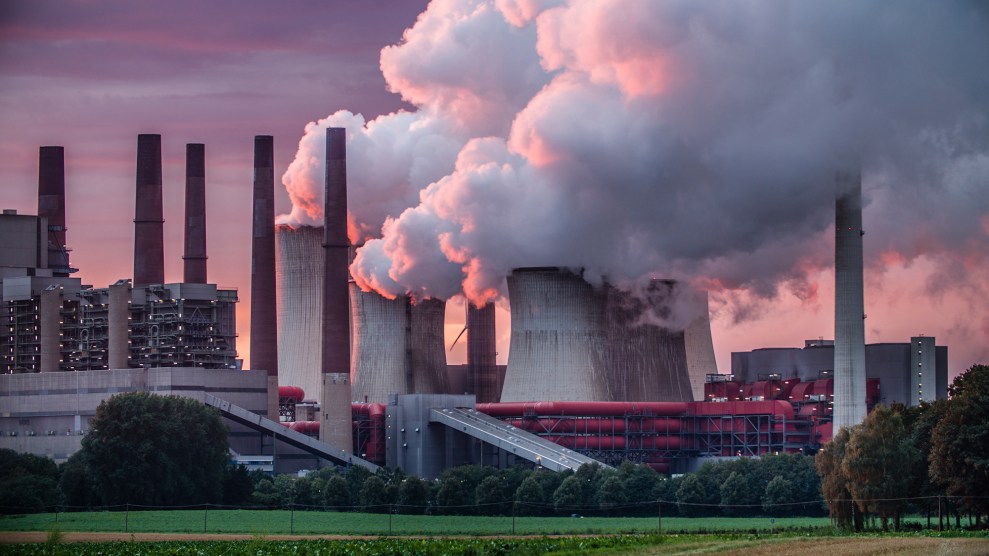 In yet another major blow to democratic constitutionalism, the Supreme Court ruled in West Virginia v. EPA that the Clean Air Act does not give EPA authority to regulate the power grid as a whole. The decision will likely limit the EPA’s authority to address climate change across the board. But the issue is even broader. The opinion undermines the federal regulatory state that Congress has established—with the court’s blessing—over the past 200 years. Using a legal rule of its own invention that defies the intent of Congress, the court has struck at the heart of government agencies’ ability to protect the public.

Together with the court’s elimination of the constitutional right to abortion, restriction of gun regulations, and expansion of religious authority, a clear picture is emerging: The people have less power now to create a safe and healthy society. Instead, the court has consolidated power in its own hands to the benefit of factional economic and cultural interests.

West Virginia v. EPA strips the EPA of significant authority to address climate change. The Supreme Court itself practically required the EPA to take action against climate change during the second Bush administration. Years later, the Obama administration’s EPA issued a groundbreaking Clean Power Plan to do so. The CPP required states to submit plans to reduce greenhouse gas emissions through a combination of burning coal more cleanly, shifting from coal to natural gas, and shifting power generation from fossil fuels like coal and natural gas to renewable sources like wind and solar. Thus, it provided for both regulations at particular power plants and at the level of the electric grid as a whole.

Contrary to Roberts’ contention, Congress designed the Clean Air Act as a transformative statute that would force the development of technologies to address air pollution.

West Virginia—a coal-producing state—and other parties sued to stop the rule from going into effect. In an unprecedented move, the Supreme Court stayed the rule while appeals were pending toward the end of the Obama administration. The Trump administration’s EPA then replaced the Clean Power Plan with its Affordable Clean Energy rule. ACE was extremely weak by design: It did away with CPP’s grid-level improvements, claiming that the Clean Air Act did not permit them. The American Lung Association and other parties challenged this rule, and the DC Circuit struck it down.

West Virginia v. EPA emerged as an appeal from these challenges. At the outset, the court should never have taken this case. That’s because there is no live “case or controversy,” as the Constitution requires before the judiciary can intervene. The CPP never went into effect, and it couldn’t spring back into effect now, because the deadlines it set have already passed. The court in other recent cases has taken a very narrow view of private parties standing to get access to federal courtrooms. But here it takes a breathtakingly broad view of West Virginia’s interest in the case. It is impossible to escape the conclusion that there is a needle’s-eye-size standing rule for the beneficiaries of progressive causes, and a Los-Angeles-freeway-size rule for conservatives.

On the merits, the court held that the EPA lacked authority to regulate the grid because this was a “major” regulatory action that Congress did not expressly authorize the EPA to take.

The major questions doctrine is a relatively recent invention of judicial interpretation. It is a one-way deregulatory ratchet that rejects broad assertions of regulatory power but does not question failures to vigorously enforce the law. And it has expanded over time. The court first relied on it in 1999 to conclude that Congress did not give the Food and Drug Administration the authority to regulate nicotine products such as cigarettes. It’s been applied in a handful of cases ranging from physician-assisted suicide to the Affordable Care Act. Early on, commentators understood it to be an exception to the general Chevron doctrine, which provides that courts should accept agencies’ interpretations of statutes as long as they are “reasonable.”

But the doctrine has grown beyond these more humble beginnings. Taking its cue from then-Judge Brett Kavanaugh, the court has explained that Congress must very clearly delegate to agencies the authority to decide matters of “vast economic and political significance.”

Major questions reared its head again in the shadow docket over the past couple of years to limit the federal government’s response to COVID-19. The court first used it to block the Centers for Disease Control and Prevention’s moratorium on residential evictions, intended to reduce the spread of the virus. Moving even more boldly, the court relied on it again to stop the Occupational Safety and Health Administration from imposing a vaccine-or-test mandate on large employers. Despite very broad statutory language, the court concluded that the statute did not expressly authorize the agency to impose such a requirement. The unsigned opinion infamously reasoned that COVID was “not an occupational hazard” in most workplaces.

West Virginia v. EPA’s reasoning is similarly problematic. Chief Justice John Roberts makes no serious effort to defend his assertion that EPA exercised a “power beyond what Congress could reasonably be understood to have granted.” Congress, in fact, designed the Clean Air Act to be an economically transformative statute that would force the development of new technologies to address air pollution. When Congress gave the EPA authority to establish the “best system of emission reduction” for stationary sources of pollution like power plants, it presumably included the word “system” for a reason. It was looking for big, structural change, and the Obama EPA obliged. Roberts’ response boils down to his intuitive judgment that EPA’s action “raises an eyebrow.” Despite the crystal-clear textual authority, he maintains that Congress could not possibly have meant EPA to address such a comprehensive kind of “system.”

But the court has also fashioned a new rule that agency actions that don’t have exact historical precedents are suspect. This anti-novelty principle runs contrary to the whole purpose of the regulatory state Congress has written into law, and contrary to a Constitution which, in Justice John Marshall’s famous words, was “intended to endure for ages to come.” Novel problems—like pandemics, climate change, and mortgage market crises—routinely arise. And novel, systems-level solutions are often required.

Moreover, when Congress wrote the Administrative Procedure Act—the fundamental charter for our regulatory state—legislators repeatedly stated that agencies could decide “important” decisions, so long as they did so through fair procedures. That’s what the EPA did in this case, not only by going through the public comment process but also by holding extensive public hearings and by giving states a significant role in how to implement the CPP’s provisions. The court evinces a lack of interest in Congress’ considered judgments to give agencies major powers, all the while pretending to act as the legislature’s “faithful” servant.

In the constitutional crisis we are entering, the court combines all three powers—legislative, executive, and judicial—to limit the scope of federal power. It exercises legislative power by rewriting statutes to remove authorities and structures it doesn’t like. It exercises executive power by interfering in the executive branch’s administrative process before final action is ripe for review. And it exercises judicial power by freeing private parties from government health and safety regulations. As James Madison, French philosopher Montesquieu, and even Roberts himself have noted, such a combination of powers creates the risk of tyranny. It enables an unelected body to exercise arbitrary and unaccountable power. The real threat to republican government today is not the administrative state. It is the court.