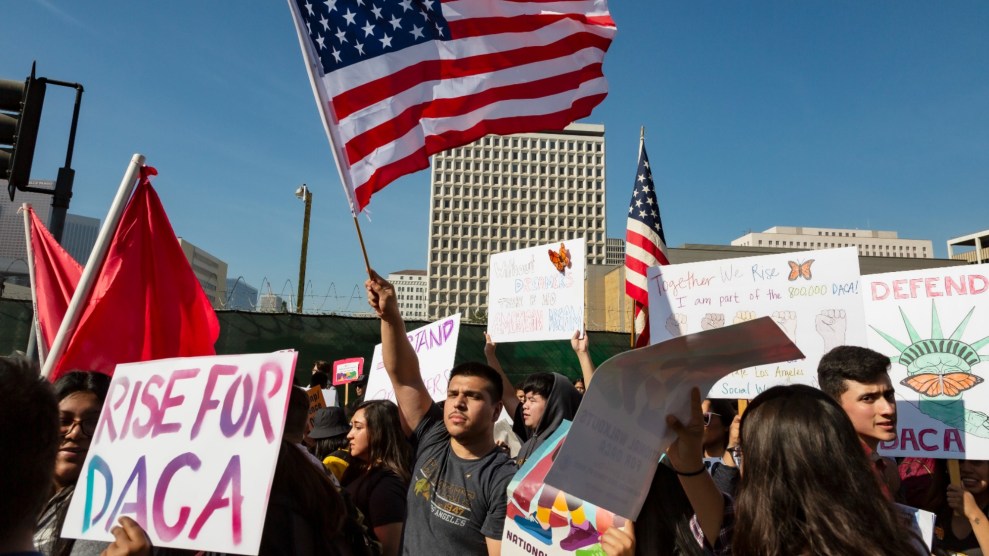 The Biden administration took an important step this week to protect the Deferred Action for Childhood Arrivals (DACA) program, an Obama-era policy that shields undocumented immigrants who came to the United States as children from deportation. On Wednesday, the government issued a 450-page final rule set to go into effect on October 31 that codifies the program into federal regulation, replacing a guidance memo that created DACA in 2012 via executive action. Since then, more than 800,000 “Dreamers” have been allowed to stay in the country and received temporary work authorization. The new regulation maintains the eligibility criteria for the program and affirms that DACA recipients, of which there are currently about 600,000, should not be considered a priority for deportation.

“Today, we are fulfilling our commitment to preserve and strengthen DACA by finalizing a rule that will reinforce protections, like work authorization, that allow Dreamers to live more freely and to invest in their communities more fully,” Biden said in an August 24 statement.

Our Administration is committed to preserving and fortifying DACA. We need Congress to protect DACA recipients and pass legislation to ensure a pathway to citizenship for our Dreamers, farm workers, and TPS recipients. pic.twitter.com/CKEIEBTC7P

As I’ve reported on previously, the DACA program has been under threat for years, leaving hundreds of thousands of people who have lived most of their lives in the United States in legal limbo. Last year, a federal judge in Texas sided with Republican-led states and ruled that the policy violated federal law, blocking the Biden administration from granting new applications. That ruling won’t be impacted by the newly announced regulation. And the program remains at risk while a challenge to its legality is pending with the conservative Fifth Circuit Court of Appeals, which is expected to strike down the policy altogether.

Immigrant rights groups and advocates have long called for a more permanent solution for DACA in the form of legislative action. But in the 10 years that the program has been in effect, Congress has repeatedly failed to pass meaningful legislation that would offer Dreamers a path to lawful residency and citizenship, despite overwhelming support from the majority of Americans. Attempts at bipartisan talks have fallen flat, in large part because Republicans’ resistance to a comprehensive immigration bill that doesn’t include additional border enforcement.

“I will do everything within my power to protect Dreamers, but Congressional Republicans should stop blocking a bill that provides a pathway to citizenship for Dreamers,” Biden stated on Wednesday. “It is not only the right thing to do, it is also the smart thing to do for our economy and our communities.”

Several immigration policy experts agreed that Biden’s codification of DACA will only go so far because it fails to expand eligibility criteria to include undocumented youth who, for instance, didn’t arrive to the country before 2007. “We need Congress to pass legislation permanently protecting all Dreamers—not just those who qualify for DACA under these regulations, but also the many others who have lived for years in legal limbo,” Jeremy McKinney, president of the American Immigration Lawyers Association, said in a joint statement with the American Immigration Council. “That is the true solution here.”