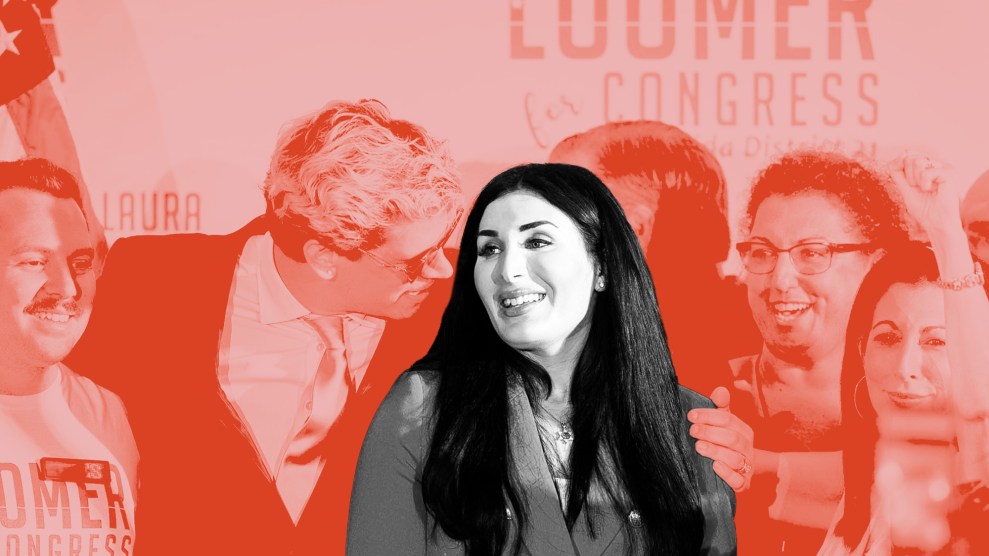 You can’t formally measure racism. But if you could, Laura Loomer would have had a solid chance of becoming the most publicly racist Congressman in the last decade if she had won last night.

The 29-year-old lost her primary election in Florida’s 11th Congressional District, in a close race with incumbent Rep. Daniel Webster (R-Fla.). The district is a Republican stronghold in which the party has received at least 65 percent of the vote in the previous three elections. In 2020, Loomer won a lightweight primary in Florida’s 21st District before being badly beaten in the general in an unfavorable district. If she had won last night, she would likely have been headed to Washington D.C.

To see Loomer even come this close to Congress is indicative of a shift in the post-Trump GOP. And it’s a bit hard to fathom when you consider that four years ago she was handcuffing herself to Twitter headquarters protesting getting kicked off the app.

Loomer hasn’t served in office before. Instead, she is famous for being a conservative activist, and being cartoonishly bigoted. She has a years-long history of raw, unfiltered Islamophobia that possibly reached its zenith when she said, after 50 people were killed in a New Zealand mosque, that: “Nobody cares about [the] Christchurch [shooting]. I especially don’t. I care about my social media accounts and the fact that Americans are being silenced.” (Loomer was bemoaning those kicked off websites like Twitter for being racist.)

Aside from all of the highly vociferous racism, Loomer is also part of something weirder. Trump’s presidency ushered in a wave of right-wing influencers, who were just as, or maybe even more, concerned with building their own online celebrity as they were with doing politics.

In the last few years, Sen. Ted Cruz (R-Texas) joined Reps. Matt Gaetz (R-Fla.), Dan Crenshaw (R-Texas), and former Congressman Devin Nunes (R-Calif.) in getting themselves a podcast. Reps. Marjorie Taylor Greene Lauren Boebert (R-Colo.), and lame duck Congressman Madison Cawthorn (R-N.C.) routinely demonstrate academic levels of shitposting expertise. Guys like Crenshaw and Gov. Ron DeSantis (R-Fla.) have channeled mid-life crises energy usually reserved for sports cars into commercials that let them briefly be in their own action movies. For others, Congress is the perch from which you could launch this shitposting spectacle from. One trolled to gain votes, power, a seat in Congress, and a profile beyond the backbench to eventually use to get some kind of media deal.

But Loomer is already an influencer and veteran of several poster wars, with Purple Hearts for getting banned from every platform you possibly could. With her, the trend is fully eating itself.  Her campaign arguably started as a way to get back on Twitter by leveraging the site’s tendency to not fully ban elected politicians, after chaining herself to the doors of Twitter’s New York office didn’t work.

In short: Laura Loomer might be the first person to ever run a congressional campaign that was about trying to be racist on Twitter.