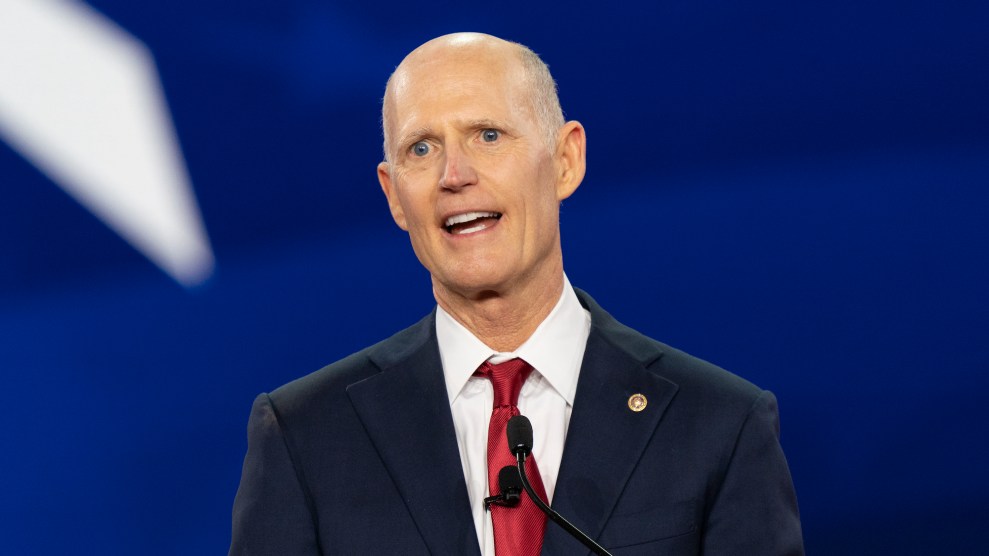 Over the last two years, the National Republican Senatorial Committee has had an astounding run of fundraising, raking in millions of dollars. And just as midterms approach, it appears they’ve blown nearly all of it. The committee has spent nearly all the money—as a deeply-reported new New York Times story details—while receiving virtually nothing in return for the cash that was frittered away. Even worse, they have possibly burned donors who might be gone for good, according to the Times.

Through the end of July—the latest numbers available—the NRSC, which is supposed to be the fundraising bulwark that pulls together disparate individual Senate campaigns and propels the party to a victory in the Senate, has raised $181.5 million. In 2018, the last midterm election year, the committee raised just $151.5 million in the full two years—$30 million less, and the NRSC this year hasn’t hit the intense final months before the election that usually yields huge fundraising numbers. But the NRSC, which is led by Florida Republican Sen. Rick Scott, has also spent $172.7 million. That leaves a net of just $8.8 million.

Of course, a political action committee isn’t a business, so the net haul isn’t the true metric that its success should be measured by—if that committee has spent the money to lay down a withering barrage of television ads, devastating waves of digital attacks and driven voters to the right, it might be fine that the NRSC is heading into the final months of the 2022 election with just over $23 million in the bank accounts. (The cash on hand reflects the fact that the NRSC started this current election cycle with some cash reserves). But, instead, the NRSC has called television stations to say that ad time it had previously reserved for the next few months should be cancelled. NRSC ads have largely evaporated from Facebook and at least in the Senate. The red tidal wave that six months ago looked unstoppable has ebbed and Democrats seem to have a real possibility of maintaining control of the Senate.

Reporter Shane Goldmacher reports that all of this isn’t just about shifting political winds. Scott has spent enormously on digital fundraising that has not amounted to much. At one point the committee was spending $100,000 a day on Facebook and Google ads, which Goldmacher said sent Democratic strategists into a panic, until they realized that it was having no effect, and now the ads have stopped. The NRSC has spent about $23.3 million on new donor development, but those new donors have contributed only $6.1 million, Goldmacher found.

While the NRSC defended itself by saying these donor prospecting efforts have bolstered the committee’s file of potential donors, Goldmacher also describes how a major tactic the committee used to drum up donations from potential donors was so aggressive it borders on fraudulent. The committee would send text messages that didn’t say who they were from, but simply said: “This is URGENT! Do YOU support Trump? Reply YES to donate $25.” Users who replied yes, had their credit cards charged (thanks to their numbers being on file with payment processing company WinRed), and that was it.

Not surprisingly, Goldmacher notes that the amount the committee has had to refund has quadrupled since 2020.

Goldmacher’s full explanation of how the “Reply YES to donate $25” gambit works—and burns donors—and how Scott’s fellow GOPers are turning on the NRSC is worth a read.