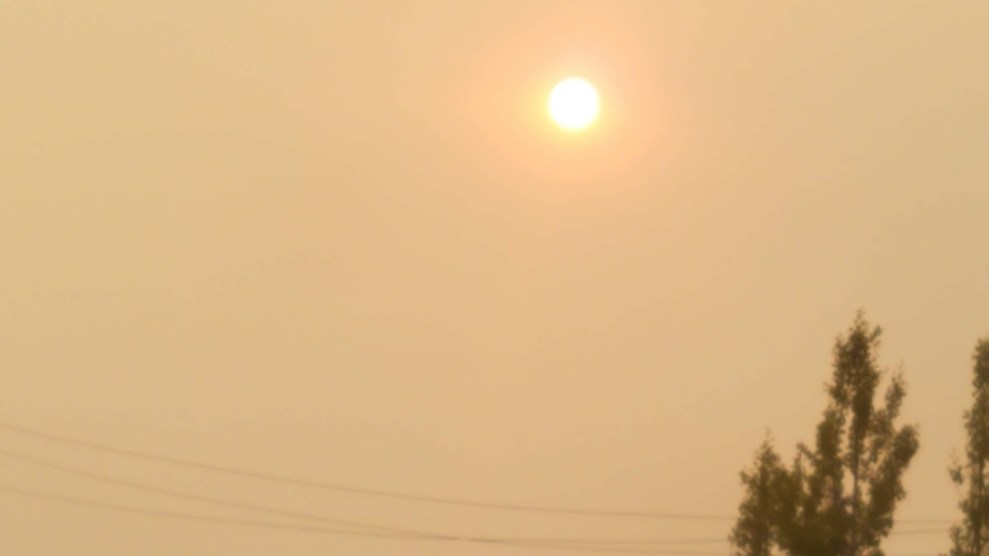 Millions of Americans are now routinely exposed to unhealthy plumes of wildfire smoke that can waft thousands of miles across the country, scientists have warned.

Wildfires cause soot and ash to be thrown off into the air, which then carries the minuscule particles that can be inhaled by people many miles away, aggravating a variety of health conditions. The number of people in the US exposed to unhealthy levels of these particulates from wildfires at least one day a year has increased 27-fold over the last decade, a new study found, with 25 million people in 2020 alone breathing in potentially toxic air from fires.

Pockets of deeply unhealthy air have emerged mainly in the US west, the staging ground for wildfires of increasing intensity that have been fueled by years of fire suppression and global heating, priming forests to burn. Six of the seven largest wildfires in California’s recorded history have occurred since 2020.

Wildfire smoke can result in the closure of schools, the postponement of flights and even cause cycling races and Pearl Jam concerts to be canceled. But its most pervasive impact is a regression in air quality barely seen since the advent of the Clean Air Act in 1970, which helped lift dangerous, choking smog conditions from many polluted US cities.

“We are seeing the undoing of a lot of that clean air progress, especially in the west,” said Marshall Burke, a scientist at Stanford University and co-author of the study published in Environmental Science and Technology.

“There’s been really dramatic increases in wildfire smoke as air pollution, in some places fully reversing the impact of the Clean Air Act. It’s been remarkably quick. Our air pollution regulations are not designed to deal with this. It’s a worrying problem.”

“We need studies like this to assess how big a risk this is, because the EPA exempts these fires from air quality standards.”

The new study is based on a model that calculates how wildfire smoke has raised background pollution levels in locations across the US. It measures the presence of PM2.5, tiny particles about one-thirtieth of the width of a human hair that can travel through the air and bury themselves deep in the lungs of people when inhaled.

Wildfire smoke has added about five micrograms of these particles to locations in the US west, on average, which is a sizable increase from national levels, which are about 10 micrograms from other sources of particulate pollution, such as the emissions from cars, trucks and power plants.

Unlike these other sources, which are regulated by government, wildfire smoke is less predictable, reaches farther and is more egalitarian in whom it affects—the wealthy and white as well as poor people of color who are disproportionately exposed to pollution from nearby highways and factories.

“Wildfires produce an amazing amount of particulates that can travel thousands of miles, unlike other pollution,” said Burke. Last summer, New York experienced some of the worst air quality in the world due to smoke from wildfires several thousand miles away on the west coast of the US.

A decade ago, fewer than 500,000 people in the US were exposed to any days of an air quality index of 100 or above due to smoke, a level that is deemed unhealthy. Now, Burke said, 5 million Americans are living in areas with such levels at least one day a year.

“If you don’t live near a highway or power plant your air quality is likely to be fairly good, but incursion from wildfire smoke is changing that and there’s evidence this will increase,” he said. “Honestly, it was surprising to see how quickly these extreme exposures have gone up.”

The dangers posed by wildfire smoke are of increasing concern for experts in various places around the world—a summer of intense wildfires in Spain, France and Portugal has resulted in Europe’s highest wildfire emissions in 15 years. The probability of catastrophic wildfire events around the globe will increase by 30 percent by the end of the century even if planet-heating gases are rapidly cut, according to the most recent Intergovernmental Panel on Climate Change report.

“As the globe warms, wildfires and associated air pollution are expected to increase, even under a low emissions scenario. In addition to human health impacts, this will also affect ecosystems as air pollutants settle from the atmosphere to Earth’s surface,” said Petteri Taalas, secretary general of the World Meteorological Organization.

“We have seen this in the heatwaves in Europe and China this year when stable high atmospheric conditions, sunlight and low wind speeds were conducive to high pollution levels.”

Research has linked wildfire smoke to the worsening of several conditions. Fierce wildfires in California in 2020 caused people to inhale smoke that raised their risk of heart attacks by up to 70 percent, a study found, with the smoke causing an estimated 3,000 deaths in people older than 65.

Breathing in wildfire smoke while pregnant, meanwhile, raises the risk of premature birth and even worsens outcomes for people who contract Covid-19. Francesca Dominici, a Harvard University professor who led the research on the link between wildfire smoke and Covid, said Burke’s new study is “well validated” and an “exciting area of research.”

“The results are interesting and concerning,” Dominici said, adding that there is “emergent evidence” that PM2.5 from smoke is more toxic than particles from other sources.

George Thurston, an environmental health scientist at the NYU School of Medicine, said that there is still more to be learned about the impact of wildfire smoke, with some research suggesting fossil fuel combustion is in fact more harmful, but that the new study is an “important addition” to the estimates of exposure of wildfire smoke.

“We need studies like this to assess how big a risk this is, because the Environmental Protection Agency exempts these fires from air quality standards,” Thurston said. “This sort of work helps us to work out if new standards are required.”

Burke said the threat of smoke became obvious to many in California in 2020 when the skies over the San Francisco Bay Area turned orange. Some of the wealthiest neighborhoods in the world have suffered from poor indoor air quality due to smoke, alleviated only by air filtration.

“The sun never came up in the Bay Area, which really brought home this is a different era we are living in,” Burke said. “We naively thought we were safe in our homes but the health guidance is inadequate. In my own home I closed all the windows and doors and yet I got a monitor and found the indoor air quality was appalling.”

Drastic cuts to greenhouse gases, better forest management where fuels are thinned or burned away in a controlled manner and improved guidance to households will all be required to improve the situation, Burke said. “We shouldn’t think about wildfires just in terms of numbers of homes burned down but also how many people have been exposed to pollution, because there are huge impacts that we just aren’t thinking about,” he said.