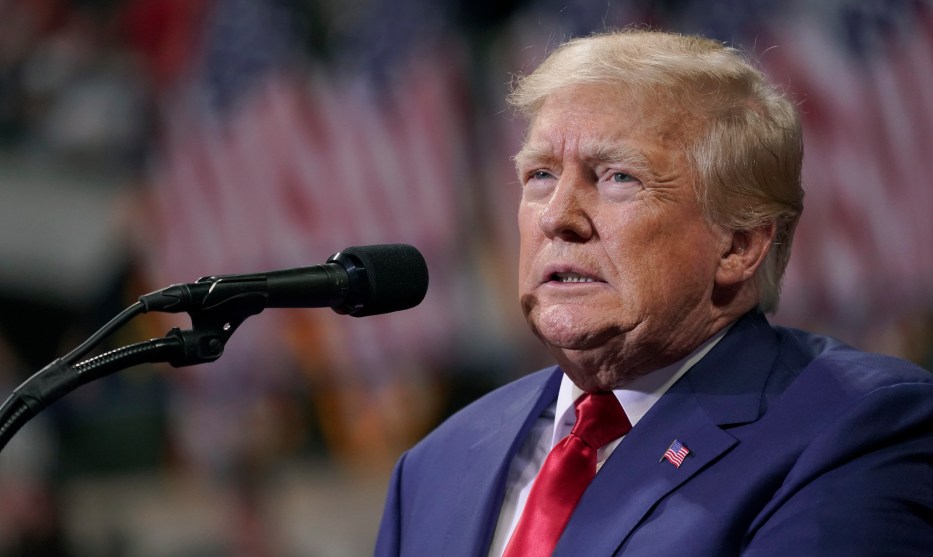 New York Attorney General Letitia James recently filed a $250 million civil fraud lawsuit against Donald Trump and his adult children, alleging the family had deliberately misled banks, insurance companies, and tax authorities about the value of Trump’s various properties. The heart of that allegation isn’t new—James has been fighting with the Trumps for nearly two years over access to company employees and records. But the case has now revealed an enormous amount about the inner-workings of the Trump Organization. That includes what James says the Trumps did to hide their alleged deceptions.

As part of her suit, James is attempting to prove that the Trumps did in fact try to conceal their efforts to use misleading numbers. The Trumps have argued that they did nothing wrong and have accused James of leading a political witch hunt against them. Here are a few of James’ most eyebrow-raising allegations:

The Trumps’ biggest lender for years has been German banking giant Deutsche Bank, which worked with the family starting in the early 2000s. But by 2011, the bank’s commercial real estate division had grown leery of lending to them. According to James, the Trumps then convinced the bank’s separate private wealth division, which caters to high-net worth individuals, to lend money for a slew of Trump projects, such as the Doral golf course in Florida and the Old Post Office hotel in Washington, DC. To do so, the family allegedly made false claims about how much Trump was really worth. After media reports began questioning some of the basis of Trump’s wealth and his assertions about his net worth, Deutsche Bank sent the Trumps a letter on October 29, 2020, asking about the reported discrepancies.

According to James, the Trumps simply didn’t answer for more than a month. Finally, in early December, Alan Garten, the Trump Organization’s chief lawyer, sent a note back to Deutsche.

Deutsche immediately responded with another, more detailed request for info—and a warning that Trump could be in default of his loans if he had misrepresented his finances. On December 16, Garten replied that he would try to get an answer for them. Deutsche never heard back, according to James.

2. Allowing insurers to review Trump’s finances only in person

James says Trump didn’t just use fraudulent statements of financial condition to get loans he didn’t deserve, she charges that he was also dishonest with insurance companies, convincing them to give him more coverage for less. When insurers came asking to see proof of his worth, James says the Trumps often made things difficult, requiring some insurers to only look at financial statements in a person, in a room.

James’ suit hinges on the statements of financial condition the Trumps provided to banks and insurers, statements that were supposed to be accurate pictures of Trump’s net worth and the value of his various properties. James outlines a whole series of allegedly fraudulent tricks the Trumps used, like using the wrong valuation method, or pretending rent-controlled apartments weren’t rent controlled. James says they also simply pushed numbers around to obscure the truth from the accountants who had to compile the statements.

4. Not creating a paper trail

James alleges that the Trumps improperly valued some land north of New York City, known as the Seven Springs Estate, that Trump had bought to try to develop into a golf course. The course never happened, but James says the Trumps played with the value of the property, sometimes inflating it to make it look more valuable and other times trying to make it look less valuable for tax purposes. Throughout, James says that at Trump’s direction, there was an effort to minimize the paper trail.

According to James, Sherri Dillon, an attorney who has worked for Trump for years, gave specific instructions to people working on the Seven Springs project to avoid sending emails and to try to keep conversations about the project limited to phone calls. Dillon is not named as a defendant in James’ suit and did not respond to a request for comment.

5. Not turning over documents to James

James’ relationship with the Trumps started amicably enough at the beginning of her investigation back in late 2019. At that time, the Trumps voluntarily turned over documents she requested, and a number of Trump employees sat for interviews. However, in the months running up to the 2020 election, the company suddenly took a much more defensive posture and began refusing to hand over documents or make employees available. When James began subpoenaing documents and interviews, the Trumps continued to drag their feet—to the point that a New York Superior Court judge eventually held Trump in contempt and fined him $110,000 for not turning over documents that James had a right to see.

As part of Trump’s effort to get out of that contempt charge, Trump attorney Alina Habba sent the judge a letter in which she said she had personally searched Mar-a-Lago for relevant documents.

But as a result of the FBI’s raid on Mar-a-Lago this summer in a separate investigation related to classified documents, James seems to have grown skeptical about the thoroughness of Habba’s search. James’ lawsuit suggests that, even after the contempt ruling, there are indications that Trump held back documents at Mar-a-Lago—not just classified ones, but financial ones.