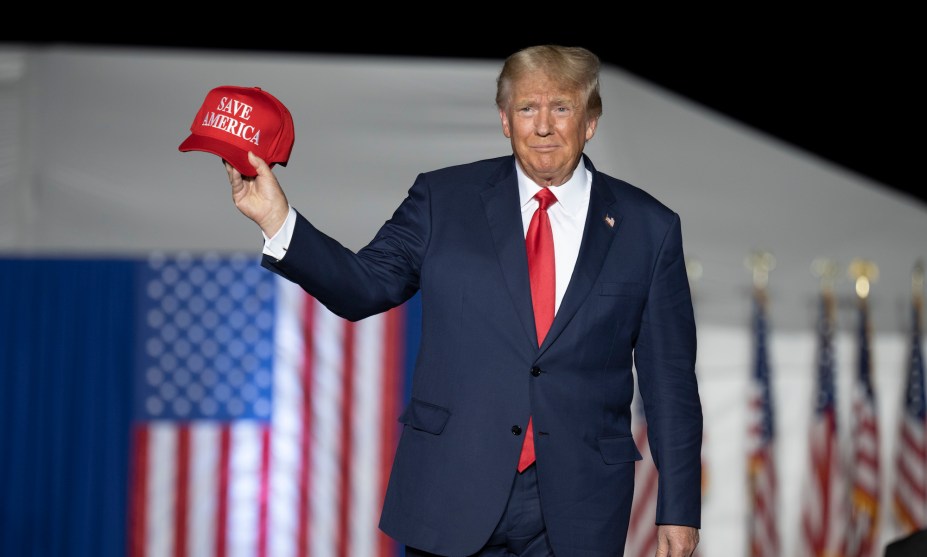 New York Attorney General Letitia James asked a judge on Thursday to appoint an independent financial monitor to oversee Donald Trump’s finances until her $250 million civil fraud lawsuit against him is resolved. James cited what she said was ongoing evidence of continuing fraud on the part of Trump and his company, including the creation of an entirely new corporate entity named “Trump Organization II LLC” on September 21, the same day James originally filed her suit. The new company could be part of an attempt to hide assets, James said.

James’ lawsuit accuses Trump, his adult children, and his companies of fraudulently manipulating statements detailing the former president’s net worth to get better deals from banks and insurance companies.

“Since we filed this sweeping lawsuit last month, Donald Trump and the Trump Organization have continued those same fraudulent practices and taken measures to evade responsibility,” James said in a statement Thursday. “Today, we are seeking an immediate stop to these actions because Mr. Trump should not get to play by different rules.”

Besides asking for $250 million to make up for the financial benefits James says the Trumps improperly received thanks to fraud, James is also asking that the Trumps and Trump’s companies lose their business licenses to operate in New York and be banned from commercial real estate transactions for five years. Obviously, the newly created company was not a target of James’ suit and, for now at least, is not included on the list of companies that could be punished if her suit is successful. James’ filing on Thursday asks a judge to order the Trumps not to transfer their assets in an effort to escape her jurisdiction. James also wants the judge to require that any efforts by the Trumps to move assets be approved in advance by the court. Finally, James is requesting the appointment of an independent overseer to monitor Trump’s finances to make sure he’s complying with all of the rules.

Trump’s attorney in the case, Alina Habba, did not return a request for comment. However, in an email from Habba to James’ office that James included with her filing on Thursday, Habba wrote that her clients have no problem agreeing not to remove assets from James’ jurisdiction.

“We are certainly willing to provide ‘assurance’ and/or ‘reasonable advance notice’ to address any of your purported concerns regarding the activities of the Defendants,” Habba wrote. “So again, there is simply no disagreement requiring judicial intervention.”

But it’s not just the creation of a new company that James cited as a concern in her newest filing. She noted that Trump refused to answer nearly all of the New York attorney general’s questions during a deposition, citing his Fifth Amendment right to not incriminate himself. While a refusal to answer questions can’t be used against a defendant in a criminal case, it can be used against a defendant in a civil trial. James included a transcript of Trump’s deposition in which he began with a lengthy tirade in which he declared himself the most persecuted politician in history, denounced his former fixer Michael Cohen as a “stone cold loser,” and announced that he now understood why people invoked their Fifth Amendment right to not testify. In the past, Trump had derided people who took the Fifth.

“I once asked, ‘If you’re innocent, why are you taking the Fifth Amendment?’ I was asking that question,” Trump acknowledged in the deposition. “Now I know the answer to that question. When your family, your company and all the people in your orbit have become the targets of an unfounded, politically motivated witch hunt supported by lawyers, prosecutors, and even the fake news media, you really have no choice.”