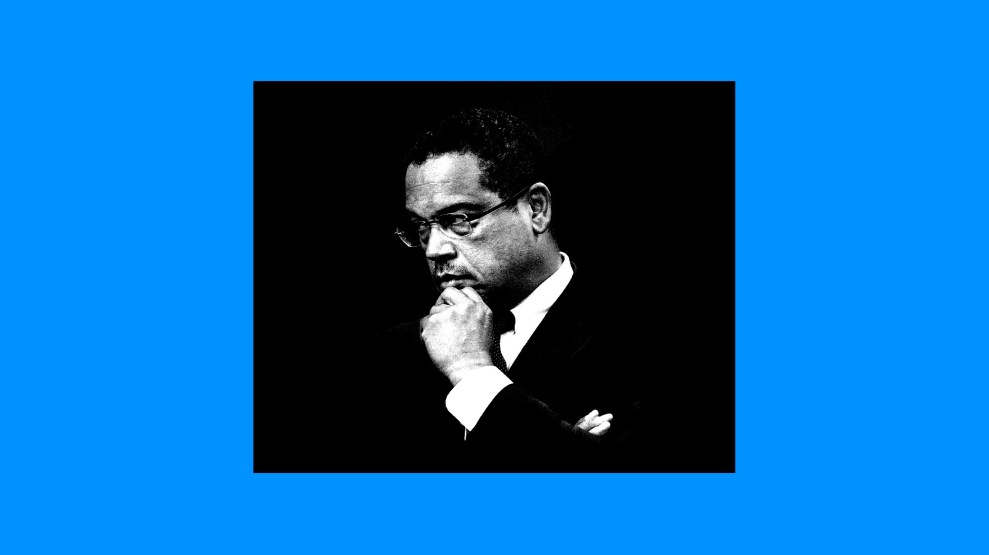 Ellison was the first Black person elected to statewide office in the state’s history and the first Muslim elected to Congress. As attorney general, he famously led the successful prosecution of Derek Chauvin for murdering George Floyd.

In broad strokes, the race between Ellison and Schultz was defined by crime and abortion.

“Crime, crime, and crime” is how Schultz opened up a debate against Ellison when asked of his top priority. An ad running against Ellison by a PAC called Minnesota For Freedom, funded by the Republican Association of Attorneys General, labeled Ellison “the criminal’s choice for attorney general.” (Schultz has been accused of violating campaign finance law for coordinating with the PAC that produced the ad.)

During the primary, Schultz said he’d go on “offense” on abortion. He touted his work supporting a so-called crisis pregnancy center in southern Minnesota, among other points.

Schultz, like Republican candidate for governor Scott Jensen, backed away from publicly supporting abortion restrictions on the campaign trail. He’s proudly pro-life, he said, but would not “leverage his office” to push legislation in one way or another. “I didn’t get in this race to get caught up in abortion policy,” he said in the same debate.

Ellison shot back, saying that Supreme Court Justices Neil Gorsuch, Brett Kavanaugh, and Amy Coney Barrett said the same of Roe v. Wade. Ellison also highlighted Schultz’s time on the board of directors of the Human Life Alliance, a group that wants to “make abortion not just illegal, but unthinkable.”

“I’m for a woman’s right to choose,” Ellison said to Politico this summer. “He’s not. I’m for economic justice and welfare; he’s a hedge fund lawyer,”

Because of Ellison’s support for a failed ballot measure meant to overhaul the Minneapolis police department, Schultz made out Ellison to be a radical, anti-police firebrand who “slandered and maligned” cops. Throughout the campaign, Schultz emphasized an expansion of the criminal division of the attorney general’s office. Ellison has repeatedly said this is an overreach of the true purpose of the office, which is consumer protection. The ballot measure Ellison supported didn’t pass, and the Minneapolis police department has a higher budget today than they did before 2020.

Ellison’s accomplishments as “the people’s lawyer,” included leading the successful prosecution of Derek Chauvin for the murder of George Floyd, but also suing oil companies for deceiving Minnesotans about climate change, winning settlements from Big Pharma, and prosecuting wage theft. Long a standard-bearer for progressives in the Twin Cities and nationwide, Ellison got flak last summer because he did not take a public stance on the Line 3 Tar Sands oil pipeline, which prompted large protests throughout northern Minnesota in 2021.

As I previously reported, Schultz had threatened to go even further to usurp the power of prosecutors in the name of prosecuting crime. He said he would look into wresting power from Hennepin County Attorney Mary Moriarty, who was elected by Minneapolis voters last night, because of her “reckless plans for the office.”

Schultz also said that while he agreed with Ellison’s prosecution of Derek Chauvin, he planned to commute the sentence of Kim Potter, the former Brooklyn Center Police officer who was convicted on first-degree manslaughter charges for killing Daunte Wright. Schultz called it “politically motivated” and “mob justice.”

Schultz positioned himself as a moderate. In the GOP primary, he defeated the conspiracy theorist and pillow magnate Mike Lindell’s ally and personal lawyer Doug Wardlow, who lost to Ellison in 2018. Compared to the other candidates on the statewide ticket like Covid-19 skeptic Jensen and election-denier Secretary of State candidate Kim Crockett, Schultz had the best chance to peel off voters in the suburbs of the Twin Cities metro area––essential to winning a statewide race as a Republican in Minnesota. “The way to do that is hammering him on crime,” Schultz told Politico.