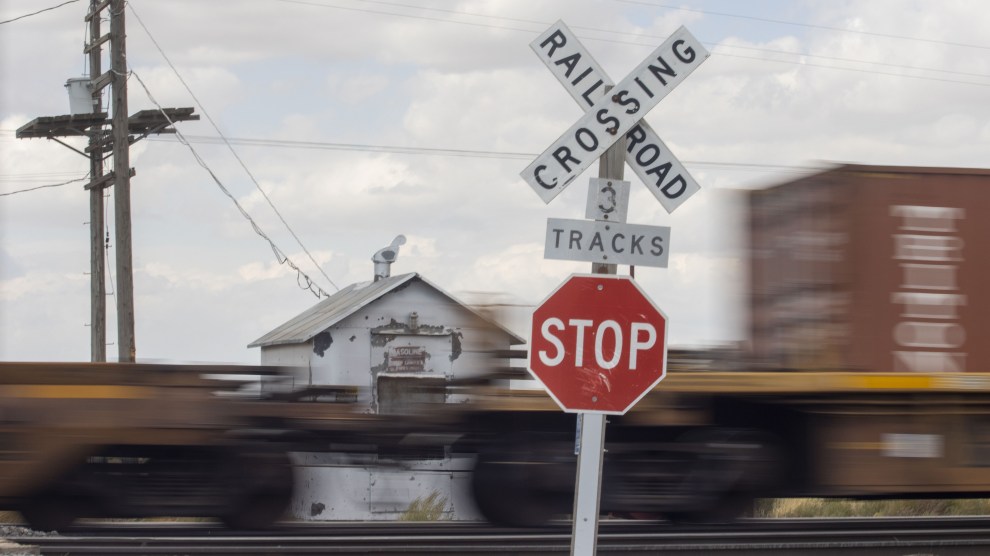 Joe Biden, the Amtrak-obsessed president who has prided himself on being “pro-labor,” is urging Congress to step in and halt a looming railroad strike.

This move is a massive change of course for a president known to some as “Union Joe.” In 1992, Biden was one of just six Senators to vote against halting a rail strike. But now, to help keep commerce moving despite sick pay demands, Biden appears to be stopping a massive action from workers.

How did we get here?

Earlier this year, unionized railroad workers—discontented with unpredictable work schedules and a lack of sick days—appeared poised to go on strike. As my colleague Noah Lanard reported at the time, the workers were concerned less about compensation than about grueling hours and punitive attendance policies.

A rail strike could have crippled supply chains and caused huge economic losses. So, in September, the Biden administration stepped in.

Biden struck a tentative deal with unions and railroad companies that included a 24 percent raise by 2023 and a cap on health care premiums. But the deal lacked movement on sick leave.

For the tentative deal to become official, 12 different rail unions would need to ratify it by December 9. Four unions voted against it. The lack of sick leave was a sticking point.

What happened this week?

On Monday, Biden announced that he would override those votes and push forward a deal some unions disapprove of.

In a statement, Biden said that his Secretaries of Labor, Agriculture, and Transportation had informed him that there was “no path to resolve the dispute at the bargaining table.” So, instead of brokering a deal with more flexible time off, Biden has asked Congress to override the four dissenting unions and impose the deal fleshed out in September.

“I share workers’ concern about the inability to take leave to recover from illness or care for a sick family member,” Biden said in a statement. “No one should have to choose between their job and their health—or the health of their children.”

A union strike would almost certainly aggravate the inflation which has dogged Biden throughout his entire time in office, and it’s in Biden’s interest to keep the flow of goods moving as the holiday season approaches. Still, as Politico points out, Biden’s stance is a far cry from his positions in the past.

Leaders of some rail unions are not happy. “It is not enough to ‘share workers’ concerns,” the Brotherhood of Maintenance of Way Employees Division said in a statement. “A call to Congress to act immediately to pass legislation that adopts tentative agreements that exclude paid sick leave ignores the railroad workers’ concerns.”

“We feel like the deal missed the mark,” conductor Beau Trego told the Washington Post. “We’re going to work sick, fatigued. You have so many other jobs where people work 9 to 5 and still have sick days, but we don’t. Hopefully, they go back to table and come up with something better.”

House Speaker Nancy Pelosi appears to be on board with passing legislation to prevent a strike. But it’s unclear how such legislation would fare in the Senate, where Bernie Sanders (I-Vt.) has expressed his commitment to brokering a deal that would grant workers paid sick leave.

Meanwhile, Republicans (ahem, Marco Rubio) are already jumping on the opportunity to paint themselves as the pro-union party.

Given that Democrats campaigned in the midterms on protecting democracy and are now choosing to override the results of union elections, the critiques of hypocrisy aren’t hard to come up with here. Democracy dies, it seems, in the workplace, too.