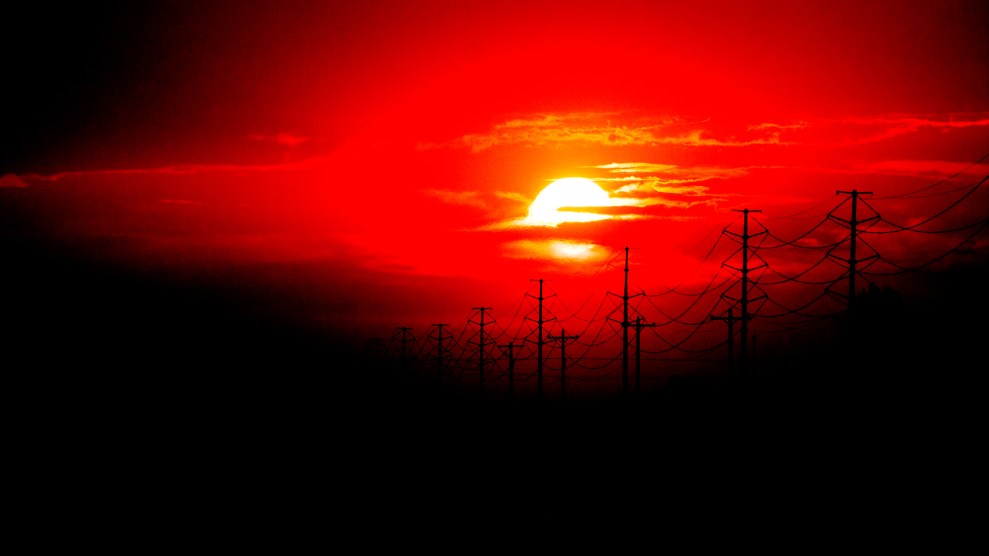 It has been an alarming time for climate scientists. One by one, the grim scenarios they had outlined for the near future have been overtaken by events: extreme storms, droughts, floods and ice-sheet collapses whose sudden appearances have outstripped researchers’ worst predictions. Catastrophic climate change is happening more rapidly and with greater intensity than their grimmest warnings, it transpires.

Examples include this summer’s record high temperature of nearly 105 degrees F in the UK, a massive jump of nearly 35 degrees from the previous hottest day; torrential rains that triggered the most severe flooding in Pakistan’s recent history; and last year’s Hurricane Ida, one of the most destructive storms to have struck the United States.

“Developing countries have a really justified argument in making these loss and damage claims,” but it’s “very difficult to move forward” on that.

It is not that global temperatures have risen faster than expected. The problem is that the effects of this rise have been unexpectedly extreme. “Many of the impacts of climate change such as increased weather extremes are now playing out faster than predicted, even though the warming itself is very much in line with model projections,” said climatologist Michael E. Mann of the University of Pennsylvania.

This point was backed by Johan Rockström, director of the Potsdam Institute for Climate Impact Research in Germany. “Without doubt, extreme weather events, amplified by global warming, are coming faster than predicted and are more severe than predicted. The impacts are there to see: the disastrous floods in Pakistan; the failure of the rainy season in Somalia for the past four years; and highly destructive wildfires in California,” he said.

These unanticipated events are occurring in a world that is currently 1.2C hotter than it was in preindustrial times, and temperatures are likely to continue to rise considerably despite nations pledging at recent IPCC summits to do everything to hold increases to 1.5C.

This figure could be breached in a decade, say scientists. The result will be even worse droughts, heatwaves, floods, and disease patterns than those now being experienced.

But that is not all, says Rockström. He and his colleagues have recently published research that indicates that by the time a global temperature rise of 1.5C is reached, there would be a significant risk to four major systems. “These systems include the Greenland ice sheet and the West Antarctic ice sheet, which will start to disintegrate,” added Rockström. “The end result will be sea level rises of several meters, though that could take many, many decades.”

In addition, the permafrost systems of Canada and Russia would start to thaw and release their vast stores of methane, a greenhouse gas many times more potent and dangerous than carbon dioxide. Finally, at temperature rises of about 1.5C, all of the planet’s tropical coral reef systems would start to collapse, the group found.

“It would mean that we would be handing over to our children and to all future generations, a planet that will be sliding irreversibly towards possessing fewer and fewer places to live,” Rockström said.

The planet is teetering on the brink of meteorological disaster, giving a desperate edge to the opening of the Cop27 climate summit in Egypt next month. The task facing delegates was starkly underlined by the UN which reported last week that the world was now on track for a 2.8C rise in global temperatures. It also accused nations of wasting a year because they failed to deliver ambitious emissions pledges that had been made at the Cop26 summit in Glasgow last year.

This point was stressed by Bob Ward, policy director at the Grantham Research Institute on Climate Change and the Environment. “Climate change is already damaging millions of lives around the world, including the UK, and is an increasing threat to the economic development of poor countries in particular. It is critical that governments at the Cop27 summit recognize that the risks of loss and damage are accelerating.”

Scientists warn that if the world is to have a chance of reaching net zero carbon emissions by 2050 and so prevent the breaching of the 1.5C limit, global emissions will have to be cut by 5 percent to 7 percent a year. At present, emissions are rising between 1 percent and 2 percent a year with little sign of that increase being halted.

Finding routes to carbon cuts should therefore be a priority for Cop27, scientists insist. However the summit is expected to be dominated by contentious discussions about the compensation that poorer nations believe richer nations should pay them for the impact of climate change. Global heating has been caused by industrial nations that used fossil fuels to make themselves rich. The argument is that they should now reimburse those countries that are suffering from the worst vicissitudes of climate change.

These are known as “loss and damage” claims and they will be a key focus of next month’s summit. “You can imagine what will happen when the Pakistan delegation presents its claim for compensation for floods that have just put a third of their country under water,” said Rockström.

“You can imagine the number on that invoice. And I think developing countries have a really justified argument in making these loss and damage claims. But it is not going to be a very constructive debate because it’s very difficult to move forward on an agenda item like that.”

This point was backed by Professor Stephen Belcher, chief scientist at the UK Met Office. “At this point, the need for action is clear,” he told the Observer. “There is still time, but my gosh, the window of opportunity is closing fast.”