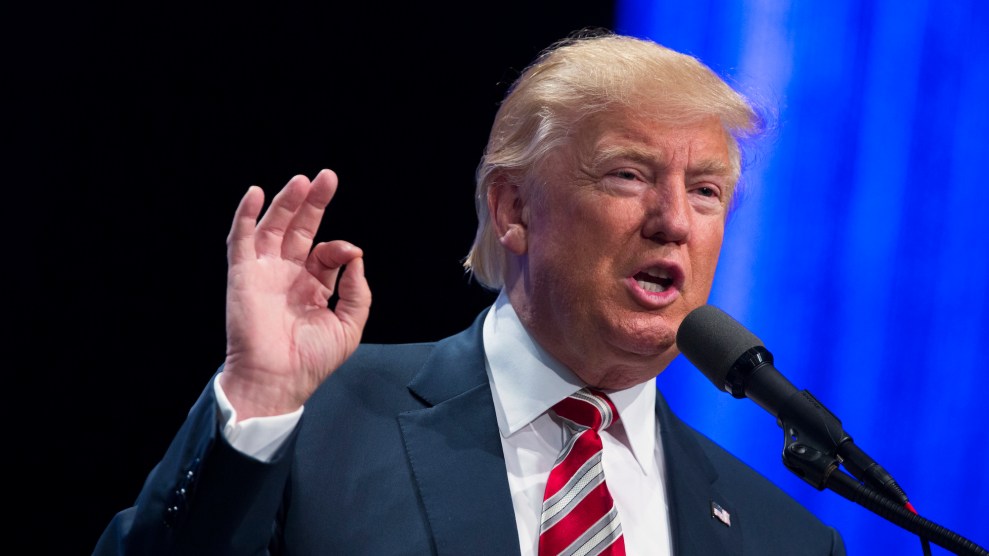 Jesse Benton, a longtime conservative operative, was convicted Thursday on six campaign finance charges stemming from his role in a scheme to help a Russian businessman get into an exclusive meeting with Donald Trump during the 2016 presidential campaign.

Benton—who is married to the niece of Kentucky Sen. Rand Paul—had previously been convicted in 2015 of helping the 2012 Ron Paul presidential campaign pay to lure an Iowa state senator away from a rival campaign. Benton was sentenced to six months home imprisonment and two years probation in that case on Sept. 16, 2016—just two days before the Trump event at the center of the current case. Trump ultimately pardoned Benton and another man for their roles in the Iowa case (a third defendant was not pardoned), and Benton managed to keep a low public profile until last year. Then, in September 2021, Benton and another prominent Republican operative, Doug Wead, were indicted in the current case. Wead died last December while awaiting trial.

According to federal prosecutors, in September 2016, Wead reached out to a representative of Russian businessman Roman Vasilenko, a colorful retired naval officer who was running a large multi-level marketing company that Wead had worked with before. Vasilenko expressed interest in coming to the United States and having his picture taken with prominent American celebrities or politicians, and Wead agreed to help him in exchange for $100,000. Benton arranged for Wead to bring Vasilenko to a business leader roundtable meeting in Philadelphia at which Trump would meet with deep-pocketed donors who forked over a $25,000 political donation. Prosecutors say Vasilenko wired the money to Benton, who purchased the tickets to get Wead and Vasilenko in, and then pocketed the remaining $75,000 for himself.

In addition to purchasing the ticket, Benton contacted organizers of the event, which was sponsored by the Republican National Committee, and emphasized that it was very important that Vasilenko get his picture taken with Trump. The picture was taken, and Vasilenko—who promoted himself heavily on social media—later posted the photo with the caption “Two Presidents.”

Benton didn’t immediately pay for the tickets and had to be prompted by the RNC for payment, at which time an RNC contact asked Benton who the ticket was for, and Benton said it was for himself.

According to the Washington Post, during the trial, Benton’s attorney argued that Benton had received legal advice that it was perfectly permissable to buy a ticket for someone else. Benton’s attorney, Brian Stolarz, also played down the importance of the $25,000 donation and scoffed at the idea that Benton had participated in a major effort to funnel large amounts of money from Russia. It is illegal to donate money on behalf of someone else, and prosecutors convinced jurors that Benton had done just that and that he had deceived the RNC and other political committees that accepted the contribution.

In pre-trial filings, prosecutors brought up another scandal that Benton was involved in—an undercover sting operation by reporters from the Telegraph, the London newspaper, who met with Benton disguised as representatives of a wealthy Chinese citizen looking to funnel millions of dollars into US elections. In that meeting, which took place just weeks after Benton and Wead arranged for Vasilenko to meet Trump, Benton told the undercover reporters that he could help them by arranging to route the funds through dark money groups.

In a statement, Stolarz said the jury “got it wrong.”

“This was not some grand conspiracy to get $25,000 of Russian money into the Trump campaign, rather it was for a multi-level marketer and Instagram influencer to get a picture with a celebrity to enhance his image,” he said.

He added that Benton maintains his innocence and plans to appeal.