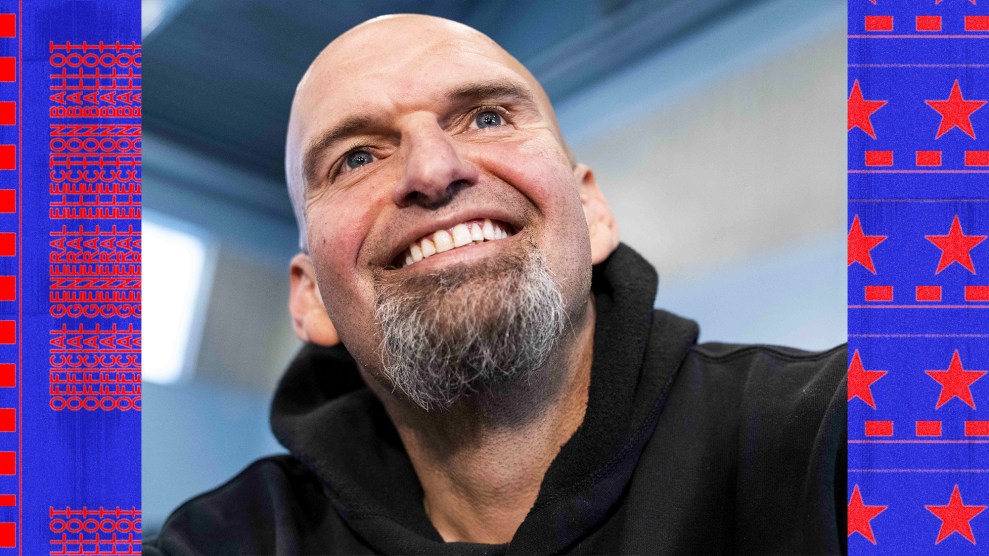 John Fetterman—who won his first election in 2005 by a single provisional ballot in a race in which fewer than 1,000 people voted—has just won one of the most important Senate races in the nation, media outlets are projecting.

It's official. I will be the next U.S. Senator from Pennsylvania.

And I won’t let you down. Thank you.

Fetterman, currently the lieutenant governor of Pennsylvania, got his political start as the mayor of Braddock, a struggling post-industrial steel town nine miles east of Pittsburgh.

In three terms as mayor there, the six-foot-eight, 300-pound, tattooed and goateed social worker attempted to revitalize the community through both his official post, and via a nonprofit he founded called Braddock Redux. Through those channels, he opened a community center for after-school programs, oversaw a drop in the town’s murder rate, and incentivized an influx of new art, businesses, and resources. Later, as lieutenant governor, he prioritized his role on the state’s pardon board to give second chances to incarcerated individuals showing good behavior.

The Democratic win was far from guaranteed. Despite polling strongly through early October, even holding a double-digit lead over Oz in mid-August, Fetterman’s campaign took a nosedive around the start of early voting. Some attributed the decline to Fetterman’s poor performance during his sole debate against Oz on October 25.

Fetterman, who suffered a stroke in May, struggles with aphasia—a speech condition that does not affect intellect, but has caused him to mix up words, conjugate them incorrectly, and sometimes forget them. The stroke’s impact was especially apparent when debating Oz, a polished Daytime Emmy winner.

The right pounced on Fetterman’s slip-ups during the match-up. “Holy shit, Fetterman is fried,” Donald Trump Jr. tweeted during the debate.

While exit polls showed roughly half of Pennsylvania voters felt Fetterman was healthy enough to serve, a greater margin—6 in 10—felt Oz hadn’t lived long enough in the state. Oz, who had never before run for public office, is from New Jersey and established residency in Pennsylvania only shortly before declaring his Senate campaign—a point on which Fetterman never missed a chance to chastise his opponent.

Some voters, including conservative ones, were similarly flummoxed by that fact. “When we heard Oz was running, it was a disappointment, because he’s not a Pennsylvanian,” one Republican Pennsylvania woman told me.

Outside of the the issue of Pennsylvania roots, Fetterman’s support for abortion rights played a clear role in his win. According to an October poll by Fox News, abortion ranked only behind inflation and American democracy as a top issue for voters.

To some extent, Fetterman’s success was less about issues and more about vibes. This is a guy who wears gym shorts to meet the president of the United States. He may as well be a brand ambassador for Carhartt hoodies. Dozens of Pennsylvania voters told me that was a major selling point.

“I like that he’s not afraid to look like a Pennsylvanian,” said Alexis Martin, a Fetterman fan.