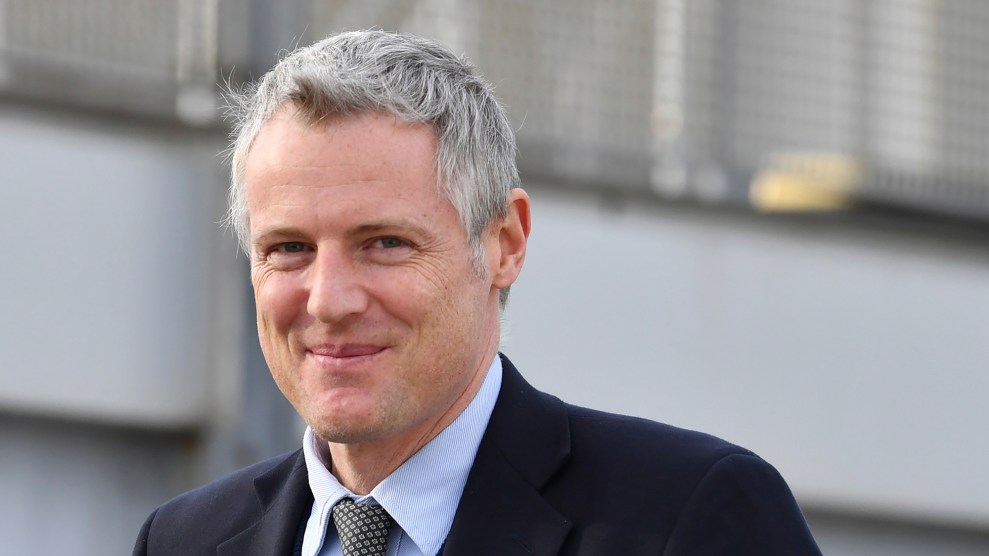 Rightwing Tory MPs should stop portraying concerns over the climate and nature as “woke”, and understand that voters are deeply concerned about the crisis, the Conservative minister Zac Goldsmith has warned.

“What I’m trying to persuade people is that this stuff is not remote, it’s not trendy, it’s not woke, it’s not nice to have and it’s not a waste of UK taxpayers’ money,” he said. “This is fundamental.”

The government must have a strong answer to people’s environmental concerns, he said. “[To say that] caring about the world is somehow woke—I find that stupid,” he added. “Nature restoration, the climate crisis, sewage in our rivers—people care fundamentally about these things.”

He continued: “If a party has no answer to these questions, they should not be elected.”

Goldsmith was speaking to the Guardian at the Cop27 UN climate summit in Egypt, where he has been trying to gather support for moves to protect forests around the world. He gave an example: “If the Congo Basin [rainforest] goes, two-thirds of the rainforest goes, then agriculture goes, and we will see disaster on a scale that makes anything in my lifetime look like small fry.”

Goldsmith, international climate minister under Boris Johnson and now a Foreign Office minister under Rishi Sunak, held up the US midterm elections, in which the Democrats performed better than expected, as an example of how rightwing parties were misreading the electorate on climate concerns.

“I’ve spoken to people in the US who have the sense that the Republicans are…not in the right place on this.”

“I’ve spoken to people in the US who have the sense that the Republicans are hostile to these issues, or indifferent, that they’re not in the right place on this. And there is a view that it had an impact on the elections, and I’m sure that’s true,” he said.

“I have a terrible fear that the culture war concept that has dominated discussions of the climate in the US could dominate here,” he added. “I’m appalled by that idea.”

Goldsmith, who was raised to the peerage by Johnson, said of Sunak: “It would be stupid to pretend he has the same passion for the environment [as Johnson]. But I think he gets it, he understands the risk of climate change.”

The election of Luiz Inácio Lula da Silva as president in Brazil, defeating the rightwing Jair Bolsonaro, was “perhaps the most important election in my lifetime”, he added. Bolsonaro had encouraged the deforestation of the Amazon on a huge scale.

Lula arrived in Sharm el-Sheikh on Tuesday, but is not due to make a public appearance at the talks until Wednesday. He cannot play an official role in the talks, as he does not take on the presidency until January, but his representatives have been meeting those from other countries at Cop27.

Goldsmith has met the proposed new environment minister and other Brazilian officials. “There is no doubt that the appetite is there in Brazil for really important action [on protecting the Amazon],” he said.

The people who live in forests, who are often ignored, must also play a central role, said Goldsmith. “We know there are no solutions to the climate crisis without nature. We can’t do this without Indigenous people. They are at the heart of this. We need to back them—and it’s also the cheapest way [to protect forests].”

He said the pact by Indonesia, DRC, and Brazil to protect their rainforests was “historic.” The three countries have some of the biggest remaining areas of rainforest in the world, but they are under severe threat variously from logging, farming, palm oil, mining, and oil prospecting.

“There is a credibility to this and a bold vision,” he said of their resolution to protect their forests. “The UK has helped to build that vision.”

At Cop26 last year in Glasgow, the UK forged a major agreement on reversing deforestation among some of the world’s biggest forested countries by 2030. Goldsmith wants to ensure that this initiative continues, and said there were encouraging signs around the world.

He pointed to Indonesia, which is hosting a meeting of G20 heads of government this week in Bali. “Indonesia has shifted its position fundamentally,” he said. “When Indonesia says they are going to do something, they have a pretty good record of doing it.”

Post-Brexit trade policies should be engineered to help developing countries to move to more sustainable practices, Goldsmith said, for instance by reducing tariffs and other barriers to imports produced using low-carbon or environmentally sustainable methods. He has discussed with Kemi Badenoch, the new international trade secretary, how this can be achieved.

He gave the example of tuna from the Maldives, which is caught using sustainable fishing methods, but subject to high tariffs. Removing those tariffs would encourage sustainable production, Goldsmith said, and cited Gabon and Costa Rica as countries that have taken steps to protect their forests and natural environment but face trade barriers with the UK.

Poor countries wanted trade not aid, he added. “Trade is the thing that’s really going to change stuff,” he said. “They know aid is not going to do it.”

Goldsmith warned that the UK’s pledges on cutting greenhouse gas emissions and providing financial help to poor countries, made on the world stage at Cop26 at Glasgow last year, must be kept by Sunak, who was initially reluctant to attend Cop27.

“Last year we made promises to so many vulnerable countries,” he said. “To break them would be to lose all credibility and respect, forever.”