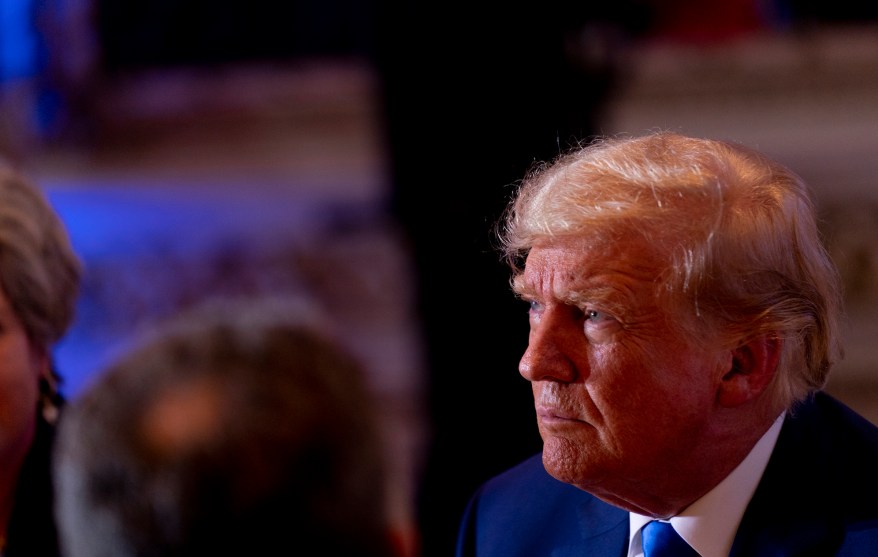 Donald Trump’s declaration that he’s running for president again in 2024 in some ways changes nothing—Trump has never really left campaign mode since his defeat and subsequent coup attempt, and he has continued to hold rallies and talk incessantly about the possibility of another term in the White House. But there are reasons that most presidential contenders don’t officially declare their candidacies so early in the race. Many presidential hopefuls actually go to outlandish lengths to avoid declaring themselves candidates.

There are, in fact, quite a few rules that come along with announcing an official bid—rules that require a lot of paperwork and restrict fundraising efforts. And perhaps most relevant to Trump, who is fending off legal actions against his business empire in New York, there are also rules that will require him to disclose his finances in great detail.

Here are three of the most significant consequences that Trump triggered when he made his latest campaign official:

Any announced presidential candidate must file a comprehensive personal financial disclosure within 30 days of declaring their candidacy. There is a loophole that allows a candidate to wait until May 10 if they declare early in the year, and Trump could’ve used that to delay revealing the state of his finances if only he’d waited until January 1 to announce his bid. But he didn’t. So, instead, by December 15, Trump must file forms that list his current assets—all of his property and his investments, as well as all of his debts. Trump filed one before he left office in early 2021. More recent details have been revealed in connection with the $250 million civil fraud lawsuit that New York Attorney General Letitia James has filed against him. But none of these documents show his current finances. If Trump has invested in any new projects or signed any new deals—and it was reported on Monday evening he has recently inked an agreement with Saudi Arabian developers to lend his name to a golf course—all of this will be disclosed. Trump will also have to value his stake in the company behind his struggling Truth Social app.

No coordination with super-PACs

Trump has an ever-evolving array of fundraising groups swirling around him at any given time—PACs, leadership PACs, super-PACs, dark money groups—and it’s not always clear which ones have his endorsement and his involvement. But that will have to change now that Trump is a candidate. There aren’t many rules around super-PACs, but one big rule is pretty clear: Candidates should not work closely with super-PACs and other outside spending groups.

Campaigns, which are operated by the candidate, can only raise money from individuals and political action committees, and not directly from corporations. Individuals can only donate $5,900 per election, and PACs can only donate $10,000. And when campaigns spend money on, say, a television attack ad, they have to make it clear that the candidate paid for it—a real downside when saying something particularly nasty. Super-PACs, on the other hand, can take unlimited amounts of money from people, PACs, and corporations and can say what they like in ads, so long as the candidate isn’t the one directing them to do it. While Trump has a potent small-dollar fundraising operation, he won’t be able to work so closely with any of the outside spending groups that can collect huge donations.

In September, Trump appeared to reshuffle some of his fundraising apparatus to create a new super-PAC that seemed to have been set up to lay the groundwork for a future presidential run. Called MAGA, Inc., it consolidated some of the other groups and seemingly tried to focus Trump’s big-dollar fundraising efforts. It’s a common strategy for would-be candidates to stretch out for as long as possible their status as a non-candidate so they can closely work with these groups—in 2015, Jeb Bush assiduously pretended to not be running in order to help an affiliated super-PAC pile up almost $100 million in cash to help drive off potential competitors. On the one hand, Trump’s campaign smashed all of Bush’s best laid plans; arguably putting off the campaign to build up the super-PAC might not really be the thing to do. But good idea or not, Trump has narrowed his fundraising options before he would have otherwise had to do so.

Trump is a billionaire and prolific fundraiser, but that hasn’t stopped him from convincing the Republican National Committee to subsidize a big chunk of his extensive legal bills—almost $2 million worth at last count. The RNC was picking up the costs, at least in part, for Trump’s fights with James and with Manhattan District Attorney Alvin Bragg—whose prosecutors are currently in court pursuing criminal charges against the Trump Organization over tax fraud allegations. The RNC has said it agreed to pay his bills because the cases are supposedly politically motivated. But last week RNC chair Ronna McDaniel said that would have to stop if Trump declared himself a presidential candidate because of the need for the RNC to remain neutral in any primary battle. Trump has other sources of money; his own PACs have chipped in about $7 million to defray his legal bills. But his legal woes are far from over.