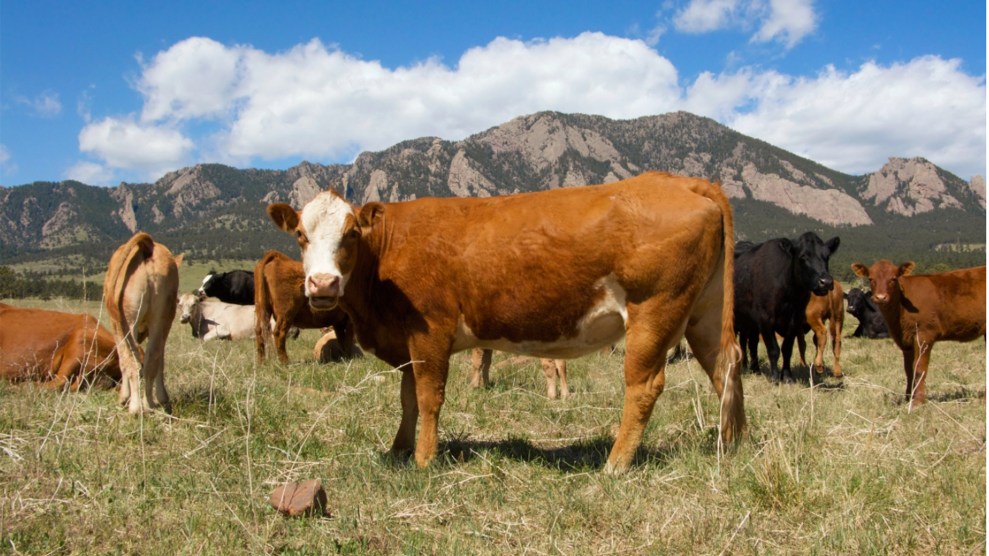 Investigators in Colorado have been left baffled after dozens of cattle inexplicably dropped dead in a remote corner of the state.

The mystery has triggered a wave of US press coverage, with the New York Post running a headline claiming: “Cattle slaughtered by mystery creature that left no tracks.”

About 40 cows and calves have been found dead near the town of Meeker, in northwest Colorado, in the past two months. Wolves were initially blamed for the deaths, but Colorado Parks & Wildlife officials have since said that only five of the deceased cattle showed wolf-related injuries.

The investigation has since focused on whether the cows could have been infected with a deadly bacteria, but postmortems have revealed no evidence of that, either. The saga is “perplexing,” Travis Black, CPW northwest region manager, told a parks commission in mid-November. “We’re scratching our heads a little bit. We don’t know exactly what has occurred up there.”

A rancher in Meeker first reported the deaths of 18 cattle in October. At the time, CPW officials thought wolves could have slaughtered the animals, but as the number of the dead continued to grow, it emerged that only five showed the hallmarks of a wolf attack, described by Black as “missing tails, bite marks on the hocks and flanks and hamstrings.” There was also no evidence that wolves had returned to their prey, which Black said was unusual.

The Denver Post reported that investigators have used sophisticated technology to determine if wolves are present in the area, including trail cameras and manned flights. The search has also included howling surveys, during which, according to the website All Things Nature, “biologists will stop periodically and howl, and then wait for a response.”

At the culmination of these efforts, Black said: “We have no evidence of wolves in that area.” He added: “That doesn’t mean they’re not there. Sometimes wolves can be difficult to locate.”

CPR News reported that wildlife officers are monitoring a wolf family based in Jackson county, but the wolves’ territory is 100 miles from the location of the cattle deaths.

Officials have also investigated whether the cattle could have had a bacterial infection, Black said. Certain bacteria can lie dormant in a cow before being aggravated by stressful situations, such as being hunted by wolves or dogs.

Examinations of the dead cattle have proved inconclusive, however. The Denver Post reported that microscopic lesions, which typically indicate a bacterial infection, were not present in the animals.

Black said the investigation would continue, and admitted it can take time to find evidence of wolves, but as it stands, there is no explanation for the deaths of the cattle.

“We’re trying not to jump to conclusions here,” Black said.