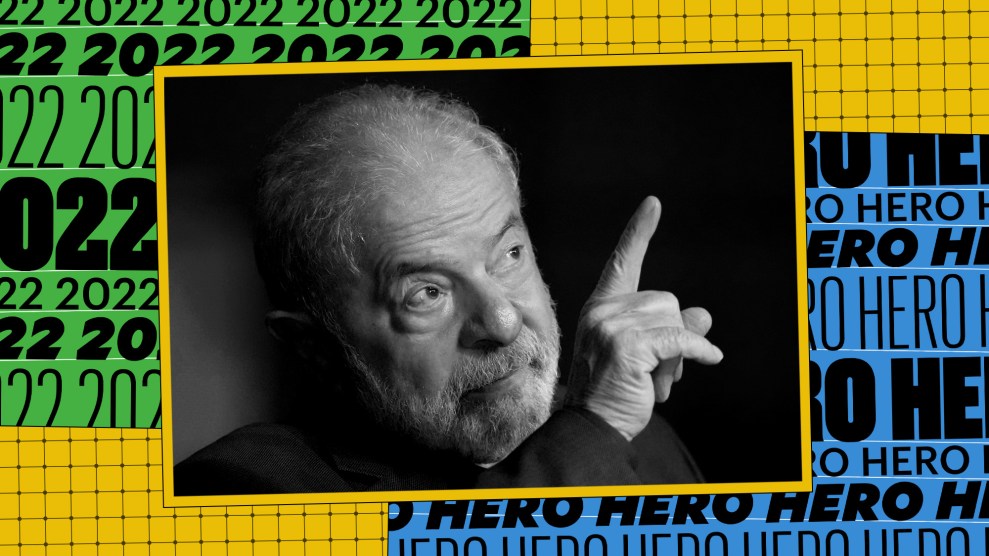 Imagine you are the seventh of eight children born to poor, illiterate farmers in the countryside of northeast Brazil. You spend your early life in a house made of mud and sticks. When you’re seven years old your family sets off for the big city, and you find work as a shoe shiner. As a teenager, you become a metalworker. It’s a tough trade. You lose a finger in an accident when you’re 17. Your 18th birthday coincides with a United States-backed military coup, and a repressive dictatorship takes power. In response, you get involved in your union. As a labor leader, you lead the first mass strikes since the dictatorship took power. In fact, you lead general strikes that at their peak involve over twenty million workers. Your leadership helps bring democracy back to the country. Along the way, you are imprisoned. You lose your first wife and newborn baby to pregnancy complications.

You help found a political party hoping to bring dignity to the poor and working class. You spend the next twenty years leading this worker’s party. After many fits, starts—and perhaps one too many compromises—you finally win the presidency. During your administration, you implement some of the most successful social democratic reforms of the 21st century. You bring 40 million people out of poverty. The president of the United States calls you “the most popular politician on earth.” After two terms, you leave office with a staggering 87 percent approval rating.

Then it all comes crashing down.

Your hand-picked successor is impeached. A nasty former Army captain and once-fringe politician nostalgic for the military dictatorship ascends. You announce a third attempt at the presidency, but you’re targeted by a massive corruption investigation that has enveloped the party you founded. You watch the neo-fascist win the presidency from a prison cell, where you’ve been sentenced to twelve years. The new president appoints the judge that convicted you as the country’s new justice minister.

You learn, through leaked messages that the corruption investigation was a potential political hit-job to prevent you from running in 2018. The U.S Department of Justice was involved. Near the end of your second year behind bars, your conviction is reversed. You’re released to a country that’s been ravaged by an incompetent response to the pandemic. The far-right has grown stronger. Deforestation of the Amazon rainforest has accelerated.

And so what would you do?

Luiz Inácio Lula Da Silva said he would run for president. This is the abridged story of his rise, fall, and, this year, rise once again. After he left prison, he announced a campaign to reclaim the presidency.

This past October, Lula defeated incumbent Jair Bolsonaro to become the next President of Brazil, in what is perhaps the most impressive political comeback story since Nelson Mandela.

As my colleague Isabela Dias documented, he assembled a broad popular front—made up of everyone from his old center-right bourgeois rivals to Marxists in the Landless Workers Movement. He pledged to “ensure that everyone has breakfast, lunch, and dinner every single day.”

His victory becomes all the more poignant and inspirational when you return to the final speech he gave to his supporters before he turned himself in 2018, captured in Petra Costa’s excellent documentary The Edge of Democracy.

I’m going to quote what a little ten-year-old girl once said to me in Catanduva [a city in the state of São Paulo], a quote that has no author. She said: the powers that be might kill one, two, or three roses, but they will never be able to stop the Spring from coming.

And our struggle is a quest for the Spring.”