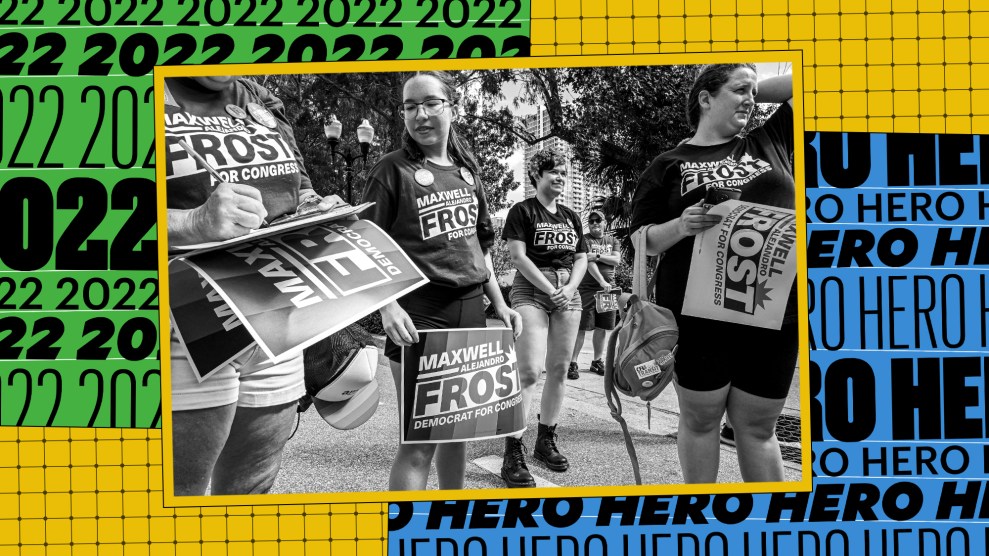 Lauren Nicks, a college student in Georgia, voted for the second time this year. Her vote was her voice, she says, and she was motivated enough to figure out the logistics of sending in an absentee ballot to her home state of New York. She was part of the massive youth voter turnout in November, a trend that helped Democrats keep some control of Congress.

2022 was the red wave that wasn’t, and we have Nicks and other Gen Z voters to thank for that. Especially in states where elections were close, such as Pennsylvania, Georgia, and Arizona, youth voters seem to have been a big deciding factor in Democrats winning.

“Voting is not a complete solution,” to solving the issues she’d like to see fixed, Nicks says. “It’s a stepping stone, but it’s something that’s necessary.”

According to exit polling from ABC News, 18 to 29-year-olds accounted for 12 percent of the vote nationwide but favored Democratic House candidates by 28 points over Republican candidates. In John Fetterman’s victory in Pennsylvania, the only senate race to flip in favor of Democrats, 70 percent of youth voters backed him. In Arizona, where Katie Hobbs narrowly won the governor seat and Mark Kelly narrowly kept his spot in the Senate, that same age group voted for Democrats 76 percent of the time.

“I think that there’s no question that young voters are a political force to be reckoned with in this country,” Ezra Olieff-Lieberman, a communications director with Sunrise Movement, and a Gen Z voter, says. “And I think it’s not just young people, it’s working class people, it’s Black and brown communities. The people who are on the frontlines of these issues are the ones who have been fighting and organizing to win the world that we deserve.”

Like most elections in the past decade, it feels like a lot is on the line, especially for young people, which may explain why they turned out to vote in high numbers. Josie Mitz, another Sunrise organizer whose a cusp Millennial-Gen Zer, told me that concerns about abortion rights after Roe v. Wade was overturned, plus joy at the student loan forgiveness program, helped mobilize the youth to vote.

“A lot of the messaging [we sent] was just about democracy as a whole being at risk. And then I think we saw a shift in language across the country when Roe v. Wade fell because I think that reproductive rights is a huge issue for young people,” Mitz says. “Before that happened [it was hard] to get young people excited about voting in general.”

One might expect that TikTok was utilized to try and get young people to vote, but Mitz and Oliff-Lieberman say that wasn’t quite the case. Although TikTok was used, get out the vote groups still relied on more traditional methods like calling and knocking on doors.

Oliff-Lieberman noted that, though they are celebrating their November victories, young voters are looking to the future to make sure they hold the people they elected accountable and tackle the “crises” of our time.

“We know that the Democratic Party has only just gotten around to starting to take steps on the issues that we’re facing, like climate and student debt and abortion,” Oliff-Lieberman tells me. “If they go even further and actually tackle these crises at the scale that they require, I don’t think that we’ll be scraping by with victories. We can mobilize our generation in even greater numbers going forward.”