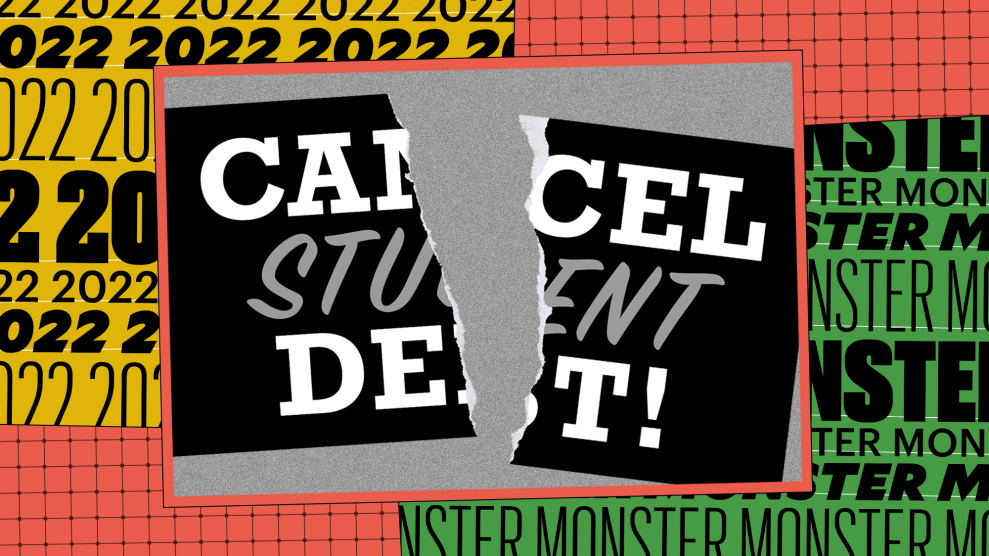 When the Biden administration announced in late summer that they would be cancelling $10,000 of student debt per borrower, Americans had thoughts. Some cried tears of joy on TikTok, others went off online with assorted criticisms: The administration should cancel more debt, or less debt, or tighten relief eligibility, or loosen it, and also deal with the root cause of the problem—skyrocketing college tuition. There were plenty of smart points and some not-so-smart ones, but in politics, you really can’t please everyone.

But here’s what these critics did not do: set out to sink the entire program, which would improve the financial lives of more than 40 million people, over their personal criticisms.

Enter a small right-wing group in Texas, and the two people they drummed up to sue the Biden administration to stop student debt cancellation. In a federal lawsuit that will be heard by the US Supreme Court this winter, these two claim that relief for tens of millions of indebted Americans is unfair because they’re not included. The entitlement runneth over.

In a federal lawsuit that will be heard by the US Supreme Court this winter, these two claim that relief for tens of millions of indebted Americans is unfair because they’re not included. The entitlement runneth over.

To understand their case, here is some background: The Biden administration devised the relief plan to target student debt cancellation towards borrowers who needed it the most. They limited the relief to borrowers making $125,000 or less, and then offered double the relief, $20,000, only to students from the lowest-income backgrounds, measured by whether they’d received Pell grants for college. (Pell grants are the federal grants expressly given to the poorest students; in 2020, the majority of recipients came from families with household incomes of $30,000 or less.)

One of the two plaintiffs—a Texas man named Alexander Taylor—does qualify for $10,000 in student debt relief. He earns less than $125,000 per year, and holds more than $35,000 in eligible federal loans. But he does not qualify for the extra $10,000 of cancellation because he didn’t get a Pell grant in college. So, over the perceived slight of having parents who were not poor, he has sued to deprive millions—and himself!—of any debt relief at all. If he wins, he will be $10,000 poorer. Give this man a medal.

The other plaintiff is a Texas woman named Myra Brown who runs a sign-making business. Brown took out federal loans to get an MBA at Southern Methodist University in Dallas, but the remaining $17,000 in debt doesn’t qualify for Biden’s debt relief because it is held by private banks.

But Brown has gotten a recent government payout. As the pandemic ramped up in spring 2020, Brown took advantage of the federal government’s emergency Paycheck Protection Program (PPP) loans given to businesses to keep workers on payroll as the COVID economy cratered. She obtained $48,000 in PPP loans; later, $47,996 of that loan was forgiven by the federal government.

Having been the beneficiary of a generous federal loan forgiveness program, her logical response is now to deprive others of a similar privilege because this time she can’t participate.

“If the Department is going to provide debt forgiveness, I believe that my student loan debt should be forgiven too,” she wrote to the court. “I believe it is irrational, arbitrary, and unfair to exclude me from the program.”

The group financing the lawsuit, the Job Creator’s Network, has spent years pushing for gifts from the government in the form of lower taxes and porous corporate taxation policy.

Not to be outdone, the group financing the lawsuit, the Job Creator’s Network, also has its own history of encouraging government handouts—selectively, of course. Though they’re now the face of the campaign to end what they call Biden’s “illegal student loan bailout,” they’ve spent years pushing for gifts from the government in the form of lower taxes and porous corporate taxation policy that leaves lots of room for the sort of tax maneuvering that most of us regular folks will only ever understand if we win the Powerball. The business advocacy group, cofounded by Home Depot cofounder and Trump donor Bernie Marcus and led by the CEOs of major companies, ran not one but two national bus tours in 2017 and 2018 to promote Donald Trump’s tax bill, which slashed taxes for businesses by 14 percent, while also enacting other tax policies that have been shown to disproportionately benefit the wealthiest households.

In the first year after the tax bill’s passage, their bus, emblazoned with the motto “Tax Cuts Work,” drove from state to state, making stops with Republican lawmakers who promised their constituents that cutting business taxes would trickle down to them in the form of higher wages and better jobs. In that same year, 82 of the wealthiest American households saved more than $1 billion in taxes, while many major corporations used their tax savings to enrich their executives and shareholders through stock buybacks, instead of passing them on to workers.

Brown and Taylor’s debt cancellation challenge is joined by another one, from six Republican-led states, that will also be heard by the Supreme Court this February. The high court has blocked the debt relief from going out until those cases are decided. If the justices deem Biden’s debt relief to be illegal, the hard-fought battle for student debt cancellation, which began more than a decade ago, will be faced with limited options. Their best one will be to convince the administration to attempt debt cancellation using a different legal authority than the one Biden used this time around. But then, of course, the cycle of lawsuits from the Myra Browns and Alexander Taylors of the world is sure to begin again.