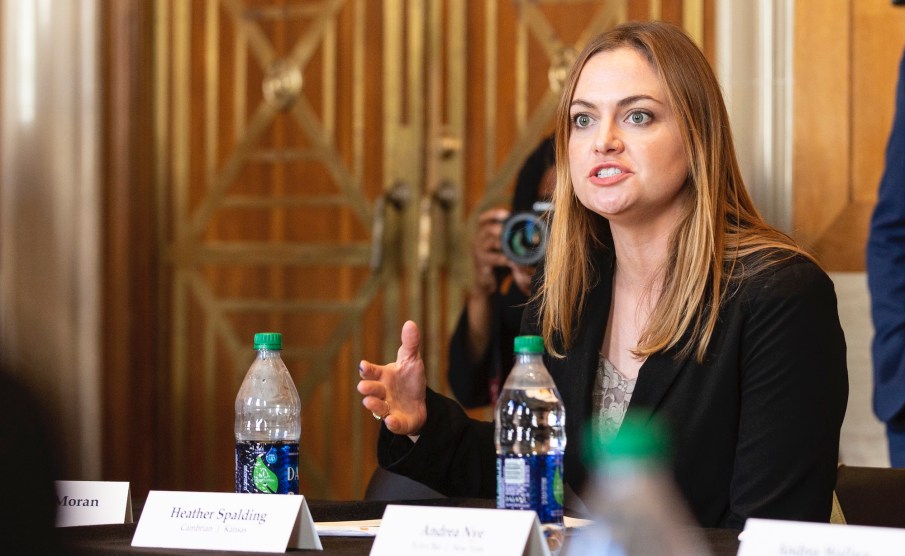 This content was written by Randi Druzin and paid for by The Kauffman Foundation; it is not written by and does not necessarily reflect the views of Mother Jones’ editorial staff. See our advertising guidelines to learn more.

As a wife, mother, and small-business owner, Heather Spalding has many concerns. But the one that keeps her awake at night most often is health care. “I’m constantly asking myself, ‘What will we do if we don’t have health care?’” says Spalding, whose company designs augmented reality software for mobile devices. “‘Should I be looking for a job so I can get coverage for my family?’”

All entrepreneurs face challenges in their journeys. Some, like Spalding, struggle to maintain affordable and quality health care for themselves and their families. Some struggle to pay off student loans or meet other financial obligations. Still others face these and more challenges all at once. It’s clear that policymakers must take steps to eliminate these obstacles if American entrepreneurs are to thrive.

Spalding and her husband, Joel Teply, started Cambrian as a side project in 2011. Five years later, both of them left their jobs and started working for the Kansas-based company full-time. He stepped into the role of chief technology officer and she became chief operating officer, leading their company through the startup phase. They soon found a market for their product, an app that provides a representation of a completed home project. (It allows users to visualize their homes with new paint and flooring.)

Today, Spalding and Teply are working with three contractors, and their app, Home Harmony, is creating a buzz. But the future of Cambrian is uncertain in large part because of health care costs. The company doesn’t have enough full-time employees to qualify for most group health insurance plans, and those plans it does qualify for are prohibitively expensive. The cost is greater than the couple’s mortgage payments.

“We’re paying $1,661.23 per month for health care coverage,” says Spalding. “If our business status changes, we’ll have to look for an alternative and I don’t know if there is one. If one thing kills our business it will be health care costs.”

“It’s ridiculous that health care is linked to business. That puts people who leave their jobs in a precarious spot. People just don’t have the freedom to move around and try new things.”

Business owner Jenny Poon says many entrepreneurs need better access to capital. Poon, whose Arizona-based company, Co+Hoots, is a co-working space, incubator, and accelerator, commends some levels of government for setting aside funds for entrepreneurs, but criticizes them for not making these business owners aware of the resource.

“In some instances there are funds available but entrepreneurs don’t know about them,” says Poon, who founded Co+Hoots in 2010. She points to a local business assistance program funded by the federal Coronavirus Aid, Relief, and Economic Security (CARES) Act. “I found out about the program because a municipal worker I was speaking to told me about it. But how would an entrepreneur from a marginalized community find out about it? She wouldn’t even think of looking for capital on a government website.”

The inability to access available funds is an obstacle facing many entrepreneurs, Poon says, so better institutional outreach is needed.

There’s less risk in societies with robust social welfare nets. In the Netherlands, the cost of health care and education is so low that citizens risk less by becoming entrepreneurs. “My husband and I have never had to think about health care costs as entrepreneurs,” says Kristen Camara, an independent designer, illustrator, and art director based in Amsterdam. “Costs vary according to income but they’re always very low.”

But Ortmans says even a small change can go a long way toward reducing risk and promoting entrepreneurship. He points to France as an example. At one point, French citizens who were collecting unemployment insurance had little incentive to start businesses because doing so would end their benefits. The French government modified the program in 2001 so anyone who started a business could continue to collect unemployment insurance for a limited time. The government also guaranteed those individuals they’d be eligible for benefits again if their businesses failed. The result was a 25 percent increase in the rate of new business creation.

There’s a great interest in entrepreneurship among American workers. According to the 2017 America’s Small Business Development Center survey, 41 percent would quit their jobs and start new businesses in the next six months if they had the tools and resources they needed. One critical resource is a safety net that supports entrepreneurial risk-taking.

This need has prompted the Kauffman Foundation to work with GEN to promote initiatives outlined in America’s New Business Plan, which was released by the foundation last year.

“During Global Entrepreneurship Week, November 16–22, thousands of virtual events across the country will bring entrepreneurs together to find ways to overcome barriers and advocate for policies that will help our economy rebuild following the COVID-19 pandemic,” says Jason Wiens, policy director at the Kauffman Foundation. “We need to support more entrepreneurs, especially those from communities that have been historically disinvested, to establish more inclusive and prosperous communities.”

“If policymakers want our economy to flourish, they have to lower the barrier of entry for startups and create some sort of safety net for them,” says Cambrian’s Spalding. “This is what entrepreneurs really need.”