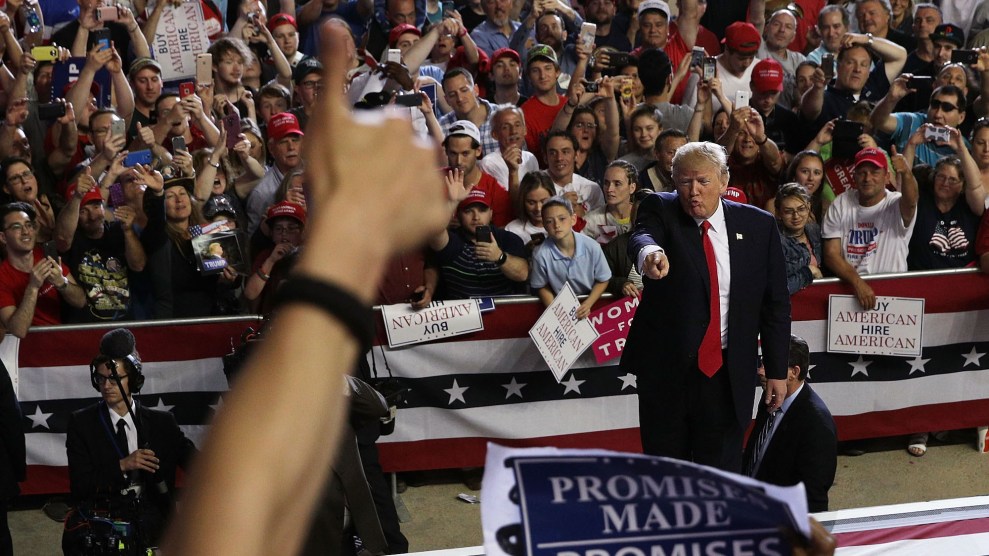 Last week, Anthony Fauci, a member of President Trump’s coronavirus task force and one of the country’s most trusted infectious disease experts, told Politico, “you don’t want to go to war with a president.”

“But,” he cautioned, “you got to walk the fine balance of making sure you continue to tell the truth.”

On Monday evening, in perhaps the most fraught example yet of Fauci’s delicate attempt to fulfill his public health duties without pissing off the president, the director of the National Institute of Allergy and Infectious Diseases danced around the question of whether the president should continue to hold campaign rallies amid the outbreak, with more than 500 Americans testing positive for the coronavirus disease in 35 states.

During a White House press conference announcing the forthcoming release of new guidelines for Americans to protect themselves against the coronavirus, Fauci said that governors, mayors, and other individuals (such as festival organizers) who are cancelling large-scale public events are probably acting out of “an abundance of caution,” and are typically in areas of “documented community spread” of the virus.

Those areas—where there have been documented cases in which the source of the coronavirus infection is unknown—include the region around Seattle; Santa Clara County, California; Westchester County, New York; and Florida, according to the Centers for Disease Control and Prevention. But Fauci warned, “it’s a possibility that there’s community spread going on in areas in which we’re not detecting it yet.”

Pressed on the topic of campaign rallies by a journalist, Fauci first said he couldn’t comment, before adding that it would depend on the circumstances and timing—in a seeming attempt to avoid getting tied into any singular position on the topic.

“If you’re talking about a campaign rally tomorrow in a place where there is no community spread, I think the judgment to have it might be a good judgement,” he said. “If you want to talk about large gatherings in a place where you have community spread, I think that’s a judgement call. And if someone decides they want to cancel it, I wouldn’t publicly criticize it.”

Trump’s last campaign rally was in Charlotte, North Carolina, and smaller campaign events and fundraisers continued last week and over the weekend. His campaign website currently shows no scheduled rallies, even though the campaign’s communication director insisted Sunday that the campaign is “proceeding as normal” despite concerns about the coronavirus.

Meanwhile, the president is still putting himself out there, doing the thing health officials are telling Americans not to do: shaking hands.