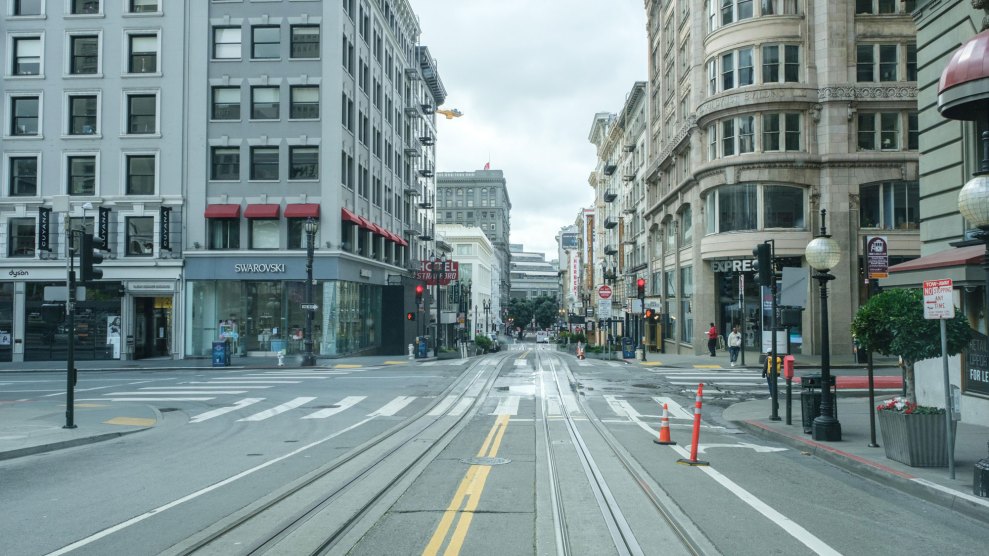 Why has San Francisco thus far been spared the worst of COVID-19’s impact? On Monday, the city reported 374 cases, with six deaths, a fraction of the state’s 7,414 cases. Doctors have yet to see the surge in coronavirus cases that has overwhelmed hospitals in New York City, which has 38,087 confirmed cases and 914 deaths in all.

Density might explain some of the discrepancies with New York City. NYC is the densest big city in the country, at 28,000 people per square mile; San Francisco, the second-densest city, has 18,000 per square mile. But there are other factors that may have dampened the effects of the virus: early, aggressive interventions by political and public health officials to contain the spread of the coronavirus and steel the system against an outbreak. Taken as a whole, they suggest San Francisco saved a lot of lives by starting the clock on a response well before the coronavirus had officially arrived in the city.

On Feb. 25, nine days before San Francisco announced its first two coronavirus crisis, Mayor London Breed declared a state of emergency, allowing the city to fast-track hiring and loosening up funds and resources from the state and federal government. At the time there were 57 cases throughout the United States. It would be more than two weeks before New York City declared its own state of the emergency, at which point the city had 95 cases.

As the San Francisco Chronicle‘s Heather Knight points out, Breed’s emergency declaration sped up preparations for a coronavirus response. Among other things it allowed the city to expand its emergency operations center. In two weeks, San Francisco hired 82 nurses, a process that typically takes months. In a month, Breed managed to score 30 recreational vehicles to serve as “isolation housing” for homeless people who test positive for the coronavirus but did not need hospitalization. And starting this week, the Moscone Center will turn into a homeless shelter for 600 people who need medical care while the city tries to secure 3,000 hotel rooms for homeless people and health care workers.

On March 11, six days after it announced its first two coronavirus cases, San Francisco barred gatherings of more than 1,000 people at a time and told folks not to leave their homes unless they needed to go grocery shopping and visit medical professionals. This set the stage for more dramatic measures at a time when President Trump was assuring Americans that the “risk is very, very low.”On March 16, a day after the Centers for Disease Control and Prevention advised against gatherings of at least 50 people, San Francisco along with five other Bay Area counties issued shelter-in-place orders, affecting 6.7 million people in all. On March 19, the rest of California followed suit. On March 20, 19 days after New York City reported its first case, New York Gov. Andrew Cuomo ordered a pause on non-essential businesses and a de facto quarantine order as cases began to swell.

In San Francisco, after reports emerged of people flooding city parks and beaches, Breed vowed to crack down on the social distancing order, closing playgrounds and warning that public spaces could be next. “You are putting lives at stake. You are putting public health in jeopardy,” Breed said during a press conference on March 23. “What happens if it’s your grandmother? What happens if it’s your uncle? It’s a matter of life or death.”

San Francisco’s public health director, Dr. Grant Colfax, had been tracking the coronavirus’ trajectory since December. In stark contrast, as the Washington Post reported, intelligence officials gave “ominous, classified warnings” of an impending pandemic in January and February, even as Trump and others downplayed the threat to the United States.

Prepared for the surge

Despite their apparent success in mitigating the spread of the virus, Breed and other officials on Wednesday were still preparing for the worst as they pleaded for more resources ahead of an anticipated surge in cases. The Chronicle reported that the city still needed 1,500 more ventilators and 5,000 more hospital beds to manage the peak of the coronavirus outbreak, based on a model comparing what’s happening in San Francisco to what transpired in Wuhan, China; New York City; and Italy. Like other officials, Breed requested from the federal government more protective gear, testing, ventilators, and beds ahead of the surge.

The hope ultimately is to give hospitals more capacity to absorb the surge. As my colleague Julia Lurie pointed out two weeks ago in her look at UCSF Medical Center:

The hospital canceled elective surgeries to free up manpower, bed space, and, supplies, and it set up “COVID wards” for patients admitted to the hospital with coronavirus. As of Monday, security guards are posted outside the hospital to screen every person as they walk in, asking questions about respiratory symptoms, fevers, and “high-risk contact” with anyone with coronavirus.

Last week, the hospital erected two military-grade tent structures in the parking lot to triage incoming patients with respiratory symptoms: one for less ill, “treat-and-release” patients, the other for more serious cases that may necessitate being admitted to the hospital.

“It is plausible that … we could have a scenario similar to the one that is playing out in New York this very day,” Colfax said on Wednesday. “I’m sorry to say the worst is yet to come. Yet we are preparing, as we have been since the very beginning of this emergency.”