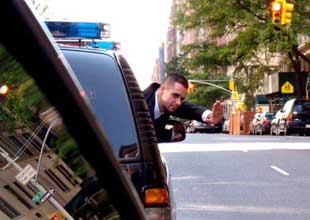 US Department of State

For years a group representing current and former State Department officials has warned of an “above-the-law” culture that has taken root within the agency’s law enforcement division, the Bureau of Diplomatic Security. No one paid much attention—and now the State Department could have a major scandal on its hands.

Court records unsealed Tuesday suggest that diplomatic security officers may have worked to impede the investigation into 2007’s mass shooting in Baghdad’s Nisour Square by Blackwater personnel. The New York Times‘ James Risen unearthed a key exchange, buried in thousands of pages of court transcripts, in which Kenneth Kohl, the lead prosecutor in the case against five former Blackwater guards, recalls an interview with a diplomatic security officer stationed at the US Embassy in Baghdad when the episode occurred:

“I talked to David Farrington, who was concerned, who expressed concern about the integrity of the work being done by his fellow officers,” Mr. Kohl recalled. He said that Mr. Farrington had said he was in meetings where diplomatic security agents said that after they had gone to the scene and picked up casings and other evidence, “They said we’ve got enough to get these guys off now.”

Following the dismissal of charges against the former Blackwater contractors, the Justice Department—and Kohl himself—have been harshly criticized for bungling the high-profile case. In December, when the charges were thrown out, the federal judge presiding over the case said prosecutors had forced his hand by relying on inadmissible statements the guards had been compelled to make under the terms of Blackwater’s contract with the State Department. Farrington’s comments, if accurate, not only reveal a new dimension to the case—they support accusations that have circulated for years about impropriety by the diplomatic security branch.

After Nisour Square, Concerned Foreign Service Officers (CFSO), an association of current and former State Department personnel that was founded by foreign service officers who felt their security clearances had been unfairly suspended by Diplomatic Security, released a statement saying the incident was a direct result of “the ‘above-the-law’ culture that has developed in the State Department’s Bureau of Diplomatic Security,” which oversaw Blackwater’s personnel and other security contractors protecting diplomats overseas. When, two years later and on Diplomatic Security’s watch, the hard-partying and hazing of ArmourGroup’s Kabul embassy guards caused an international incident, CFSO again faulted the lawless environment within the bureau:

The internal corporate culture of the State Department’s Bureau of Diplomatic Security promotes the concept that all things are allowable in defense of the nation’s security, and that employees who perform illegal acts in the name of security will be protected. The directors of the Bureau of Diplomatic Security’s security infrastructure promote an all-for-one team mentality which encourages agents to view themselves as being above the law. Complaints of improprieties in investigations and other activities are routinely ignored. Internal oversight is a joke and external oversight is blocked. The ugly photos currently making the news are a particularly ugly manifestation of that culture.

A recently retired veteran of the Diplomatic Security division and member of CFSO told me he’s not surprised that officers of the bureau may have tried to derail the Nisour Sqaure investigation. “It was too big a contract to oversee at that time,” he says. “Blackwater was the sole source that was helping DS to get the job done to protect US diplomats in Iraq and they didn’t want anything to upset the apple cart. I could see them wanting to take every means to protect Blackwater.”

Responding to allegations that diplomatic security officers obstructed the Blackwater case, PJ Crowley, the State Department’s top spokesman, told the Times: “We took the case seriously from the outset. We invited the F.B.I. to join the investigation, and more than two years later, we continue to pursue the case and seek justice.”

Even so, Kohl, the Justice Department prosecutor, has said he experienced “an undercurrent of obstruction in this case.” And, as the government appeals its case, additional evidence of State Department stonewalling could surely emerge, further embarassing the agency even as it continues to deal with the diplomatic fallout of the flawed Blackwater prosecution.

In the past, CFSO hasn’t been alone in criticizing Diplomatic Security’s “culture.” Last September, Dov Zakheim, who served as a top Pentagon official during the Bush administration, alluded to misconduct by this division during a hearing of the Commission on Wartime Contracting, of which he’s a member. The hearing, held two weeks after ArmorGroup’s embassy scandal broke, focused on the State Department’s oversight of contractors. At the time, Zakheim described the lewd conduct of the company’s embassy guards—documented in a series of graphic pictures circulated widely online—as “the equivalent of Abu Ghraib for Afghanistan.”

“By the way,” he said [PDF], addressing Patrick Kennedy, the undersecretary of state for management, “I have been in touch with a bunch of our folks in Kabul as recently as yesterday, and I want to read you some of the reactions that are coming out of our own embassy in Kabul about this: ‘We knew nothing of the contract problems until the story broke.  An incredible breakdown of communications, problems stemming from 2007, and DS, Diplomatic Security, never passed this on to us.  They have their own culture.’ I think this is the biggest challenge for you, Ambassador Kennedy, dealing with a culture that fundamentally is out of whack with the interest of the United States of America in Afghanistan.”

Part of that culture, according to the diplomatic security veteran, is “a bigtime revolving door” through which security contractors from Blackwater and other security firms land jobs at the bureau, effectively overseeing their former employers and colleagues. Over the years, the division forged a particularly close relationship with Blackwater, he says. The result, he adds, was that “accountability and oversight fell by the wayside.”