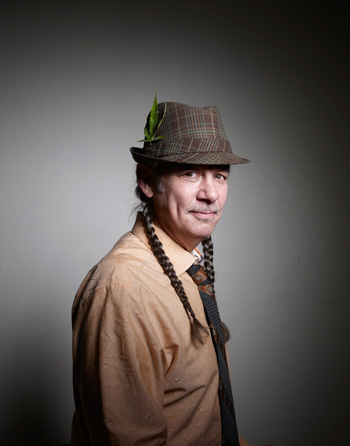 In February, 2009, the US Department of Justice announced that it would no longer raid medical marijuana dispensaries that abided by state laws, sparking a boom in quasi-legal cannabis investments that I detail today in “Joint Ventures” (my feature from the January/February print magazine that’s now online). Even so, the fast-growing grey-market in ganja could be about to get pruned. The Internal Revenue Service is reportedly auditing some of California’s largest and most reputable medical pot dispensaries, examining their compliance with an obscure section of tax law aimed at drug dealers. Dispensary owners say that the provision, if strictly applied, could effectively snuff out the nation’s burgeoning medical marijuana industry.

Enacted in 1982, the year that President Ronald Reagan declared a “War on Drugs,” section 280E of the federal tax code explicitly bans any tax deductions related to “trafficking in controlled substances.” Though 280E predated the legalization of medical marijuana in California and other states, it has remained “like a dagger held at the throat of every medical cannabis organization,” says Steve D’Angelo, the founder of Oakland’s Harborside Health Center, which recently underwent an audit by the IRS that targeted its compliance with the provision. “If 280E is applied literally and strictly, it has the potential to close down Harborside and every other medical cannabis dispensary.”

According to Americans for Safe Access, a nonprofit group that advocates on behalf of medical marijuana users and growers, the IRS has recently launched audits of several other large dispensaries in California based on 280E. (The IRS did not return a phone call last week). “I think it’s a new front [in the War on Drugs],” says Caren Woodson, the ASA’s director of government affairs. “We’re nervous that this is going to have a big effect.”

In recent years, dispensary owners had assumed that problems with 280E were behind them. In 2005, the IRS audited the San Francisco dispensary Californians Helping to Alleviate Medical Problems (CHAMP), which successfully argued in court that 280E should apply only to a small fraction of its business that dealt directly with the sale of marijuana. CHAMP primarily served terminally ill AIDS patients and argued that most of its resources went towards counseling and other “caregiving services.”

Of course, as marijuana in California has become “medicine” for just about anyone who be illin, the IRS may be aiming to narrow the CHAMP loophole. Whether the tax men don’t like pot shops or just want a bigger chunk of their revenues—an estimated $1.3 billion last year in California alone—is anyone’s guess. D’Angelo hopes that the IRS is getting involved “because in good faith they want to treat us like legitimate members of the community who should pay our fair share of taxes.”

But just to be safe, he’s ramping up an anti-280E lobbying effort through the new, DC-based National Cannabis Industries Association (“The national voice for the cannabis industry”). California Congressman Pete Stark, a Bay Area Democrat who helped pass the original 280E, may sponsor a bill that would exempt medical pot dispensaries from the law. Ultimately, today’s medical pot retailers may be too big, pervasive, and powerful to stand for being taxed out of business.

Yet the same isn’t true for other parts of the “cannabusiness.” Medical marijuana growers might have a harder time plausibly deducting expenses for yoga classes, acupuncture sessions, and naturopath consultations (all services at Harborside). Specifically, 280E could be a huge pain in the ass of pot growers who are coming out of the shadows to bid on one of the four industrial-scale permits being offered (or maybe not being offered) by the City of Oakland. Which is why Oakland businessmen Dhar Mann and Derek Peterson, the “ganjapreneurs” who I profile in “Joint Ventures,” are so interesting. Despite the obvious risks, these guys aim to be their generation’s “Warren Puff-its.” Whether they suceed or fail, it will certainly be fun to watch.