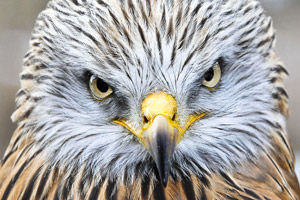 Subj: What climate advocates can learn from the American Revolution.

What’s the path forward for those who support a robust response to the danger of rising greenhouse emissions? It’s always fun to toss ideas around, and I look forward to reading my fellow participants’ contributions. To be more than an intellectual exercise, though, policy development must issue from a clear understanding of power dynamics. Climate hawks’ fatal weakness has always been their attitude toward power, which has wavered between naiveté, diffidence, and disdain.

Conservatives have successfully demonized cap-and-trade, rendering it politically toxic for at least the next several years. In response, the new vogue in energy circles is to campaign for massive public investment in cleantech R&D. And who could oppose that? It sounds reasonable and bipartisan. Then again, so did cap-and-trade in the 1990s, when centrist environmentalists and Republicans developed it as a market-based alternative to command-and-control regulations. Will public investment meet the same sorry fate?

Technology-firsters are convinced things will go differently for them. But cap-and-trade’s defeat owes less to policy—the particular balance of penalties and incentives in the legislation—than to the simple fact that climate hawks lack the social, political, and economic clout wielded by those who benefit from the fossil fuel status quo.

As originally conceived, the climate bill was a wonk’s dream, bristling with policies from carbon pricing to technology investments, consumer dividends, renewable power mandates, and efficiency standards. (Look up Rep. Ed Markey’s iCap bill some time.) Far from the “little tweak far upstream” Alexis describes in his introductory essay, it was intended as a frontal assault on the status quo. But for all the policy grandeur, there was never a realistic strategy to overcome the interests of legislators arrayed against change. By the time the assault reached the castle gates, the bill was mangled beyond recognition. Even its supporters were somewhat relieved to see the bill put out of its misery.

It is now painfully clear that, given the manifold dysfunctions of American politics (filibuster abuse, unrestricted corporate money), the energy status quo is too powerful to take down in direct conflict. It would be a mistake to cluster together under a new banner and provide another fat target. It’s time to heed the lesson America’s revolutionary militias learned after they took a few drubbings at the hands of the British Redcoats: disperse. Take to the hills. Run and gun.

Michael Shellenberger and Ted Nordhaus have assembled a coalition in support of R&D investment, to their great credit. Yet they claim a peculiar priority for that undertaking. “All questions, political and economic, return to questions of technology,” they assure us. If only we could escape the vagaries of culture and politics so easily.

It’s true that the world’s energy systems are shaped by the relative costs of different technologies. But it’s equally true that those costs are shaped by the distribution of economic and political power. Cost is a cultural artifact—the result of a contingent set of economic models, market regulations, political connections, and consumer habits—as much as an objective feature of technology. Dirty-energy incumbents have spent the last century rigging the rules in their favor. Efforts to change costs must attend to sociopolitical and economic reform as well as technological development.

The effects of a distributed, networked insurgency are impossible to predict and difficult to discern even as they unfold. It’s impossible to know in advance where resistance might give way or ground might be gained, so profligacy and opportunism—not parsimony and efficiency—are the watchwords.

There may come a time to muster back together behind a single, dramatic, sweeping plan for change, but not until the coalition has built considerably more bottom-up power. What climate hawks need most now is a nimble, networked pragmatism, focused ruthlessly on wrenching power from the hands of fossil fuel incumbents and deploying it on behalf of a healthier, more democratic energy regime.