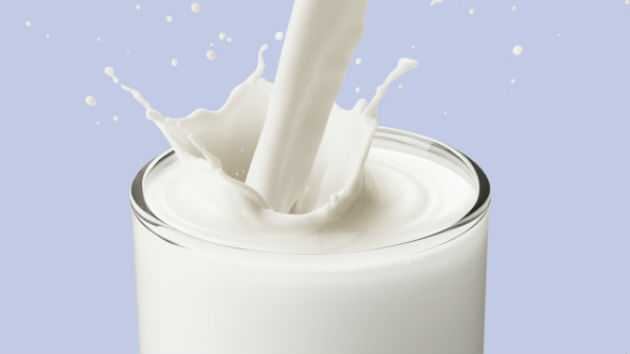 When my in-laws moved from India to the United States some 35 years ago, they couldn’t believe the low cost and abundance of our milk—until they developed digestive problems. They’ll now tell you the same thing I’ve heard a lot of immigrants say: American milk will make you sick.

It turns out that they could be onto something. An emerging body of research suggests that many of the 1 in 4 Americans who exhibit symptoms of lactose intolerance could instead be unable to digest A1, a protein most often found in milk from the high-producing Holstein cows favored by American and some European industrial dairies. The A1 protein is much less prevalent in milk from Jersey, Guernsey, and most Asian and African cow breeds, where, instead, the A2 protein predominates.

“We’ve got a huge amount of observational evidence that a lot of people can digest the A2 but not the A1,” says Keith Woodford, a professor of farm management and agribusiness at New Zealand’s Lincoln University who wrote the 2007 book Devil in the Milk: Illness, Health, and the Politics of A1 and A2 Milk. “More than 100 studies suggest links between the A1 protein and a whole range of health conditions”—everything from heart disease to diabetes to autism, Woodford says, though the evidence is far from conclusive.

Holsteins, the most common dairy-cow breed in the United States, typically produce A1 milk.  Sarahluv/Flickr

For more than a decade, an Auckland-based company called A2 Corporation has been selling a brand of A2 milk in New Zealand and Australia; it now accounts for 8 percent of Australia’s dairy market. In 2012, A2 Corp. introduced its milk in the United Kingdom through the Tesco chain, where a two-liter bottle sells for about 18 percent more than conventional milk.

A2 Corp. recently announced plans to offer its milk in the United States in coming months.

But critics write off the success of A2 Corp. as a victory of marketing over science. Indeed, a 2009 review by the European Food Safety Authority found no link between the consumption of A1 milk and health and digestive problems. So far, much of the research on the matter is funded by A2 Corp., which holds a patent for the only genetic test that can separate A1 from A2 cows. And in 2004, the same year that A2 Corp. went public on the New Zealand Stock Exchange, Australia’s Queensland Health Department fined its marketers $15,000 for making false and misleading claims about the health benefits of its milk.

The A1/A2 debate has raged for years in Australia, New Zealand, and parts of Europe, but it is still virtually unheard of across the pond. That could soon change: A2 Corp. recently announced plans to offer its milk in the United States in coming months. In a letter to investors, the company claims that “consumer research [in Los Angeles] confirms the attractiveness of the A2 proposition.”

The difference between A1 and A2 proteins is subtle: They are different forms of beta-casein, a part of the curds (i.e., milk solids ) that make up about 30 percent of the protein content in milk. The A2 variety of beta-casein mutated into the A1 version several thousand years ago in some European dairy herds. Two genes code for beta-casein, so modern cows can either be purely A2, A1/A2 hybrids, or purely A1. Milk from goats and humans contains only the A2 beta-casein, yet not everyone likes the flavor of goat milk, which also contains comparatively less vitamin B-12—a nutrient essential for creating red blood cells.

The A1 milk hypothesis was devised in 1993 by Bob Elliott, a professor of child health research at the University of Auckland. Elliott believed that consumption of A1 milk could account for the unusually high incidence of type-1 diabetes among Samoan children growing up in New Zealand. He and a colleague, Corran McLachlan, later compared the per capita consumption of A1 milk to the prevalence of diabetes and heart disease in 20 countries and came up with strong correlations.

Critics argued that the relationships could be explained away by other factors, such as diet, lifestyle, and latitude-dependent exposure to vitamin D in sunlight—and in any case started to fall apart when more countries were included.

Yet a 1997 study by Elliott published by the International Dairy Federation showed A1 beta-casein caused mice to develop diabetes, lending support to the hypothesis, and McLachlan remained convinced. In 2000, he partnered with entrepreneur Howard Paterson, then regarded as the wealthiest man on New Zealand’s South Island, to found the A2 Corporation.

Starting in 2003, A2 Corp. sold milk in the United States through a licensing agreement, but pulled out in 2007 after it failed to catch on. Susan Massasso, A2 Corp.’s chief marketing officer, blamed mistakes by the company’s US partner, but declined to elaborate. But now the market dynamics may be changing in A2 Corp.’s favor as compelling new research on the A1/A2 debate grabs headlines in the Australian and UK press.

When digested, A1 beta-casein (but not the A2 variety) releases beta-casomorphin7 (BCM7), an opioid with a structure similar to that of morphine.  Studies increasingly point to BCM7 as a troublemaker. Numerous recent tests, for example, have shown that blood from people with autism and schizophrenia contains higher-than-average amounts of BCM7. In a recent study, Richard Deth, a professor of pharmacology at Northeastern University in Boston, and his postdoctoral fellow, Malav Trivedi, showed in cell cultures that the presence of similarly high amounts of BCM7 in gut cells causes a chain reaction that creates a shortage of antioxidants in neural cells, a condition that other research has tied to autism. The study, underwritten in part by A2 Corp., is now undergoing peer review in the Journal of Nutritional Biochemistry.

Nearly 80 percent of Guernsey cows tested in the US are pure A2, the highest percentage of any traditional breed, according to the American Guernsey Association. podchef/Flickr

The results suggest that drinking A2 milk instead of A1 milk could reduce the symptoms of autism, Trivedi says, but, he adds: “There’s a lot more research that needs to be done to support these claims.”

Researchers without ties to A2 Corp. are also lending increasing support to the A1 hypothesis. One peer-reviewed study conducted at the National Dairy Research Institute in India, published in October in the European Journal of Nutrition, found that mice fed A1 beta-casein overproduced enzymes and immune regulators that other studies have linked to heart disease and autoimmune conditions such as eczema and asthma.

The leading explanation for why some people but not others may react poorly to A1 milk implicates leaky gut syndrome—a concept that got its start in alternative medicine circles but has been gaining wider traction in the medical establishment. The idea is that that loose connections in the gut, like tears in a coffee filter, allow rogue proteins such as BCM7 to enter the body and run amok. The body brings in immune cells to fight them off, creating inflammation that manifests as swelling and pain—a telltale symptom of autoimmune diseases such as arthritis and diabetes, and autism.

The A2-producing Normande is a popular breed in France. dominiqueb/Flickr

Though many adults may suffer from leaky guts, the condition is normal in babies less than a year old, who naturally have semi-permeable intestines. This may pose a problem when they’re fed typical cow-milk formula. A 2009 study documented that formula-fed infants developed muscle tone and psychomotor skills more slowly than infants that were fed (A2-only) breast milk. Researchers in Russia, Poland, and the Czech Republic have suggested links between BCM7 in cow milk formula and childhood health issues. A 2011 study implicates BCM7 in sudden infant death syndrome: the blood serum of some infants that experienced a “near-miss SIDS” incident contained more BCM7 than of healthy infants the same age. Capitalizing on those findings, A2 Corp. also sells an A2-only infant formula, a2PLATINUM, in Australia, New Zealand, and China.

The mainstream dairy industry in the United States may be more interested in the A1/A2 debate than it lets on. For example, US companies that sell bull semen for breeding purposes maintain information on the exact A1/A2 genetics of all of their offerings. And breeders have already developed A2 Holsteins to replace the A1 varieties typically used in confined agricultural feeding operations. “There is absolutely no problem in moving across to A2 and still having these high-production cows,” says Woodford, the Devil in the Milk author, who has in more recent years worked as a consultant for A2 Corp.

But the transition to A2 milk would take a bit of money and a lot of time—probably about a decade, Woodford believes. “The mainstream industry has always seen it as a threat,” he says, “whereas another way of looking at it is, hey, this can actually bring more people to drinking milk.”

For now, here in the United States, the best way to get milk with a higher-than-average A2 content is to buy it from a dairy that uses A2-dominant cow breeds such as the Jersey, the Guernsey, or the Normande. In Northern California, for example, Sonoma County’s Saint Benoit Creamery specifies on its milk labels that it uses “pastured Jersey cows.”

The heirloom A2 cow breeds tend to be hardy animals adapted to living on the open range and not producing a ton of milk, but what they do produce is comparatively thicker, creamier, and, many people say, a lot tastier than what you’ll typically find at the supermarket.

“People taste our milk and they say: ‘Oh my gosh, I haven’t tasted milk like this since I left home,'” and came to America, says Warren Taylor, the owner of Ohio’s Snowville Creamery, which has been phasing out A1 cows from its herds. For the time being, the switch to A2 milk “is going to be for the small producers—people like us,” he adds. “It’s just a part of our responsibility.”