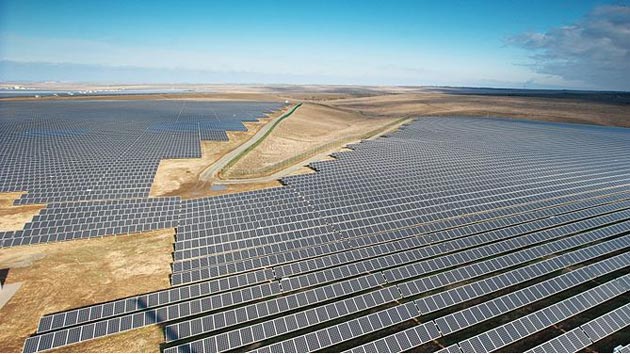 This story originally appeared in The Atlantic and is republished here as part of the Climate Desk initiative.

In events that eerily resemble the prelude to Russia’s annexation of Crimea, pro-Russian demonstrators have overtaken government buildings in the eastern Ukrainian cities of Kharkiv, Luhansk, and Donetsk, proclaiming a “people’s republic” in Donetsk and snagging weapons and possibly hostages in Luhansk (Ukrainian police have regained control in Kharkiv). Oleksandr Turchynov, Ukraine’s acting president, has blamed Moscow-organized instigators for the unrest, as fears mount in the West that Russia, whose troops are massed along Ukraine’s eastern border, could seize Ukraine’s industrial heartland next.

If that happens, Russian President Vladimir Putin would acquire various forms of leverage over the young, weak, and pro-Western Ukrainian government—including an often-overlooked one: Ukraine would have little hope of achieving energy independence from Russia.

Energy politics and Ukrainian politics are often the same thing. Around 40 percent of the energy Ukraine consumes comes from natural gas, according to the US Energy Information Administration. Three-fifths of the 50 billion cubic meters of natural gas Ukraine uses each year is imported from Russia, with the rest domestically produced. This gives Russia a significant bargaining chip in its relations with Kiev—one that Moscow isn’t afraid to use. Gazprom, a Russian energy conglomerate with close ties to the Kremlin, raised gas prices for Ukraine by 81 percent earlier this month, prompting Ukraine’s interim prime minister, Arseniy Yatsenyuk, to accuse Russia of “economic aggression.”

Unfortunately for Ukraine, the Crimean peninsula was crucial to the country’s energy-diversification plans. Yanukovych had opened negotiations with Azerbaijan, Russia’s last remaining ex-Soviet energy rival, as part of his effort to build a liquid-natural-gas pipeline terminal on Crimea’s Black Sea coast. The peninsula also sits atop vast underwater gas basins in the Black Sea, estimated to contain between 4 and 13 trillion cubic meters of natural gas. As Ukraine’s southernmost territory, the peninsula has the highest solar-energy potential in the country and already featured one of Europe’s largest photovoltaic parks. Its mountainous coastline holds strong wind-energy potential, with seven wind plants already built there and more planned before the crisis. But all of that infrastructure and investment now rests in Russian hands. 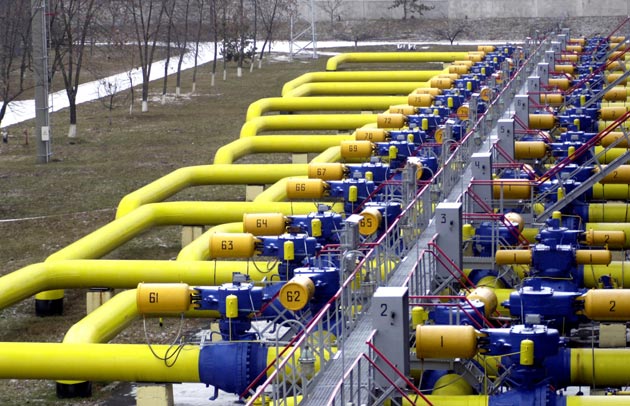 The main gas pipeline in the village of Boyarka, near the capital Kiev. AP Photo/Sergei Chuzavkov

The loss of Crimea only further weakened Ukraine’s already-tenuous energy security. Almost all of the fuel for Ukraine’s 15 state-owned nuclear reactors, which accounts for almost half of the electricity the country generates, comes from Russia. Ukraine’s domestic reserves of uranium are paltry, and it lacks the enrichment capacity to turn what it does have into usable fuel. Russia, by comparison, is a net uranium exporter to Europe and owns nearly half of the world’s enrichment capacity.

Ukraine still has some domestic-energy alternatives in the long term, but these require significant investment. The country possesses the third-largest shale gas reserves in Europe, estimated to hold nearly 1.2 trillion cubic meters, but commercial extraction isn’t slated to begin until 2020 at the earliest. That timeline might have been overly optimistic even before the revolution, considering the environmental impact of hydraulic fracturing (“fracking”) and the public resistance that comes with it. Another complicating factor is location: one of the two large fields, the Yuzivska field, falls almost entirely within the Donetsk and Kharkiv oblasts, two of the eastern regions in which Ukraine has accused Russia of fomenting revolts.

The Crimean peninsula was crucial to the country’s energy-diversification plans.

Coal, the remaining option, is more readily accessible. It makes up almost 95 percent of Ukraine’s current domestic-energy resources and roughly 30 percent of Ukraine’s energy consumption. Viktor Turmanov, a Ukrainian lawmaker and head of the national coal industry’s trade union, boasted in 2012 that the country’s coal reserves would last for 400 years. Emphasizing Ukrainian coal over Russian natural gas became a priority even under Yanukovych. Now, it’s become a necessity. Ukraine’s Minister of Energy and Coal Industry Yuriy Prodan told a cabinet meeting last week that Ukraine is “now reviewing our electricity and fuel balance for 2014 with a view of using as much domestic coal as possible at the expense of natural gas.”

That won’t be easy, thanks to Ukraine’s haphazard coal-mining industry. Donetsk’s regional economy, which is driven mostly by heavy industry and the coal industry that fuels it, is responsible for between 10 and 15 percent of Ukraine’s GDP. But the region’s heavily subsidized mining companies suffer from limited modernization and chronic inefficiency. An abundance of illegal surface mines called kopanki also drive down prices, as the criminal syndicates that run them don’t bother paying taxes or spending money on employee health insurance and safety equipment, allowing them to sell their coal at one-fifth of the price offered by licensed mines. If coal is to become the future of Ukrainian energy, the government will need to make major investments and broad reforms in the sector.

But none of that will matter if Russia moves west. Losing the Donets Basin would sever Ukraine from nine-tenths of its coal reserves, the sixth-largest national reserves in the world overall, and losing the Yuzivska gas field would rob it of a large portion of its remaining shale-gas reserves. Without those, and with Crimea already lost for the foreseeable future, Ukraine’s hopes for energy independence would be lost.