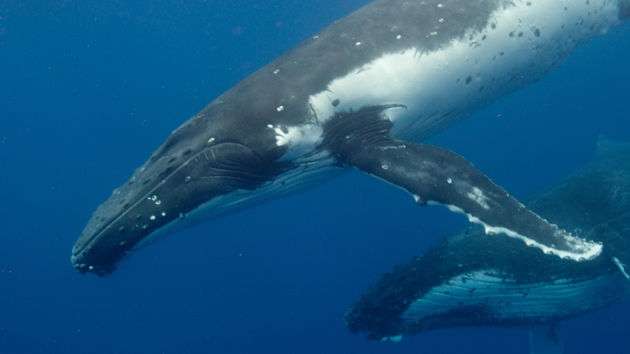 We know: Beginning a series on current ocean news seems like a bleak proposition. Between the expanding garbage patches and relentless rise of warming seas, positive stories aren’t exactly growing on trees. So we’ve gone to the trouble to net you 36 whole reasons to be excited about the future of the high seas—including magic-seeming plastic removal tech, more facts confirming the radness of sharks, and (of course) a cute baby seal video.

1. After learning about the harmful effects of ocean-borne plastic, a group of fifth and sixth grade students persuaded Dunkin’ Donuts to phase out the use of foam cups. These kids are superheroes.

2. The Vermont Sail Freight Project is ditching oil to deliver fresh produce and other goods from Vermont to New York by sailboat. Not bad for a landlocked state.

3. California stepped it up yet again for the climate to ban micro-beads cosmetics and keep them out of the ocean.

4. We all wanted to be marine biologists when we grew up, right? If you (like us) didn’t, California’s Reef Check Foundation recruits citizen divers to collect data on fish and coral for the state.

7. Fishermen and conservationists in Morro Bay, Calif., joined forces to revive a fishery once described as a “national disaster.” Now it’s a sustainable model for other potential fishing hubs in the US

8. Wait, seriously? US fisheries are actually recovering from over-fishing?

9. Fishermen to the rescue! A group of seafarers saved a family of 70 dolphins that were stuck in shallow water. With only boats and brute fisherman force, the dolphin family was transported back to deeper waters.

11. Apparently kids these days do care about things outside of selfies and Instagram—like the ocean! The Youth Ocean Conservation Summit on Nov. 8 in Sarasota, Fla. aims to connect future ocean advocates with marine scientists and more.

12. Since whaling is no longer fashionable or necessary, blue whales in California are recovering to up to 97 percent of their historic levels.

14. Sylvia Earle. If everyone started their day with a pep talk from her, the earth would be a better (bluer) place.

15. According to the Monterey Bay Aquarium, 21 species (and climbing) of groundfish are recovering in the wild.

16. New York waters are increasingly cleaner, leading to an increase of whales…and sharks. This may not sound like a good thing but…

19. Groups of humpback whales create bubble-lassos to rein in schools of herring for dinner. Whales, the cowboys of the sea.

20. The ocean is full of plastic patches, BUT the Inner Harbor Water Wheel in Baltimore can collect up to 25 tons of garbage per day and deposit all of it into floating Dumpsters.

21. The International Maritime Organization (IMO) wants to help marine life de-stress. Because noise makes many sea creatures anxious, the IMO will soon regulate the amount of noise that shipping companies can make.

24. Up for a challenging and very expensive new hobby? If so, you can raise your own coral reef garden in an at-home aquarium.

25. Humpback whales make lifelong friendships, and have been known to go on cross-ocean vacations to visit their pals.

26. When a tree falls into the ocean, it continues to be a source of life for sea creatures.

27. The NOAA Fisheries issued an amendment to protect bluefin tuna from getting caught in surface longlines.

28. Bioluminescent creatures: the Lite-Brites of the deep.

29. Eelgrass may be an answer to acidification. It neutralizes the water by absorbing CO2.

30. Western Australia listens to their EPA? The West Aussie government is following the recommendation to hold off on baiting sharks.

31. These people care so much about the ocean, they’re painting their bodies just to tell us about it.

32. There has never been anything more adorable than this baby seal cuddling with a random guy on a boat.

33. Glowing underwater jelly beans aren’t edible, but they are amazing.

34. These resilient snails survived almost a decade after scientists declared them extinct.

35. These oyster farmers are finding ways to deal with dissolving baby oyster shells by nursing them until they’re big and strong enough to resist that bully acidification.

36. Pharell Williams started his own clothing brand, specializing in recycled ocean plastic. That makes us happy.