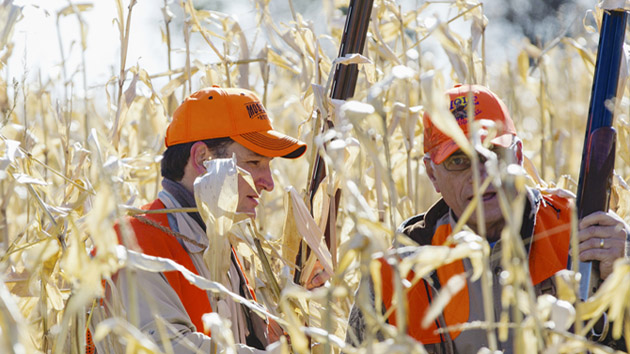 This story originally appeared on the Guardian and is reproduced here as part of the Climate Desk collaboration.

For decades, presidential candidates seeking to compete in the Iowa caucuses have dutifully pledged their support for the production and sale of ethanol.

In 2011, Jon Huntsman went so far as to cite his opposition to subsidies for production of the corn-based biofuel as a reason to skip the state, given the strength of the lobbying groups behind it.

This year could be different. While all three Democratic candidates for the White House have voiced their support for the corn-based biofuel and thus, they hope, garnered support from those who produce and profit from it, the Republican front-runner in Iowa is adamantly opposed. And that could permanently change caucus politics.

Ted Cruz is strongly opposed to the renewable fuel standard (RFS), which mandates that all gas sold in the US include a certain percentage of biofuels like ethanol.

While ethanol advocates argue that its production is vital for both the rural economy and national security—as a source of domestically produced energy—opponents deride what they see as a government boondoggle to help agribusiness, which by its very existence raises food prices and harms the environment.

The federal government no longer directly subsidizes ethanol, but the RFS serves as an indirect subsidy. Opponents of ethanol production want to end the RFS. The pro-ethanol lobby wants the RFS unchanged until 2022, when it is due to expire.

In Iowa, this issue is sparking a furious political battle.

Cruz is not the only ethanol skeptic still running—Sen. Rand Paul of Kentucky is also opposed to the RFS. But, perhaps characteristically, the senator from Texas has gone out of his way to antagonize supporters of renewable fuels.

Eric Branstad, head of America’s Renewable Future (ARF), a bipartisan coalition of Iowa ethanol supporters, said Cruz refused to meet his group or even acknowledge it, forcing it to send a candidate survey by certified mail, just to confirm he had received it. Needless to say, Cruz did not fill out the survey.

ARF, which has built a well-funded operation to encourage ethanol supporters to attend the caucuses in February, has launched a major advertising campaign against Cruz. It is even following Cruz around the state, as he continues a bus tour.

“Until Cruz pledges to uphold the RFS as the law dictates…we will continue to educate Iowa voters about his bad position.”

Last week, Cruz wrote in the Des Moines Register that he supported keeping a renewable fuel requirement in place through 2022. ARF duly celebrated. However, Cruz has long favored a five-year RFS phase-out and was thus simply saying that he would start that process the moment he was elected to the White House.

The senator also wrote that he would significantly reduce the mandated use of ethanol each year in that five-year period.

Though the ethanol lobby feels confident it has pushed Cruz on the issue, it has not declared victory yet. In a statement, Branstad, who is the son of Iowa’s six-term governor, Terry Branstad, said: “Until Cruz pledges to uphold the RFS as the law dictates—not his position to phase it down by 2022—we will continue to educate Iowa voters about his bad position.”

ARF attacks on Cruz have included hundreds of thousands of dollars’ worth of radio, online and direct mail advertising. It is unclear, though, how much such attacks will matter.

Mark Langgin, a veteran Democratic political consultant in the state, told the Guardian: “Iowa farmers, while ethanol is important to them, they are first [and] foremost…a very socially conservative audience. So I don’t see ethanol being that huge of a wedge issue for Cruz.”

He was echoed by Jeff Kaufmann, the chair of the Republican Party of Iowa, who said: “I am not convinced that issue, in and of itself, will either cause a candidate to win or lose.”

While Kauffmann conceded that “ethanol is a critical issue in Iowa” and said the state certainly had some single-issue voters on the subject, he suggested that support for ethanol was not a make or break position.

He added: “There is a certain appreciation [from] Iowans when a candidate comes to them and explains why he or she disagrees.”

Regardless of who wins the Iowa caucuses, however, the ethanol lobby may face new problems away from the political arena. The collapse in global oil prices has reduced the appeal of corn-based fuel.

As Matt Lasov, global head of advisory and analytics at Frontier Strategy Group, told the Guardian: “With oil prices at $40 a barrel and no sign of that changing, ethanol looks less viable.”