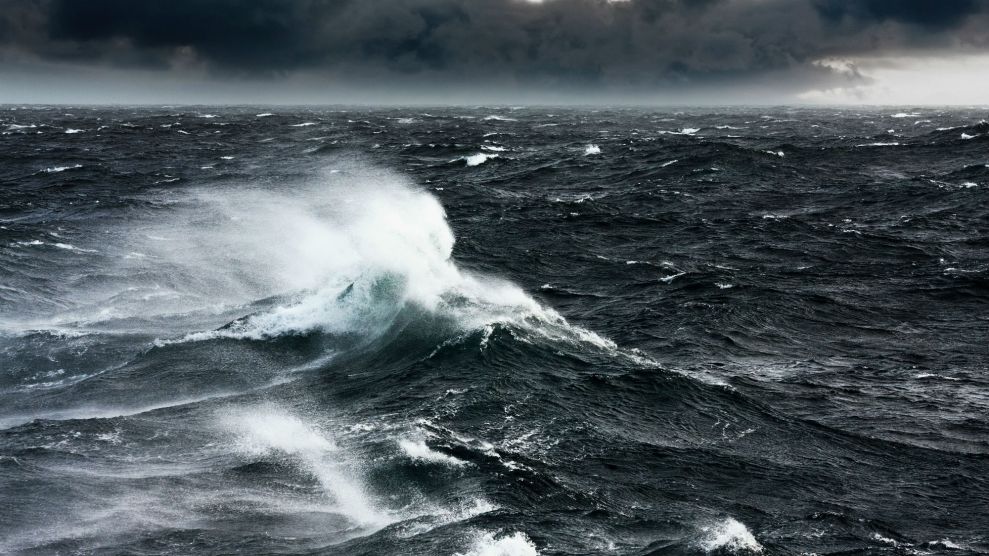 On January 22, the National Oceanic and Atmospheric Administration got word of a juvenile, North Atlantic right whale carcass floating off the coast of Virginia. Later identified as whale #3893, the 39-foot, 10-year-old female was towed to shore, where researchers examined her partially-decomposed remains. A few days later, preliminary necropsy findings indicated that the whale died of “chronic entanglement,” meaning it was caught in rope or line, according to a report from NOAA.

It was the first right whale to die in 2018, but it comes on the heels of the deaths of 17 right whales in the North Atlantic in 2017—a record setting number that is more than all right whale mortalities in the five previous years combined. NOAA researchers are calling the trend an “unusual mortality event”—a particularly concerning phenomenon, as North Atlantic right whales are an endangered species. There are only about 450 left in the wild, according to NOAA, and at the current rate, scientists predict the species could be functionally extinct in fewer than 25 years.

NOAA hasn’t determined the cause of the “unusual mortality event,” but some are looking right at Washington, and at NOAA itself. A new lawsuit, filed January 18 in US District Court in Washington, D.C., argues specifically that the Trump administration is at least partly responsible for failing to adequately address this epidemic.

Between 2010 and 2016, 85 percent of diagnosed whale deaths were the result of entanglement, typically in commercial fishing gear. The plaintiffs—the Center for Biological Diversity, Defenders of Wildlife, and the Humane Society—allege that President Trump’s Department of Commerce, of which NOAA is a branch, is in violation of the 1973 Endangered Species Act and the 1972 Marine Mammal Protection Act over their management of the North Atlantic lobster fishery, which “frequently entangles right whales,” according to the suit. Under the Endangered Species Act, the plaintiffs point out, any action, direct or indirect, by a federal agency must not be “likely to jeopardize” any endangered or threatened species.

Heavy-duty roping and traps used by fishermen to catch lobsters off the ocean floor can be dangerous for whales, and as a whole, the fishery is “likely to kill or seriously injure more than three North Atlantic whales every year,” according to the complaint. “When whales come into contact with that line, it can cause them to get tangled up in the gear. And we’re taking about really heavy traps,” Kristen Monsell, lead attorney on the lawsuit, tells Mother Jones. Caught in the roping, whales can drown, lose limbs, or starve.

While NOAA declined to comment for this story, telling Mother Jones in an email, “It’s longstanding NOAA policy not to comment on matters under litigation,” a Department of Commerce spokesperson tells Mother Jones, also in an email, “We don’t think this suit has merit, and will defend against it vigorously.”

Even with the suit, environmentalists are worried they won’t be able to reverse the unusual mortality event. “The right whale situation has really become a crisis,” Monsell says. “2017 was just an absolutely devastating year for the species.” And NOAA, Monsell says, has a duty to “take further action to reduce the risk of future entanglements of this critically endangered species.” For example, ropeless lobster traps, she suggests, would virtually eliminate right whale entanglement deaths.

While 2017 was a particularly deadly year for the right whale, the species has been in decline since before Trump took office—dating back to 2010, according to a recent study from the Northeast Fisheries Science Center and the New England Aquarium. But so far, the Trump administration has been far less proactive than its northern neighbor in protecting the whales. In August, when Canadian officials recognized the large number of whale deaths in 2017, they ordered boats to slow to 10 knots (11.5 mph) in areas where right wales had been spotted. “I don’t think that we would ever see the US move that quickly—particularly under the Trump administration,” Monsell says.

The scariest part is that North Atlantic right whales aren’t the only whale species dying off in unprecedented numbers. NOAA recently announced that humpback whales and minke whales have also experienced “unusual mortality events” in the past year. To put that in context, between 1991 and 2018, the agency has declared a total of 65 marine mammal “unusual mortality events.” Of the three events declared since the start of 2017, all have been in response to whale deaths.