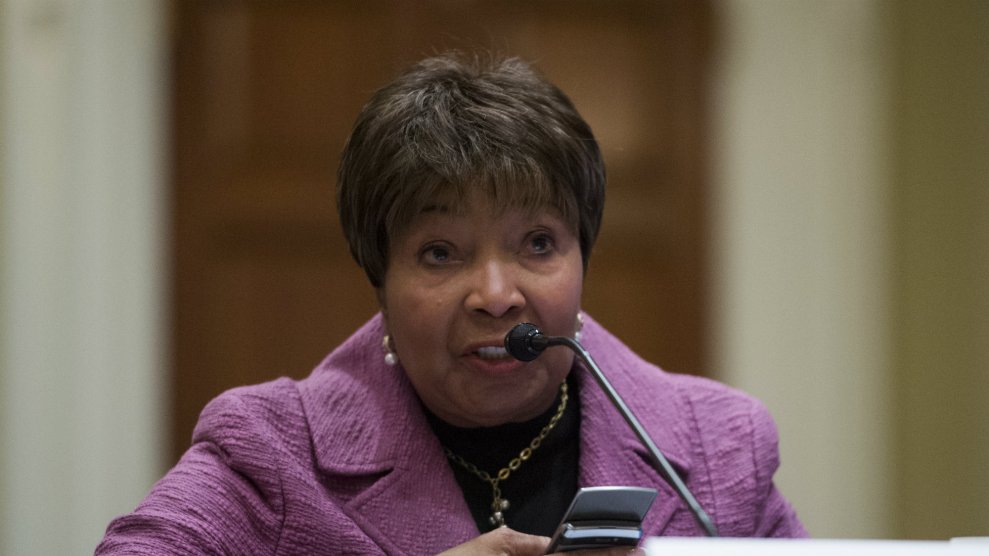 The Democratic control of the House means science will get higher billing in the House Committee on Science, Space, and Technology, which, despite its name, has been run by Republican science deniers since 2011.

Former Texas Rep. Ralph Hall was chair for two years before Lamar Smith (R-Texas) took over in 2013. Hall was like a warm-up for Smith’s reign, telling the National Journal in 2011, “I don’t think we can control what God controls” when it comes to climate and accusing scientists of manipulating their evidence. Smith took his chairmanship to new lengths, using subpoena power against scientists in an attempt to uncover a smoking gun in what he referred to as the “extreme climate agenda.”

The committee would have been in for major changes next year no matter what party controlled the House, because the 70-year-old Smith announced his plans to retire earlier this year.

There will be radical changes coming, according to Eddie Bernice Johnson, a Texas Democrat who is a ranking member of the committee and likely to become the next chair. A former chief psychiatric nurse, she would be the first House science committee chair with a STEM background since the 1990s, according to Washington Post reporter Sarah Kaplan.

“Restore the credibility of the Science Committee as a place where science is respected and recognized as a crucial input to good policymaking.”

Johnson has already laid out her priorities for the future of the committee should she become chair. They include “defending the scientific enterprise from political and ideological attacks, and challenging misguided or harmful Administration actions.” Another priority will be to acknowledge climate change is real “and working to understand the ways we can mitigate it.” And, lastly, she called to “Restore the credibility of the Science Committee as a place where science is respected and recognized as a crucial input to good policymaking.” Democrats would have the power to investigate the Environmental Protection Agency’s changes to its scientific advisory boards and its use of science in regulatory policy, for starters.

That agenda will be a sharp break from Smith’s priorities. Smith regularly called hearings to investigate a debunked “pause” in global warming, a myth manufactured by skeptics, and laid the rubric for the EPA’s radical science overhaul that would have effectively stripped scientific reports from being considered in rulemaking.

I wrote a year ago about how Smith and his committee had become a polarizing force in the scientific world:

A change in House rules gave Smith new subpoena powers in 2015, unusual for the House science committee, and he has since issued 24 subpoenas, more than any other chair in the House during that time, with some going beyond the committee’s traditional jurisdiction over federal science research. Smith has convened a number of hearings to attack climate scientists, the National Oceanic and Atmospheric Administration (NOAA), the Paris climate deal, and the American Association for the Advancement of Science. He helped to popularize the myth that global warming had paused, holding a hearing during which he demanded NOAA documents and redactions on its study refuting the idea.

Eighteen candidates with STEM backgrounds also won seats Tuesday, some of whom will bolster the House’s new ranks of science advocates.

Out of the 18 candidates with STEM backgrounds/histories of STEM advocacy who won their races last night:
2 are Republican
1 is a pro-life Democrat
5 are from Illinois
5 are from California (i.e. there are state-centric blocks within this)

Listen to our journalists explain all the twists and turns of Election Day, and what comes next for America, on this special episode of the Mother Jones Podcast: