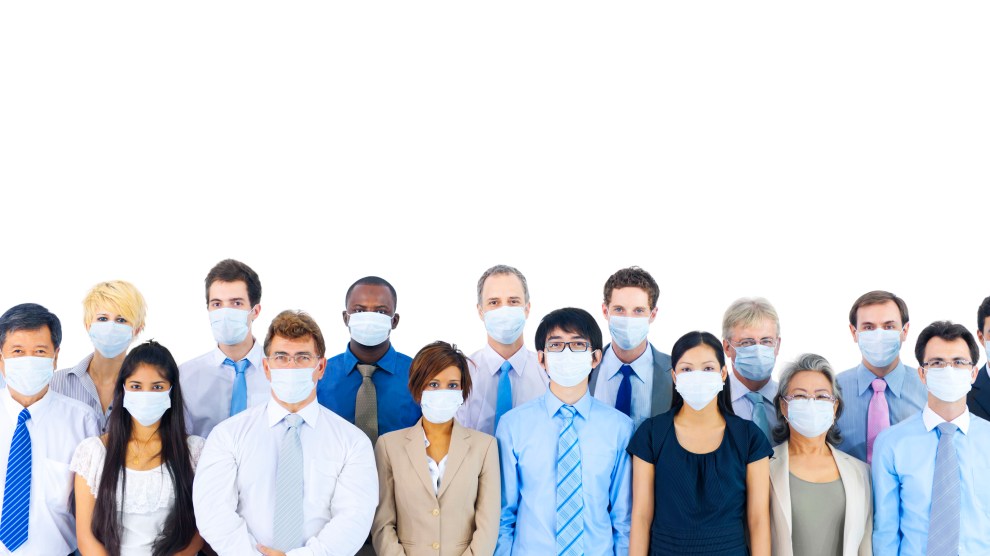 On Wednesday, the Centers for Disease Control and Prevention warned in a press conference that there is no end in sight to the rapidly expanding novel Coronavirus outbreak. As of Friday afternoon, there were 31,530 cases worldwide, including 12 in the United States, with estimates of 638 deaths, mostly in China. Dr. Nancy Messonnier, Director of CDC’s National Center for Immunization and Respiratory Diseases, told reporters the agency is rushing to help US hospitals and health departments prepare for more cases, adding, “This is the beginning of what could be a long response.”

That experts are short on details about the trajectory of the coronavirus isn’t a surprise. As we know from the unpredictability of the seasonal flu every year, the path of a virus is hard to predict. But there is one thing that experts know for sure: The burden of disease won’t be shared equally among Americans, and social factors like income level, race, and immigration status could make a big difference in who gets the sickest.

It’s well documented that the poor bear the brunt of viral disease outbreaks. A 2016 CDC analysis of trends in seasonal flu, for example, found that people who live in high-poverty neighborhoods were twice as likely to be hospitalized for flu than those in low-poverty communities. There are many reasons for this: Poor people are more likely to work jobs that don’t offer paid sick leave. Employees feel pressure to come into work when they’re sick, increasing the risk that they’ll infect coworkers and neglect their own health. Low-paying jobs—customer service, restaurants, factories—are also less likely to offer health insurance. There’s a shortage of primary care doctors in poor neighborhoods, so residents often wait until their illness is severe to seek medical care. On top of all that, there’s good reason to believe that doctors might be more likely to prescribe medicine to affluent people: A 2014 study of 56 million people in the American Journal of Public Health found that people in the two highest income categories were about twice as likely as their lower-income counterparts to get the antiviral drug Tamiflu.

Certain racial and ethnic groups might be more vulnerable to infectious disease. Alonzo Plough, the chief science officer of the public health research group Robert Wood Johnson Foundation, pointed to the history of discrimination in health care. “There is residual distrust in the medical system from people who have had discriminatory encounters or have been marginalized in their medical care,” he said. “They might not trust an emergency vaccination.”

This mistrust might have even greater legitimacy among undocumented people, who often worry that if they seek healthcare, they’ll increase their chances of being deported. Even immigrants living lawfully in the United States will soon have reason to fear going to the doctor. Beginning February 24, immigration officials will be allowed to deny permanent residency or visa requests from people who they deem especially likely to take advantage of extensive health care or Medicaid benefits. Cheryl Fish-Parcham, the director of access initiatives for the healthcare advocacy group Families USA told me, “We’re already seeing a very concerning drop in the use of healthcare in these communities.”

Where you live can make a difference in your susceptibility to a virus, too. Every year, the National Health Security Preparedness Index assesses how ready states are to deal with all kinds of health threats, from outbreaks of gun violence to chronic disease. The 2019 report found that 17 states—including California, Texas, and much of the Central South—had below average preparedness levels. What’s more, the report found the gulf between the most-prepared and least-prepared states is widening.

There are a few specific ways in which states differ in their readiness to tackle disease, but one of the most important is whether there are enough health resources if a lot of people get sick at once. Last year, the public health advocacy group Trust for America’s Health found 31 states participated in the Nurse Licensure Compact, which allows nurses to practice across state lines in the case of an emergency. The researchers also noted that states where most hospitals belong to resource-sharing coalitions are better equipped to deal with disease. But the number of hospitals that belong to these coalitions varies widely by state: All of Connecticut’s hospitals do, for example, compared with just a quarter of Ohio’s.

According to the report, some states prioritize public health much more than do others. Between 2018 and 2019, for example, Nevada’s public health funding increased by 40 percent; Oregon’s rose by 27 percent. Meanwhile, Alabama’s fell by 5 percent; Wyoming’s by 6 percent. Philip Alberti, the senior director of the Health Equity Research and Policy at the Association of American Medical Colleges, would like to see states invest in systems that track the connection between infectious disease and social factors. “If you’re tracking cases of an infectious disease, then you have data like air pollution, income level, density,” he said. “So it just makes sense to look at those things together.”

Then, of course, there’s the issue of health insurance. The experts with whom I spoke agreed that the states that haven’t expanded Medicaid are much more vulnerable to disease outbreaks than those that have. That’s because people in those states are less likely to carry health insurance—so they might have untreated chronic conditions that could make an infectious disease worse. Without expanded Medicaid, many rural hospitals in those states have shuttered, making it hard for people to get treated at all.

The federal government can serve as a backup for states where preparedness is lacking, as it did during the SARS and H1N1 epidemics. As the threat from the novel coronavirus outbreak grows, the Centers for Disease Control and Prevention has been assisting states in disease surveillance, diagnosis, and response. However, as I wrote last week, the Trump administration has not made domestic infectious disease readiness a priority. What’s more, the experts I spoke to agreed that the midst of an active outbreak will be too late to bridge the vast gulfs in access to the kind of health care that can save lives, which is work best done far in advance. That goes for increasing citizens’ faith in local medical systems, as well. “You can’t just build trust when there’s an epidemic,” said RWJF’s Plough. “There has to be a baseline of trust going in.”