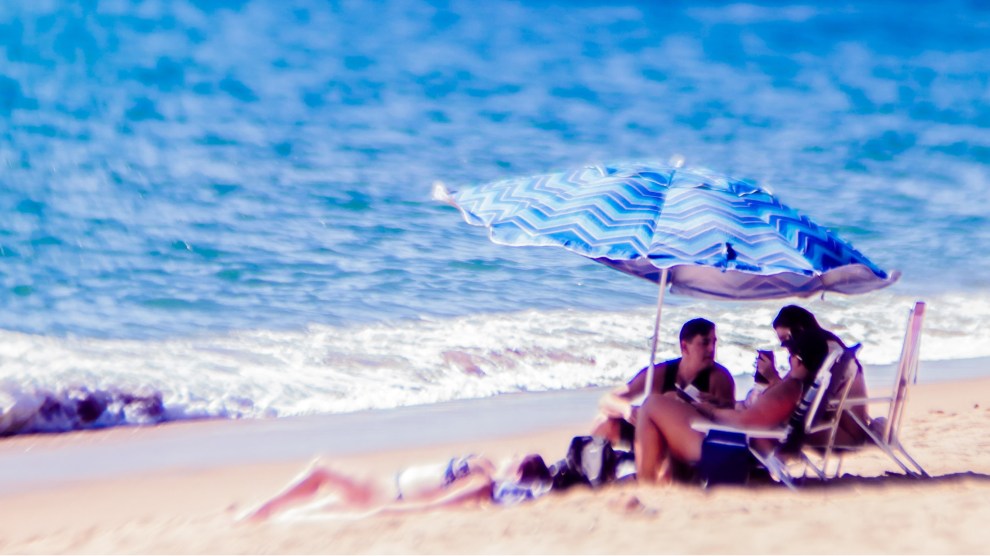 Brazilian politicians with connections to the tourism and hospitality industries are pushing forward a bill that would privatize parts of the country’s beaches. Known as bill 4444/2021, the legislation, proposed by Congressman Isnaldo Bulhões Jr., is ostensibly designed to make the management of federal properties across the country more efficient. The bill sets out a plan to identify and catalog all lands and public buildings and examine who is occupying them, how they are being used, and whether users are paying the appropriate fees. In cases in which non-federal-government users—other branches of government or private users—occupy the land and buildings, the estate will revert back to the federal government.

But nestled within the bill’s text is a controversial provision that gives the government the power to create so-called special zones of tourism use. These zones would convert public beaches—up to 10 percent of the sand strip in a city—to private property, barring access to unauthorized people and opening the beaches up to development by hotels, private parks, clubs, marinas, and other endeavors allowed by Brazil’s Ministry of Tourism.

Though the bill was first put forth in 2021, in February it was deemed an urgent proposition by Brazil’s Chamber of Deputies, a lower house in the country’s National Congress. The move could see it go to a vote imminently. The urgent classification could also exempt the bill from otherwise mandatory stages, such as public consultation.

Congressman Rodrigo Agostinho, a longtime environmental activist, says the bill shows the pressure being exerted on congresspeople by the gaming industry. Earlier this year, Brazil’s Chamber of Deputies pushed games of chance closer to legalization. “Many companies that own casinos want to build them by the sea,” he says.

Agostinho says that he and other congresspeople who prioritize environmental protection “think it is a mistake to privilege a few hotels and possibly lead to the indiscriminate occupation of beaches all over the coast.”

“Their privatization may amplify coastal erosion, something that is being intensified by climate change.”

GT-Mar, a working group that gathers congresspeople and civil society organizations worried about marine matters, has been following the bill’s development. According to Adayse Bossolani, GT-Mar’s executive secretary, privatizing beaches is a decision that carries environmental, social, and economic consequences, and one that needs to be discussed with experts. The bill poses “a giant threat,” she says.

Congressional representatives are analyzing the propositions as if the only issue is governmental ownership, but it’s more serious than that, Bossolani says. “Areas of dunes and mangroves, for instance, must be permanently protected. A decision that may put them at risk cannot be made without the proper debate with civil society,” she adds.

Alexander Turra, an oceanographer at the University of São Paulo in Brazil who coordinates the UNESCO Chair on Ocean Sustainability, is opposed to the bill for several reasons. Access to the coast is vitally important for coastal communities and for Brazilian society as a whole, Turra says, and should not be conceded, even in part, to small groups of entrepreneurs only interested in short-term gain.

The impacts of development on coastal ecosystems could be numerous, he adds. Migratory birds flock to beaches to feed and rest, and many species use them to reproduce. A future casino or hotel’s light could disorient species at night. “Their privatization may amplify coastal erosion,” he adds, “something that is being intensified by climate change.” Development could also lead to increased pollution.

Congressman Agostinho says that with bill 4444/2021 seeing support among congresspeople who back President Jair Bolsonaro, and from those connected to the tourism industry, he has his work cut out to persuade his colleagues to rethink the bill.