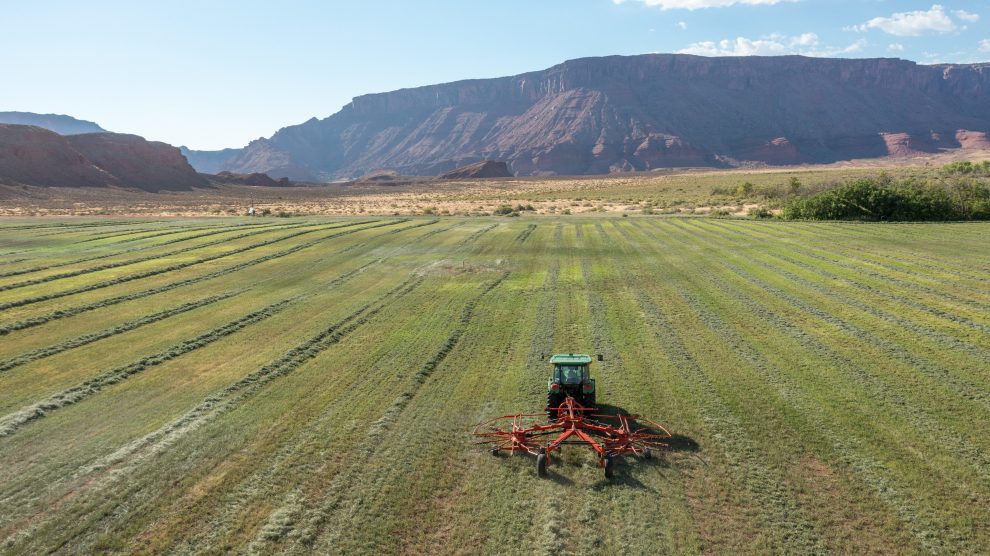 This year’s midterm elections will decide the direction of a massive legislative package meant to tackle the nation’s agricultural problems. Republican Senate and House members are already vowing they won’t pack it with climate “buzzwords.”

Roughly every five years, lawmakers pass The Farm Bill, a spending bill that addresses the agriculture industry, food systems, nutrition programs, and more. This legislation is up for reauthorization next year. The political fighting comes on the heels of both the recently passed Inflation Reduction Act and Bipartisan Infrastructure Law including billions of dollars for climate provisions.

John Boozman, a Republican Senator from Arkansas who is a high-ranking member of the Senate Committee on Agriculture, Nutrition, and Forestry, is among a growing number of Republicans who have said they will not allow additional climate provisions into the upcoming Farm Bill. If Republicans win back the House this November, which is still a possible outcome despite tightening Democratic races across the country, GOP members will be in control of drafting next year’s Farm Bill.

“In their zeal to pass their reckless tax-and-spend agenda, they (Democrats) have undermined one of the last successful bipartisan processes in the Senate,” said Boozman in a Senate floor hearing this past August. Boozman said the passage of the Inflation Reduction Act without bipartisan support threatens the future of the Farm Bill, a generally bipartisan omnibus bill. The next bill needs to be authorized before September 2023.

Over a dozen members of the House Agriculture Committee, which steers the Farm Bill draft process, are up for reelection this November. For example, Abigail Spanberger, a Virginia Congresswoman whose district is near the nation’s capital, and a committee member and subcommittee chair, currently faces a contested election in her state, with inflation’s impact on farming communities a key point in the race. Glenn Thompson, a Congressman who represents a western Pennsylvania district, is slated to be the Chair of the House Agriculture Committee if Republicans win the House. After the passage of the historic climate bill this August, the Pennsylvania Republican said the Inflation Reduction Act “only complicates the pathway to a Farm Bill and creates even greater uncertainty for farmers, ranchers, and rural communities.”

“Farmers who are receiving federal support in the wake of increased extreme weather events…should be practicing practices that contribute to resiliency.”
Thompson has expressed interest in conservation efforts in the past, but in a September hearing, he said he won’t allow unnecessary climate items into next year’s bill.

“I will not sit idly by as we let decades of real bipartisan progress be turned on its head to satisfy people that at their core think agriculture is a blight on the landscape,” Thompson said in the hearing. “I have been leaning into the climate discussion, but I will not have us suddenly incorporate buzzwords like regenerative agriculture into the Farm Bill or overemphasize climate.”

Ahead of the November elections, House Republicans have already released insight into their priorities for this upcoming legislation. The Republican Study Committee, whose members make up 80 percent of all Republican members of Congress, released its draft budget in July. This draft document outlines a plan that completely defunds federal programs that support conservation efforts, as well as slashes federal food stamp and crop insurance programs. The draft document heralds the preliminary budget as “ undeniably pro-farmer.”

As Farm Bill debates continue, a group of over 150 progressive, agriculture, and environmental groups, from the nation’s largest federation of labor unions to the Sierra Club environmental group, have urged President Joe Biden to add climate reforms in the upcoming legislative package. In a letter to Biden, organizations urged the President to pass a Farm Bill that would help mend economic and racial divides in the industry, increase access to nutrition, support fair labor conditions in farming communities labor conditions, as well as tackle the climate crisis with a focus on agriculture.

Sarah Carden, policy advocate for Farm Action, a progressive agriculture advocacy nonprofit that signed the letter, said that no farmer will deny the industry has been plagued by increased extreme weather events and the Farm Bill needs to address climate change as much as it does other problems in the industry. She said the organization has urged federal agencies to push more funding into programs that help conservation efforts, promote soil health, and mandate the use of climate-smart solutions, instead of contributing to a band-aid funding cycle.

“Farmers who are receiving federal support in the wake of increased extreme weather events and disasters should be practicing practices that contribute to resiliency,” Carden told Grist.

Carden said that the United States Department of Agriculture, or USDA, has created more climate-focused solutions in recent years, such as the recently announced Partnerships for Climate-Smart Commodities which directs $3 billion to small growers into the supply chain, but it’s important that sustainable solutions are written into the Farm Bill this upcoming cycle as administration changes could upend individual agency efforts.

Since its creation in the 1930s, the Farm Bill has provided direct, federal funding to farmers to address the evolving agricultural industry, from land management to economic development. What was created as a way to infuse cash into an industry decimated by the Great Depression and the Dust Bowl, by 1973 the farm bill turned into a massive set of legislation that addresses everything from soil erosion to federal food stamp programs.

Farmers and growers need to address the changing climate, said Margaret Krome, the policy program director for Wisconsin and Midwest agriculture nonprofit research group Michael Fields Agricultural Institute. Krome said the industry is running out of time to address ongoing problems. “We have got climate change at our doorstep,” she said.

In 2014 and 2018, the Farm Bill’s passage was stalled by House Republicans who wanted to reduce food assistance for poor families.

Krome, who works with state and federal officials on legislation about agriculture, said the Farm Bill has always been a way to have farmers focus on their current needs. As discussions and draft legislation begin, she said three issues are likely to be at the top of the debates; climate change, the future of farming and addressing historic racial injustices in the industry, and the intersection of nutrition and agriculture.

With increasing polarization in politics and the upcoming midterm elections, she said it is important for those working on the bill to remember that farming touches everyone in the country and should, hopefully, remain bipartisan. Despite political differences at the state level across the country, a nonpartisan coalition of state agriculture department officials recently issued a letter declaring their desire for the Farm Bill to include increased disaster relief, nutrition programs, and subsidies for regional food production.

As farming adapts to warming crops and increased droughts, federal agencies are increasing funding and focusing on addressing the industry’s role in spurring a warming world. According to the USDA, the nation’s agriculture sector accounted for 11 percent of the country’s carbon emissions in 2020.

The Farm Bill already includes language outlining two top USDA environmentally focused programs, the Environmental Quality Incentives Program, or EQIP, and the Conservation Stewardship Program. Both of these programs are normally funded through the Farm Bill, but the Inflation Reduction Act added billions of funding to them, with $8.45 billion for EQIP and $3.25 billion for the conservation program. The infusion was praised by environmental groups and Democrats who hope the increased funding will help farmers implement climate-smart solutions like cover crops to help to increase crop resiliency or create wildlife habitats on farmland.

Key agricultural leaders on Capitol Hill also predict that, alongside the addition of climate provisions, fights over Supplemental Nutrition Assistance Program, or SNAP, will stall next year’s Farm Bill. In both 2014 and 2018, efforts from House GOP members to cut SNAP funding slowed the bill’s passage. Earlier this year, Georgia Democratic Congressman David Scott, who is currently seeking re-election and is the Chair of the House Committee on Agriculture and represents a district just outside of Atlanta, warned that fights over SNAP could derail Farm Bill conservations. Given the Biden administration’s recent announcement of plans to end hunger by 2030, debates over nutrition funding are likely to flare up.

Recently passed landmark climate legislation may also interfere with what makes it into the Farm Bill, as Conservative House and Senate members have said funding from the Inflation Reduction Act could decrease the budget for climate proposals inside the Farm Bill.