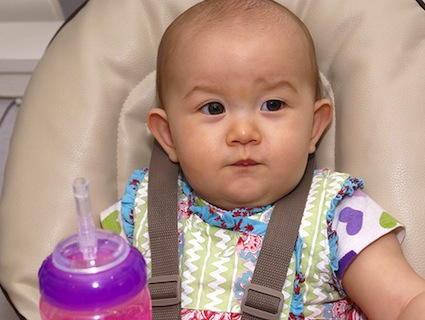 Meanwhile, back here on Planet Earth, the government keeps making industry-friendly regulatory decisions, at least in the food and ag field that I cover. Here’s a list of four recent Obama administration bows to the agrichemical and meat industries.

1. It allowed factory farms to remain on the DL.

Last week, the Environmental Protection Agency withdrew its own proposed rules that would have required operators of factory-scale livestock operations to report basic information to the agency, such as the number of animals kept, whether manure from the facility is applied on surrounding land, and, if so, how much land is available for manure application.

If the now-defunct proposed rules sound rather modest, they really are. Back in 2008, the General Accounting Office issued a report on the EPA’s ability to monitor pollution at factory livestock farms, which are known as concentrated animal feeding operations, or CAFOs. Here’s what GAO concluded:

Despite its long-term regulation of CAFOs, EPA still lacks comprehensive and reliable data on the number, location, and size of the operations that have been issued permits and the amounts of discharges they release. As a result, EPA has neither the information it needs to assess the extent to which CAFOs may be contributing to water pollution, nor the information it needs to ensure compliance with the Clean Water Act.

Then, in 2010, as part a settlement of a lawsuit filed by environmental groups, the EPA agreed to propose new rules that would address this information void. The proposal that it came up with, which finally emerged in 2011, was widely viewed as weak and industry-friendly in sustainable-ag circles. Still, the meat industry shrieked in response. “Making this kind of information readily available to the public puts the safety of the food chain at an even higher risk for acts of bioterrorism,” gasped Big Poultry, a refrain echoed by Big Pig.

And now the EPA has caved, citing not specious biosecurity fears but rather declaring it would be more “efficient” to continue relying on “existing sources” of information on CAFOs—you know, the very same information-poor status quo deplored by the GAO in 2008. So much for Obama, the regulatory zealot.

The EPA’s latest green light for Bayer’s pesticide comes even as a damning weight of evidence indicts clothianidin as a trigger for colony collapse disorder.

2. It gave a potentially bee-decimating pesticide the go-ahead (again).

Also last week, the EPA denied a legal petition from 25 beekeepers and environmental organization to ban clothianidin, Bayer’s blockbuster pesticide that seems to be playing a key role in the dismal health of honeybees. (For the twisted tale of how clothianidin zipped through the EPA’s regulatory process and into millions of acres of corn fields borne along by shoddy Bayer-funded research, see my piece from last year.) As this Pesticide Action Network report shows, the EPA’s latest green light for Bayer’s pesticide comes even as a damning weight of evidence indicts clothianidin as a trigger for colony collapse disorder. The EPA did make one concession: It will put the denied petition up for public comment and reassess it when the comments are in. But there’s a catch, reports Pesticide Action Network: “Officials expect to complete the evaluation in 2018, and any implementation plans could take years beyond that to put into place.”

3. It banned BPA in baby bottles—after the industry had already voluntarily phased it out.

Some observers might be tempted to look for regulatory backbone in the Food and Drug Administration’s recent ban of bisphenol A, an estrogen-disrupting chemical, in baby bottles and sippy cups. Finally, the iron fist of regulation on behalf of consumers and against monied forces! And the monied forces don’t get much bigger than the ones behind BPA. Globally, according to the US Department of Agriculture, chemical giants Dow and Bayer produce “the bulk” of BPA.

But there’s a catch, a gift to those very companies hidden in the palm of that iron fist. It turns out that the ban was proposed last year by the American Chemistry Council, an chemical-industry trade group that zealously denies ill health effects from BPA. Why would the industry seek the ban? Its petition to the FDA puts it plainly: “All Major Product Manufacturers Have Abandoned the Use of Polycarbonate” (BPA). In other words: Go ahead and ban it—it’s already been phased out and a ban gives the appearance of strict oversight,.

As for BPA’s other myriad, lucrative uses in food packaging? The headline from a post I wrote last spring sums up the FDA’s view: “BPA in Your Food? The FDA’s Still Okay With That.”

4. It green-lighted yet another “Roundup Ready” Monsanto product, even as Roundup-resistant weeds pervade farm country. This one was a formality, but worth noting: The USDA has officially “deregulated” Monsanto’s Roundup Ready sugar beets, which already provide the seeds for 95 percent of the US sugar beet market. Wait, how can Monsanto already have sewn up the market for something that USDA is only just now green-lighting? I told that sordid story, which involves Obama’s USDA defying a court that rebuked the agency for the planting of Monsanto’s beet seeds before undertaking a proper environmental-impact study, in this 2011 post. Meanwhile, weed specialists in sugar beet country are reporting an “alarming” rise in Roundup-resistant superweeds this year.