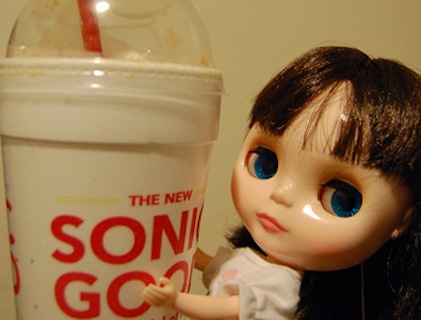 Egged on by massive food-industry marketing budgets, Americans eat a lot of sugary foods. We know the habit is quite probably wrecking our bodies, triggering high rates of overweight and diabetes. Is it also wrecking our brains?

That’s the disturbing conclusion emerging in a body of research linking Alzheimer’s disease to insulin resistance—which is in turn linked to excess sweetener consumption. A blockbuster story in the Sept. 3 issue of the UK magazine The New Scientist teases out the connections.

Scientists have known for a while that insulin regulates blood sugar, “giving the cue for muscles, liver and fat cells to extract sugar from the blood and either use it for energy or store it as fat,” New Scientist reports. Trouble begins when our muscle, fat, and liver cells stop responding properly to insulin—that is, they stop taking in glucose. This condition, known as insulin resistance and also pre-diabetes, causes the pancreas to produce excess amounts of insulin even as excess glucose builds up in the blood. Type 2 diabetes, in essence, is the chronic condition of excess blood glucose—its symptoms include frequent bladder, kidney, and skin infections, fatigue, excess hunger, and  erectile dysfunction.

Here in the US, Type 2 diabetes rates have tripled since 1980, New Scientist reports.

What’s emerging, the magazine shows, is that insulin “also regulates neurotransmitters, like acetylcholine, which are crucial for memory and learning.” That’s not all: “And it is important for the function and growth of blood vessels, which supply the brain with oxygen and glucose. As a result, reducing the level of insulin in the brain can immediately impair cognition.”

So when people develop insulin resistance, New Scientist reports, insulin spikes “begin to overwhelm the brain, which can’t constantly be on high alert,” And then bad things happen: “Either alongside the other changes associated with type 2 diabetes, or separately, the brain may then begin to turn down its insulin signalling, impairing your ability to think and form memories before leading to permanent neural damage”—and eventually, Alzheimer’s.

Chillingly, scientists have been able to induce these conditions in lab animals. At her lab at Brown, scientist Suzanne de la Monte blocked insulin inflow to the brains of mice—and essentially induced Alzheimer’s. When she examined their brains, here’s what she found, as described by New Scientist:

Areas associated with memory were studded with bright pink plaques, like rocks in a climbing wall, while many neurons, full to bursting point with a toxic protein, were collapsing and crumbling. As they disintegrated, they lost their shape and their connections with other neurons, teetering on the brink of death.

For a paper published this year, Rutgers researchers got a similar result on rabbits with induced diabetes.

There’s also research tying brain dysfunction directly to excess sugar consumption. In a 2012 study, UCLA scientists fed rats a heavy ration of fructose (which makes up roughly a half of both table sugar and high-fructose corn syrup) and noted both insulin resistance and impaired brain function within six weeks. Interestingly, they found both insulin function and brain performance to improve in the sugar-fed rats when they were also fed omega-3 fatty acids. In other words, another quirk of the American diet, deficiency in omega-3 fatty acids, seems to make us more vulnerable to the onslaught of sweets.

Another facet of our diets, lots of cheap added fats, may also trigger insulin problems and brain dysfunction. New Scientist flags yet another recent study, this one from University of Washington researchers, finding that rats fed a high-fat diet for a year lost their ability to regulate insulin, developed diabetes, and showed signs of brain deterioration.

Altogether, the New Scientist story makes a powerful case that the standard American diet is as devastating for our brains as it is for our bodies. The situation is tragic:

In the US alone, 19 million people have now been diagnosed with the condition, while a further 79 million are considered “prediabetic”, showing some of the early signs of insulin resistance. If Alzheimer’s and type 2 diabetes do share a similar mechanism, levels of dementia may follow a similar trajectory as these people age.

Yet another reason to load up on fruit and veggies—and work to wrest federal farm policy (which encourages the production of cheap sweeteners and fats)—from the grip of agribusiness.