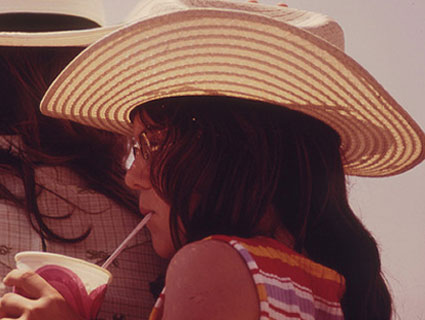 Measures in Richmond and El Monte, California that would have taxed sugar-sweetened beverages at a penny-per-ounce rate failed to pass in either city yesterday. In Richmond, 67 percent of voters said no to Measure N, striking down an attempt by councilmembers such as Jeff Ritterman, the main champion of the tax, to raise funds in hopes of curbing high rates of childhood obesity in the area.

Measure N recieved opposition from some Richmond councilmembers, such as Nat Bates, who told the Contra Costa Times that the tax was an overreach. Fierce campaign spending may have also played a role in quashing passage of the tax; as I reported yesterday, soda and food industry groups, such as the American Beverage Association, poured $2.5 million to defeat the campaign, outspending supporters at a ratio of 35 to 1. That $2.5 million on campaign spending against the tax is almost as much as the $3 million Ritterman was hoping could be raised by the measure to be put towards addressing some of the city’s health issues. The tax fared even worse in El Monte, where only 23 percent of voters favored the tax. There, the soda industry spent $1.3 million to counter the measure.

Though disappointed that the initiatives will have to wait for another election, Ritterman says just getting the measures on the ballot doesn’t have much of a downside for cities. “If you win, you get millions of dollars to address childhood obesity,” he told me. But either way, “you get a very spirited conversation about the health impacts of sugar-sweetened beverages that you didn’t have before.” Ritterman says he has seen less soda consumed at public events around the city because of the debate the tax raised, and thinks young people’s soda drinking habits may have been changed by the coversations the proposed initiative sparked.

Ritterman says he believes that a statewide or nationwide soda tax would be more effective than a local one. With the Obamas’ emphasis on healthy eating, he’s holding out hope for national movement towards taxing soda. In the meantime, he plans to encourage 14 California cities to propose soda taxes in 2014. He also hopes people will start paying more attention to the science behind the overconsumption of sugar: in this campaign, “it was really treated as a political issue by people not taking on the science.”

In the meantime, though people in Richmond and El Monte won’t pay a bit more to consume sugar-sweetened drinks, the health costs of dealing with high diabetes and heart disease rates will continue to add up. Says Ritterman: “We’re actually paying more money by not having the tax, but people weren’t aware of that.”