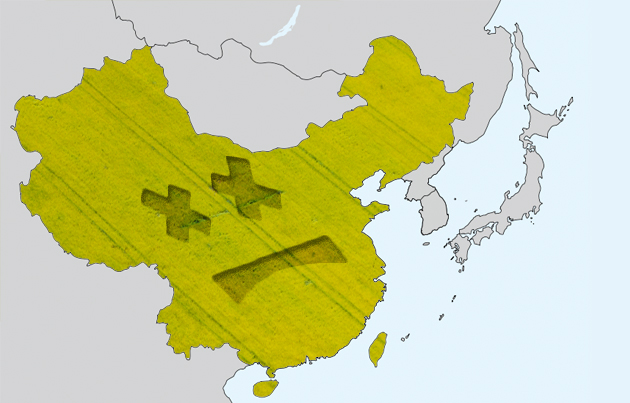 Ever since May, when a Chinese company agreed to buy US pork giant Smithfield, reportedly with an eye toward ramping up US pork imports to China, I’ve been looking into the simultaneously impressive and vexed state of China’s food production system. In short, I’ve found that in the process of emerging as the globe’s manufacturing center—the place that provides us with everything from the simplest of brooms to the smartest of phones—China has severely damaged its land and water resources, compromising its ability to increase food production even as its economy thunders along (though it’s been a bit less thunderous lately), its population grows (albeit slowly), and its people gain wealth, move up the food chain, and demand ever-more meat.

Now, none of that should detract from the food miracle that China has enacted since it began its transformation into an industrial powerhouse in the late 1970s. This 2013 report from the United Nation’s Food and Agriculture Organization and the Organization for Economic Co-operation and Development (OECD) brims with data on this feat. The nation slashed its hunger rate—from 20 percent of its population in 1990 to 12 percent today —by quietly turbocharging its farms. China’s total farm output, a broad measure of food churned out, has tripled since 1978. The ramp-up in livestock production in particular is even more dizzying—it rose by a factor of five. Overall, China’s food system represents a magnificent achievement: It feeds nearly a quarter of the globe’s people on just 7 percent of its arable land.

But now, 35 years since it began reforming its state-dominated economy along market lines, China’s spectacular run as provider of its own food is looking severely strained. Its citizens’ appetite for meat is rising along with incomes, and mass-producing steaks and chops for 1.2 billion people requires tremendous amounts of land and water. Meanwhile, its manufacturing miracle—the very thing that financed its food miracle—has largely fouled up or just plain swallowed those very resources.

In this post from a few weeks ago, I told the story of the dire state of China’s water resources, which are being increasingly diverted to, and fouled by, the country’s insatiable demand for coal to power the manufacturing sector.

Then there’s land. Here are just a few of the findings of recent investigations into the state of Chinese farms:

The team’s results show that extensive [fertilizer] overuse has caused the pH of soil across China to drop by roughly 0.5, with some soils reaching a pH of 5.07 (nearly neutral soils of pH 6-7 are optimal for cereals, such as rice and grain, and other cash crops). By contrast, soil left to its own devices would take at least 100 years to acidify by this amount. The acidification has already lessened crop production by 30-50% in some areas, Zhang [a Chinese researcher] says. If the trend continues, some regions could eventually see the soil pH drop to as low as 3. “No crop can grow at this level of acidification,” he warns.