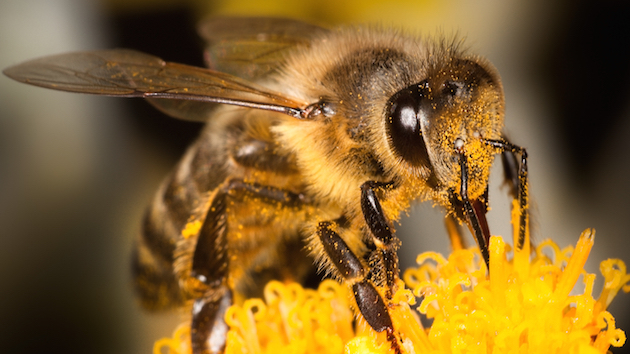 On Thursday, a federal appeals court struck down the Environmental Protection Agency’s approval of a pesticide called sulfoxaflor. Marketed by agrichemical giant Dow AgroSciences, sulfoxaflor belongs to a class of pesticides called neonicotinoids, which have been implicated by a growing weight of evidence in the global crisis in bee health. In a blunt opinion, the court cited the “precariousness of bee populations” and “flawed and limited data” submitted by Dow on the pesticide’s effects on beleaguered pollinating insects.

“I am inclined to believe the EPA…decided to register sulfoxaflor unconditionally in response to public pressure for the product and attempted to support its decision retroactively with studies it had previously found inadequate,” said a circuit judge.

Before winning approval for sulfoxaflor back in 2013, the company hyped the product to investors, declaring that it “addresses [a] $2 billion market need currently unmet by biotech solutions,” particularly for cotton and rice.

US beekeepers were less enthusiastic—a group of national beekeeping organizations, along with the National Honey Bee Advisory Board, quickly sued the EPA to withdraw its registration of sulfoxaflor, claiming that the EPA itself had found sulfoxaflor to be “highly toxic to honey bees, and other insect pollinators.”

Thursday’s ruling, a response to that suit, took their side. It applies only to sulfoxaflor, which Dow markets as a foliar spray on a variety of crops, including cotton, soybean, citrus, stone fruit, nuts, grapes, potatoes, vegetables, and strawberries. It has no bearing on the EPA’s equally controversial approval of other neonics like clothianidin  and imidacloprid, which are widely used as seed treatments on the two most prominent US crops: corn and soybeans.

But Greg Loarie, an attorney for EarthJustice who argued the case for the beekeeper’s coalition, told me that the decision has broad significance because the ruling “makes clear” that when the EPA is assessing new pesticides, it must assess robust data on the health impacts on the entire hive, not just on individual adult bees.

In its opinion, the court rebuked the EPA for approving sulfoxaflor despite “inconclusive or insufficient data on the effects…on brood development and long-term colony health.” That’s a problem, the court added, because pesticides can cause subtle harm to bees that don’t kill them but that “ripple through the hive,” which is an “interdependent ‘superorganism.'” Indeed, many independent studies have demonstrated just such effects—that low-level exposure to neonics is “sub-lethal” to individual bees but compromises long-term hive health.

“The EPA doesn’t have that [hive-level] information on very many insecticides, if any,” Loarie said.

And in the case of sulfoxaflor, the agency didn’t try very hard to get that information. In January 2013, because of major gaps in research on the new chemical’s effect on bees, the EPA decided to grant sulfoxaflor “conditional registration” and ordered Dow to provide more research. And then a few months later, the agency granted sulfoxaflor unconditional  registration—even though “the record reveals that Dow never completed the requested additional studies,” the court opinion states.

In an even more scathing addendum to the court’s main opinion, Circuit Judge N.R. Smith added, “I am inclined to believe the EPA…decided to register sulfoxaflor unconditionally in response to public pressure for the product and attempted to support its decision retroactively with studies it had previously found inadequate.” The judge added, “Such action seems capricious.”

Sulfoxaflor’s twisted path through the EPA’s approval process isn’t the first time the agency has green-lighted a neonicotinoid pesticide under dodgy circumstances, as I showed in this 2010 piece on clothianidin, a widely marketed pesticide marketed by Dow’s European rival, Bayer.

In 2013—the same year the EPA approved sulfoxaflor—the European Union placed a two-year moratorium on clothianidin and two other major neonics, citing pollinator health concerns. For a study released last year, the US Geological Survey found neonic traces in all the Midwestern rivers and streams it tested, declaring them to be “both mobile and persistent in the environment.” In addition to harming bees, neonics may also harm birds and fish, Canadian researchers have found.