Drinking a little bit of alcohol is good for you, right? That, at least, is the conventional wisdom lurking in the back of your mind as you nurse your second glass of wine on a Tuesday night. And it’s indeed true that dozens of studies have reported health benefits from consuming a moderate amount of booze. They suggest, for example, that it can actually lower your risk of dying. (Which is weird, since…drunk driving.)

Now some Canadian researchers (curse them) have given all this mortality data a closer look. And since I know you’re tipsy and can’t handle too many words, let’s use these images the scientists kindly provided…

I do not like where this is headed. The next chart depicts what those 87 studies appeared to demonstrate: that downing one to four drinks a day lowers your risk of dying compared with either (a) heavy drinkers or (b) “abstainers” who don’t drink at all.

But does this really make sense? I mean, apart from the fact that “occasional” drinkers should be way closer to the Y axis, why would having less than one drink a week bring roughly the same benefit as downing one or two per day? Something doesn’t quite add up here, and that’s what these horrid researchers have discovered as well. “A fundamental question is, who are these moderate drinkers being compared against?” lead author Tim Stockwell, director of the University of Victoria’s Centre for Addictions Research in British Columbia, noted in a statement.

The problem here has to do with something Stockwell calls “abstainer bias.” Because there’s a difference between just not drinking and not drinking because you have serious health problems, or it’s killing your marriage, or whatever.

So what happens when you account for this abstainer bias? Well, things aren’t looking so good for you now, are they, lush?

It now appears that light drinking is a wash at best—at least according to Stockwell et al, whose paper appears in the March issue of the Journal of Studies on Alcohol and Drugs, a title so literal it makes you crave a couple cold ones. The journal also hides the full text of its papers behind a paywall, an affront to scientific advancement—but that’s a topic for another article.

Stockwell and his colleagues did have one other key observation: The vast majority of the studies linking alcohol and mortality were just not very good.

As for you “medium volume” drinkers, it now appears you’re only slightly better off than those people who quit drinking because of their myriad problems. “High volume” drinkers? You are done for, lad. Five or more drinks a day is just a stupid, Mad Men level of boozing. Join AA or perish. But perhaps your spirits will be lifted by the following message, via SadAndUseless.com: 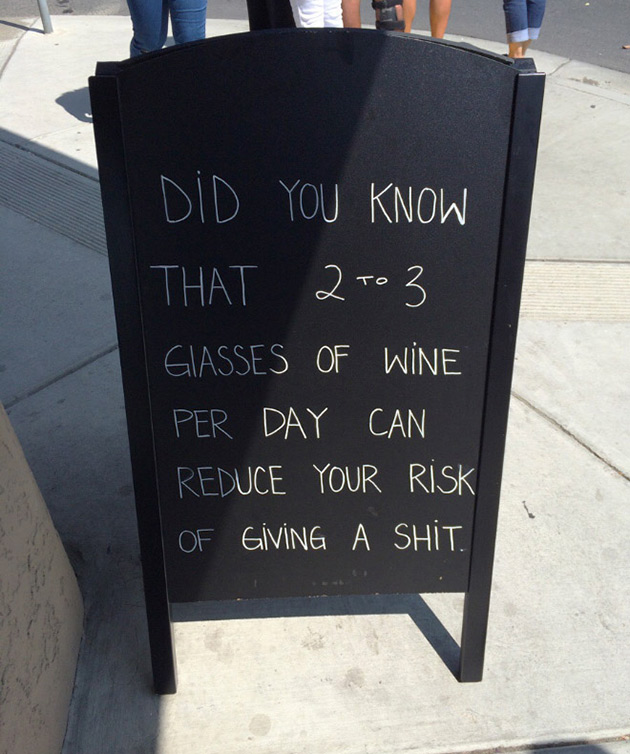