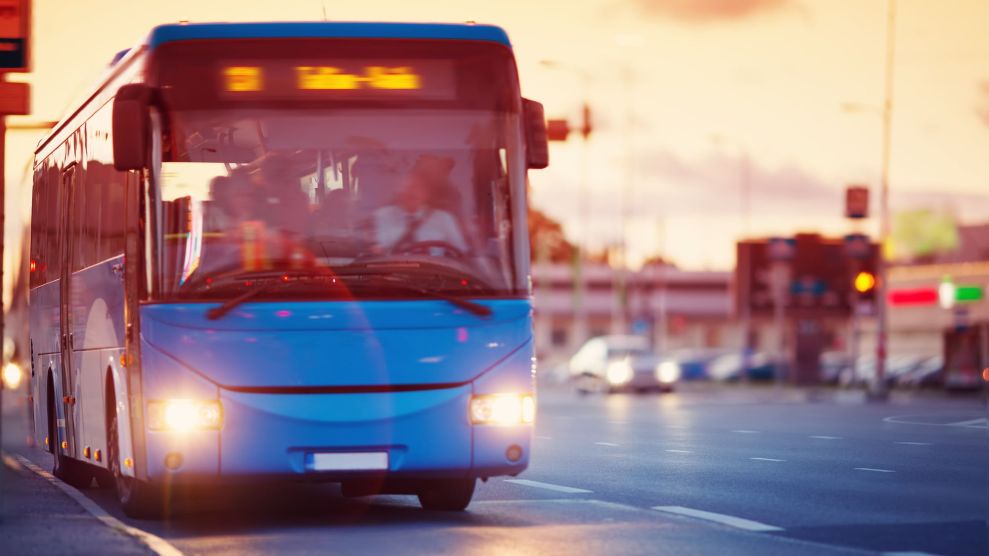 According to an astounding report by the Washington Post, Republicans have (yet another) brand-new strategy to defend President Donald Trump from impeachment—and it involves throwing Rudy Giuliani, Gordon Sondland, and “possibly” Mick Mulvaney under the bus. Under this new approach, Republicans would essentially acknowledge what has become obvious to everyone: that Trump’s henchmen really did demand that Ukraine investigate Democrats in return for military aide and a White House meeting. But, Republicans insist, Trump himself knew nothing about the scheme:

All three occupy a special place in the Ukraine narrative as the people in most direct contact with Trump. As Republicans argue that most of the testimony against Trump is based on faulty secondhand information, they are sowing doubts about whether Sondland, Giuliani and Mulvaney were actually representing the president or freelancing to pursue their own agendas. The GOP is effectively offering up the three to be fall guys…The suggestion that Sondland, Giuliani and possibly Mulvaney made demands of Ukrainians without Trump’s explicit blessing has emerged among several theories that Republicans have offered in Trump’s defense, as witnesses testify that they believed Ukraine was being squeezed.

The Post notes that this line of defense faces “several potential problems.” Indeed.

Let’s start with Mulvaney, Trump’s acting chief of staff. He’s on record saying that Trump explicitly linked his desire for a Ukrainian investigation of Democrats to the resumption of military aide to that country. “What you just described is a quid pro quo,” one reporter noted. “It is: Funding will not flow unless the investigation into the Democratic server happens as well.”

Then there is Giuliani, who continues to insist that his work in Ukraine was “solely” in his capacity as Trump’s attorney.

The investigation I conducted concerning 2016 Ukrainian collusion and corruption, was done solely as a defense attorney to defend my client against false charges, that kept changing as one after another were disproven.

The idea that Trump was unaware of Giuliani’s activities is pretty hard to reconcile with the reconstructed transcript of Trump’s July 25 call with Ukrainian President Volodymyr Zelensky. Trump repeatedly told Zelensky to speak over the phone with Giuliani and Attorney General Bill Barr about an array of topics and people Trump wanted investigated, including Joe Biden’s son. “Mr. Giuliani is a highly respected man,” Trump said. “I will ask him to call you along with the Attorney General. Rudy very much knows what’s happening and he is a very capable guy. If you could speak to him that would be great.”

But Zelensky wasn’t the only person Trump wanted Giuliani to speak to about Ukraine. And that brings us to Sondland, who recently admitted to Congress that he told a top Ukrainian official that the country would need to publicly announce the investigations Trump was asking for in order to unlock the desperately needed aide. The Republican strategy, according to the Post, is to argue that the president never wanted Sondland to demand such a quid pro quo. (This morning, Trump tried to distance himself from Sondland, telling reporters, “I hardly know the gentleman.”)

But this defense is pretty tough to square with the facts. As my colleagues David Corn and Dan Friedman explained this week, when Sondland contacted Trump in an effort to secure a meeting between Trump and Zelensky, Trump directed Sondland to Giuliani. “He just kept saying: ‘Talk to Rudy, talk to Rudy,’” Sondland told Congress. Here’s what happened next:

When Sondland checked in with Giuliani, he testified, “Giuliani emphasized that the President wanted a public statement from President Zelensky committing Ukraine to look into anti-corruption issues” and “specifically mentioned the 2016 election, including the DNC server and Burisma [the company that employed Biden’s son] as two anti-corruption investigatory topics of importance for the President.”

Freeze the frame: Top US officials want to help Ukraine win phone and face time with Trump; Trump essentially says, you gotta talk to Rudy first; and Giuliani says no meeting without Zelensky launching an investigations to produce material that supports a crazy conspiracy theory that holds the Russians did not hack the Democrats during the 2016 election and to uncover information on a company whose board included former Vice President Joe Biden’s son, Hunter.

Giuliani, who would presumably be able to shed considerable light on what Trump was demanding, has refused to cooperate with investigators, defying a congressional subpoena for documents related to his work in Ukraine. But as Jonathan Chait notes in New York magazine, Trump himself made his desires pretty clear. In September, a reporter asked the president what he told Zelensky about the Bidens. “It’s very important to talk about corruption,” Trump responded. “If you don’t talk about corruption, why would you give money to a country that you think is corrupt?”

Trump again basically cops to asking Ukraine about Biden: "We're supporting a country. We want to make sure that country is honest…it's very important to talk about corruption. if you don't talk about corruption, why would you give money to a country that you think is corrupt?" pic.twitter.com/u2zlloPl1X