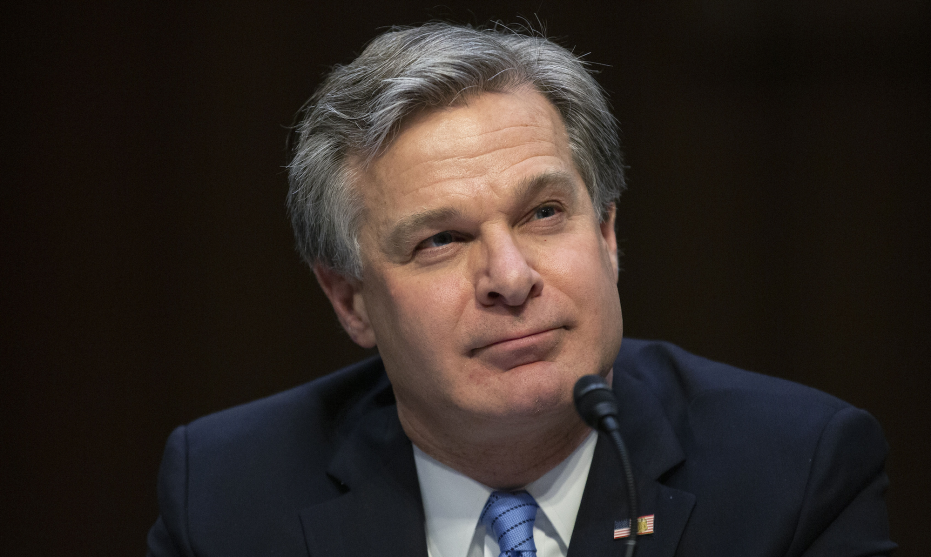 President Donald Trump lashed out at Christopher Wray on Tuesday after the FBI director backed key findings in the Justice Department’s inspector general report into the origins of the bureau’s Russia investigation. The much-anticipated report, which was released Monday, effectively dismantled Trump’s longstanding conspiracy theories that the probe had been improperly opened and that it was politically motivated against him.

In an interview with ABC News on Monday, Wray described it as “important” that the inspector general concluded that “the investigation was opened with appropriate predication and authorization” while pledging to correct the “serious performance failures” by the FBI that had been listed in the watchdog report. Wray also shot down Trump’s accusation that the FBI was being controlled by the “Deep State” conspirators.

“I think that’s the kind of label that’s a disservice to the men and women who work at the FBI who I think tackle their jobs with professionalism, with rigor, with objectivity, with courage,” Wray told ABC News. “So that’s not a term I would ever use to describe our workforce and I think it’s an affront to them.”

In a furious tweet Tuesday morning, Trump went after Wray over his response to the report and appeared to question Wray’s ability to lead the bureau. Many interpreted the attack as a signal that the president wanted to fire his second FBI director in just three years. His decision to dismiss James Comey in 2017 after the former FBI director refused to pledge his loyalty to the president was widely condemned as an abuse of power and potentially a move that constituted obstruction of justice.

I don’t know what report current Director of the FBI Christopher Wray was reading, but it sure wasn’t the one given to me. With that kind of attitude, he will never be able to fix the FBI, which is badly broken despite having some of the greatest men & women working there!

Trump’s attack against Wray came shortly before House Democrats are scheduled to announce articles of impeachment against the president. One of the articles is expected to accuse Trump of abuse of power for attempting to pressure Ukraine to launch self-serving investigations.