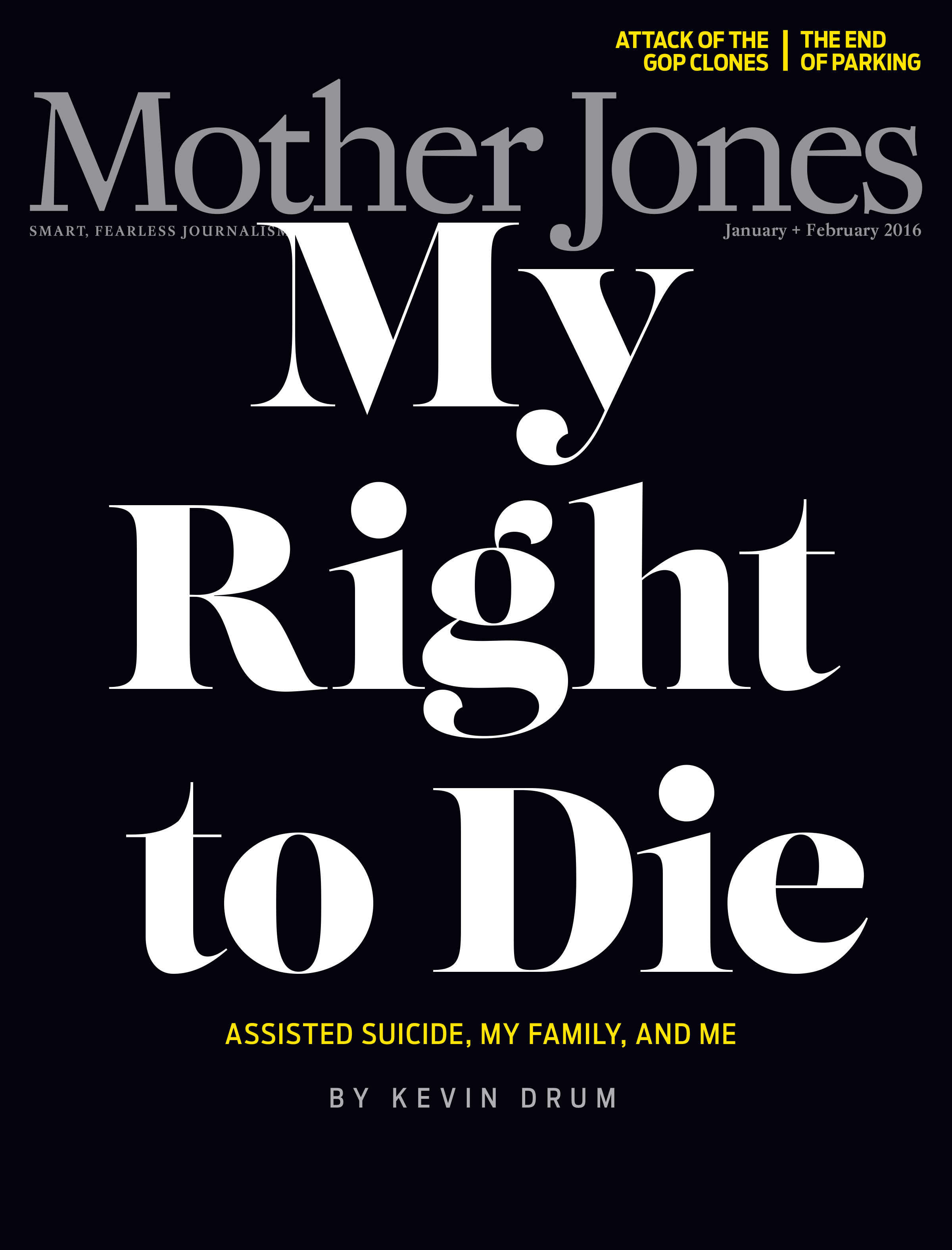 When running late for her interview with a lawyer suing Uber, 1 Hannah Levintova decided her best option was to take the subway (“Road Warrior”).

2 Clive Thompson lives in a Brooklyn neighborhood where a parking spot converted to livable space could fetch nearly $200,000 (“No Parking Here”); Eevolver, whose staff has worked on Hollywood projects like Life of Pi and Clifford the Big Red Dog, made the story’s computer-generated illustrations.

The portraits of Kevin Drum and his wife, Marian, are by 3 Kendrick Brinson, who has photographed for the New York Times Magazine and Wired (“My Life to Leave”).

Tim Murphy (“Do Candidates Dream of Electric Sheep?”) wishes he had a super-PAC to write his stories for him.

Claire Provost and Matt Kennard are fellows at London’s Centre for Investigative Journalism, and travel for their article (“Humanitarian Raid”) was supported by the Pulitzer Center on Crisis Reporting; the piece’s art is by Manhattan-based but Hong Kong-raised illustrator 4 Victo Ngai, who has drawn for NBC and The New Yorker.

5 Ken Armstrong (“This Boy’s Life”) has won or shared in three Pulitzer Prizes, and co-author 6 Corey Johnson has been a Pulitzer finalist; they are both reporters for The Marshall Project, a nonprofit newsroom covering criminal justice.