You know the drill: We asked Mother Jones staffers to tell us about some of their favorite books, movies, TV shows, games, and other media this year. And since most of us read and listen more than we make it to the movies, we broke out music, fiction, and nonfiction in three additional posts. (Be sure and also check out our house music critics’ Top 10 lists, and resident cinemaphile Swin’s unique recounting of “The Most Glorious and Fantastic Movies of 2012—and the Worst of the Worst.”)

Ballplayer: Pelotero. Ever wonder how that star Dominican player ended up on your favorite team’s roster? This riveting documentary pulls back the curtain on the often sketchy and sometimes corrupt world of scouts and signing bonuses—and Major League Baseball’s inability (or unwillingness) to reform the system.—Ian Gordon, copyeditor

Argo. Director Ben Affleck’s (!) retelling of the bizarre rescue of six American hostages from Iran in 1979 is just as good as everyone says. —Nick Baumann, news editor

The Inbetweeners. Arriving in the US this year (via Netflix), this movie was the Freaks and Geeks of my 2012. —Maggie Severns, online editorial fellow 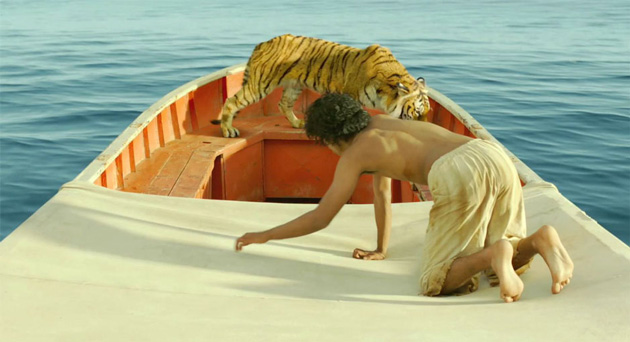 Editor’s note: This next one is way, way far from being a 2012 release—it came out in 1986, to be exact—but since the boss wrote about it, we let her cheat a bit…

Down by Law. I was reminded of it by Tad Friend’s spellbinding New Yorker piece on Jon Lurie of the Lounge Lizards, but in watching this film from director Jim Jarmusch, I’m not sure what’s more compelling—a pre-Il Postino Roberto Benigni, pre-Ocean’s 13 Ellen Barkin, or pre-Katrina New Orleans. But in the end, Tom Waits’ voice on “Jockey Full of Bourbon” is what hauntingly endures.—Monika Bauerlein, coeditor-in-chief

Life of Pi. Telling a story “that will make you believe in God,” as one character says, is a tough order to fill. But this film, adapted from the best-selling novel about a shipwrecked Indian boy and Bengal tiger sharing a boat on the open sea, might just change some secular minds thanks to its stunning imagery and the overall magic it produces. See it in 3D. The jellyfish alone are worth it. —Brett Brownell, multimedia producer

Treme, Season 3 (HBO). No TV series better captures the world of music-making. With these 10 episodes, David Simon, who created The Wire, bolsters his standing as one of the nation’s premier chroniclers of the gritty intersection of politics, crime (white collar and low-rent), education, poverty, and power in 21st-century America. —David Corn, reporter and DC bureau chief (“I love this show, a gritty love song to New Orleans from David Simon and crew,” adds Mother Jones publisher Steve Katz) 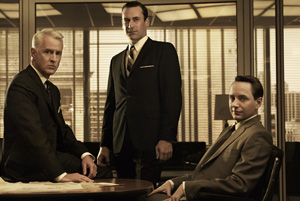 Mad Men, Season 5 (AMC): The women of Mad Men come to the forefront in this season, perhaps the show’s best (and darkest) to date. We also see some major plot shake-ups and a persistent emphasis on the subconscious. —Jacques Hebert, public affairs manager

This episode of Saturday Night Live, hosted by Louis CK, proved that both Louis and the show have (once again) hit their strides. —Maggie Severns, editorial fellow

Girls (HBO). Sure the selfish main character, Hannah, gets on your nerves and sure all of the protagonists are privileged white girls “struggling” in Manhattan, but not sure I’ve ever seen a show mirror so closely the dreams and failures of twenty-somethings trying to do what they love and find someone to love in the age of irony and online dating. Lena Dunham deserves loads of credit for disrupting the expectations of how women should look and act on TV.—Maddie Oatman, research editor

Homeland (Showtime). Too obvious, maybe, but this gripping drama featuring Claire Danes as a CIA agent on the trail of Sergeant Nicholas Brody (Damian Lewis), a rescued POW she suspects was “turned” by his terrorist captors in Afghanistan. The show was created by the guys who brought us the shallow, post-9/11 crack addiction known as 24, but Danes’ Carrie Mathison is no Jack Bauer. She’s bipolar, compulsive, and apt to cross professional boundaries in a serious way. Danes is just fantastic in this role, and Homeland, now heading toward its third season, is a superior psychological thriller. —MM (Read our past interview with the show’s creators.)

Game of Thrones (HBO). Co-creator David Benioff has called it “The Sopranos in Middle Earth,” and that’s apt enough: The show’s characters—from George R.R. Martin’s fantasy novels A Song of Ice and Fire—are (unlike Tolkien’s) deeply developed, yet they live in a feudal realm where dragons exist and clannish power struggles abound. The story is engrossing and the casting first rate: It’s worth watching just to see Peter Dinklage play Tyrion Lannister (a.k.a. “the Imp”), the spurned dwarf scion of a power-hungry family. Hell, it’s worth watching for the opening credits. Season 3 commences March 31 on HBO, but you can get your paws on the rest by now. —MM

Husbands, by Jane Espenson and Brad Bell: A web comedy series about a fey, media-savvy actor and a good-hearted baseball pro who get married during a drunken night in Vegas but try to make the marriage work. Great cameo guest roles include Joss Whedon in his acting debut as the ballplayer’s agent. —Tim Luddy, creative director

www.jessandruss.us It was lauded for its beautiful design and chided for its “twee”-ness. But what it boils down to is this: It’s the most fun you’ll have all year looking at a couple’s wedding website. —Brett Brownell, multimedia producer

The relocated Barnes Foundation collection opened in Philadelphia this year; it’s up for debate whether the new presentation of this vast artistic trove would count as “best of” or a “worst of,” but I don’t care. It’s interesting. —Maggie Severns, editorial fellow 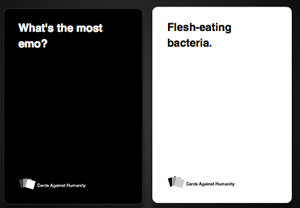 Cards Against Humanity (updated and expanded in 2012): Kudos to this card game for making my dinner parties way less PC and way more wicked. The game’s arbitrary judging and basic rules make it similar to Apples to Apples, only the cues are dark and twisted, the combinations morbid, and it will not go over well at family reunions.—Maddie Oatman, research editor

Vinyl Records have just had their best sales year since the early 1990s. That’s because they’re fun to collect and play and they are almost always packaged with MP3s. Not just for hipsters anymore? —Nick Baumann, news editor