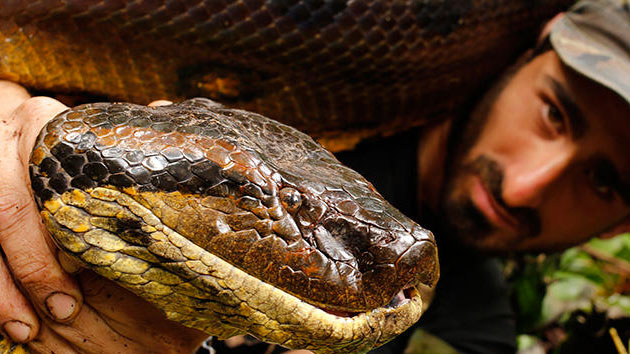 In the first public admission that its reality television shows have strayed into the land of bizarre fakes and fabrications, the new boss at Discovery Channel has pledged to restore the network’s documentary credibility with viewers—saying fake programming has “run its course,” and is “not right for us.”

The move is a major change for Discovery Communications, owner of the Discovery Channel. The group also owns a host of other networks, including Animal Planet and TLC, which have attracted criticism for the mistreatment of animals and for elaborately staging reality programs. 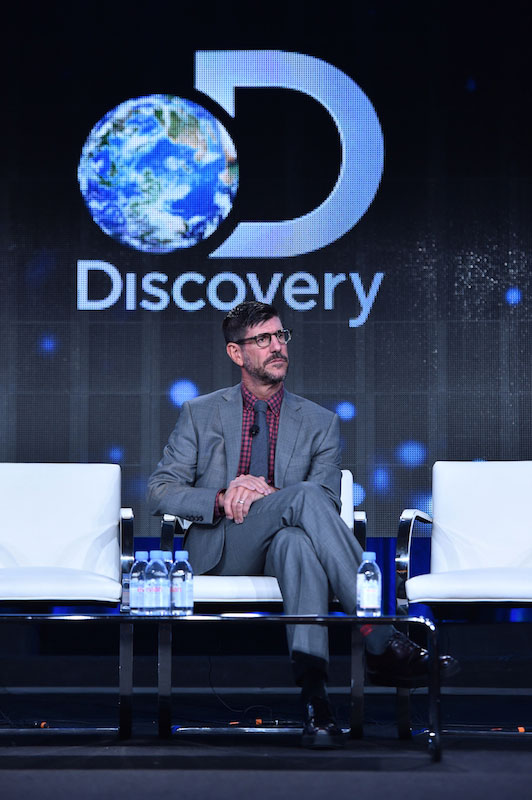 One example: Megalodon: The New Evidence, screened during 2014’s “Shark Week,” which claimed that the largest predatory shark that ever lived is still alive (it’s not—some scientists were portrayed by actors). Another show, Eaten Alive, promised to show a man being swallowed whole by an anaconda (he eventually wasn’t—he called off the eating part in front of the cameras). It was widely slammed by critics for making false claims about the show’s content, and by wildlife advocates for harassing the snake and promoting fear.

At the Pasadena event, Ross was just 72 hours into the job, but he wasted no time in outlining his new priorities: “If there was one word, it would be ‘authentic,'” which would be a filter for “everything we have on the air,” he told reporters last Thursday.

Discussing Discovery programming like Megalodon—and a similar show on Animal Planet that purported to find evidence of real life mermaids—Ross said it was time for his channel to switch gears: “It’s not whether I’m a fan of it. I don’t think it’s actually right for Discovery Channel, and it’s something that I think has, in some ways, run its course,” he said, according to a transcript.

In the question-and-answer session, Ross was challenged to address concerns that Discovery programming has directly misled the public. One journalist asked, “Do you have plans to try to repair relationships with scientists, educators, and other people who felt like those shows were—besides the fact that they were betraying Discovery’s mission, were giving false information to people?”

Ross pointed to his recent appointment of a distinguished 17-year veteran of HBO and multiple Emmy Award-winner, John Hoffman, as executive vice president of documentaries and specials, calling it a commitment to returning to the land of truth-telling documentaries.

And what about Eaten Alive? “I don’t believe you’ll be seeing a person eaten by a snake during my time,” he said, to laughter. Ross also wants to distance the channel from shows like Skyscraper Live With Nik Wallenda, which drew 10.7 million viewers to watch live as a man tightrope-walked between two Chicago skyscrapers. “We can do things that are live, but we don’t have to make it as much of a sideshow [type] event,” Variety reported him as saying.

Ross declined to be interviewed for this article.

His comments were welcomed by some outspoken critics of Discovery’s scientific programming, including David Shiffman, a marine biologist, who has made a name for himself on social media by campaigning publicly for years to get Discovery to change its ways.

“It’s exciting that they’re finally listening to concerns that have been expressed by so many people,” Shiffman said in a phone interview. “By scientists, by conservationists, by educators who have had to deal with the consequences of the completely made-up documentaries.”

But Shiffman warned there’s still along way to go across the entire organization. “There are lots of other problems with recent Discovery shows,” he said, including “fear-mongering instead of facts” and “a promotion of wildlife harassment.” He said he’ll be watching the lineup for 2015’s Shark Week closely to see if Ross’s promises have been implemented.

The issue of faked and fraudulent shows is not limited to Discovery Channel. For Mother Jones, I’ve written a series of investigative articles about Call of the Wildman on Animal Planet, Discovery Channel’s sister station. My reporting documented evidence of the show’s mistreatment of animals, including the drugging of a zebra, and the deliberate trapping of wildlife for elaborately staged and scripted scenes; the reporting called into question the show’s legality under federal and state animal welfare laws, and has since attracted an ongoing probe by USDA officials. At the time of my reporting into Call of the Wildman, Discovery Communications representatives and production staff fervently defended Animal Planet’s treatment of animals, denying any harm was done.

It will be an uphill battle for reform inside Discovery, both the channel and its parent organization, says Chris Palmer, the director of the Center for Environmental Filmmaking at the American University School of Communication. Ross “will face a lot of internal opposition because the drive for ratings is still there in the culture of the organization,” he said. Previously, Palmer says, “the senior people have defended vigorously what they’ve done and have painstakingly ignored criticism.”

While the channel has “burned a lot of bridges, I am cautiously optimistic for the future,” said Shiffman, the marine biologist. “But they have a lot more that they need to do to earn back our trust and respect.”