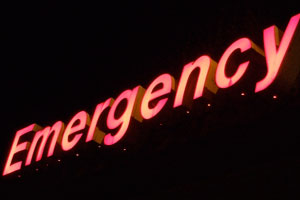 My colleague Kevin Drum says the best way to judge the deficit commission co-chairs’ preliminary plan [PDF] is to look at how much of it is focused on lowering health care costs. “Any serious long-term deficit plan will spend about 1% of its time on the discretionary budget, 1% on Social Security, and 98% on healthcare,” Kevin argues. The co-chairs, Alan Simpson, a former Republican senator, and Erskine Bowles, a former chief of staff to Bill Clinton, definitely don’t do that. Instead, as Kevin writes, they “turn suddenly vague and cramped when it gets to Medicare.” There’s a good reason for that: Most of the health care savings that could have been used to reduce the deficit have already been used to pay for various provisions of the Democrats’ health care reform bill, the Affordable Care Act (ACA).

Because Democrats were determined to make ACA reduce the deficit, almost every cost-saving measure that was considered politically viable—and a few that weren’t—was included in the bill. Some of those cuts proved damaging to Dems. Many Republicans campaigned against the hundreds of millions of dollars in cuts to Medicare that helped pay for the ACA. (The Karl Rove-affiliated Crossroads GPS ran ads slamming Dems for slashing Medicare.) Even after those cuts were made, the Dems still needed to find more money. Remember the tanning tax? The 1099 reporting requirements? Those were acts of desperation.

So what the deficit commission chairs are left with in terms of potential health care cost savings is a group of ideas that were considered too politically controversial to be included in one of the most politically controversial bills of the past few decades. This is seriously third-rail stuff. There’s medical malpractice reform, which Dems hate because it hurts trial lawyers, a big part of the party’s donor base. But even if malpractice reform got passed, it would save at most $85 billion over the next 20 years—nowhere near enough to make a significant dent in the deficit.

Another measure the chairs suggest is strengthening the Independent Payment Advisory Board, the crown jewel of the ACA’s cost-control measures. The IPAB, which is due to start up in 2014, will have vast power to propose Medicare compensation rates for various procedures. IPAB is already under attack by Senate Republicans. Hospitals, which won a three-year exemption from IPAB’s mandate but will come under its purview by 2018, see the writing on the wall and have pushed especially hard to weaken the board’s powers. Despite the board’s tenuous position, the commission’s chairs propose strengthening it significantly. It’s hard to see how that will happen.

A third suggestion the co-chairs put forward would “increase cost-sharing for Medicare.” In English, that means many seniors’ copays and deductibles would increase. That alone is sure to be politically difficult, but the co-chairs would go even further, instituting a cap on catastrophic costs—meaning that beyond a certain point, Medicare would stop paying, and seniors could face bankruptcy from health care costs.

After putting forth proposals that will irk trial lawyers, doctors, hospitals, and seniors, the co-chairs still aren’t done—they also want to take on Big Pharma. Medicaid, which serves poor people, already requires drug companies to disclose the lowest prices they’re offering for their drugs. Medicaid pays that price. Under the co-chairs’ plan, drug companies that wanted to participate in Medicare’s prescription drug benefit program would have to do the same thing. Pharma is sure to oppose that measure, which would put a serious dent in the industry’s profits.

The rest of the co-chairs’ health care proposals include ticking off veterans, whose copays would increase; medical colleges, which would receive less in federal subsidies; and states, which would receive less money to cover long-term care for poor seniors. In short, the chairs’ health care proposals will force nearly every significant interest group in America to take a haircut.

The kicker is that, under the co-chairs’ proposal, a large part of the health care “savings” would be immediately spent. In 1997, a Republican-led Congress passed a law that was supposed to slowly reduce the amount of money Medicare paid doctors for certain procedures. But the payments declined more quickly than legislators had intended. So for the past 13 years, Congress has regularly had to pass a temporary “doc fix” ensuring health care providers got their money. The money to pay for the “doc fix” is usually borrowed—and because no one wants to raise taxes or slash other spending to find a permanent solution, the “fixes” are always temporary. The deficit commission chairs want to change that by slashing health care costs elsewhere to offset the approximately $300 billion cost of a permanent “doc fix.” Such a fix will reduce the deficit, but only because, absent a permanent solution, the continued passage of temporary, deficit-financed “doc fixes” is all but inevitable.

This is the ultimate proof of Kevin’s point: even though our main budget problem is that health care costs too much, the deficit commission wants to spend most of its controversial health care “savings” on making sure that doctors keep getting paid at a level that satisfies the American Medical Association. It’s more evidence of just how difficult the long-term deficit problem really is.