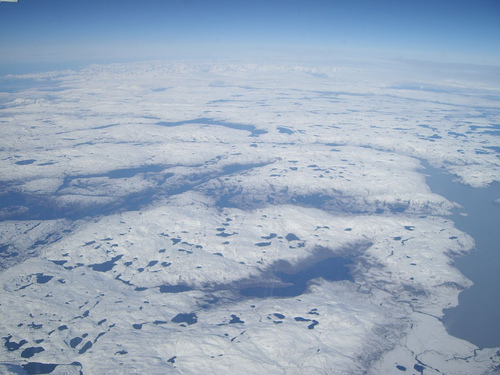 Energy companies are lining up to start exploring in new areas opened up off Greenland’s coast for oil. But in the wake of the BP oil spill in the Gulf this year, Greenland decided to take a new approach: demanding that the companies fork over $2 billion first to ensure that there are adequate funds in place should one of those companies screw up.

Shell, Cairn Energy, Statoil, Dong and Maersk Oil are among the companies gunning to drill off the country’s western coast in a previously untapped 50,000 square kilometer area. (BP pulled out of bidding there in late August, likely related to their Gulf problem.) The Guardian reports:

The government had planned to announce the winners in August, but arguments over the requirement to pay a bond has delayed the process. Intensive negotiations are under way and the winners could be announced as early as next week.

The payment – either in the form of a parent company guarantee for the larger companies or a straight advance – would have to be made once companies were awarded a license to explore a block. This is despite the fact that actual drilling would not take place for another three or four years because of the mapping and geological preparatory work that would have to be carried out.

As a recent report highlights, oil spill clean up in the Arctic would be more difficult than it is in the Gulf, due to the remote locations, icy conditions, and shorter days. This gives all the more reason to force companies to show that they have the money on hand to deal with a catastrophe. When it comes to a disaster like BP’s this summer, $2 billion is pocket change really; the most recent estimate of the cost of the Gulf spill was up to $40 billion.

The successful, Greenland’s bidders will win the right to explore on the plots for 10 years, and then the rights to produce there for 30 years should they find oil. The US Geological Survey has estimated that there are up to 18 billion barrels of oil and gas reserves in the region of the Arctic between Greenland and Canada, which the companies are all hoping to tap. (And because there’s never enough irony in the world, global warming is actually making it easier to reach those reserves.)

The difference this highlights between Greenland and the US when it comes to drilling policies, though, couldn’t be more stark. Here, Congress hasn’t even yet managed to lift the cap on liability for oil companies from the measly $75 million it’s set at right now. And we don’t even seem to read oil companies’ spill response plans, let alone ensure that they are prepared to carry them out.