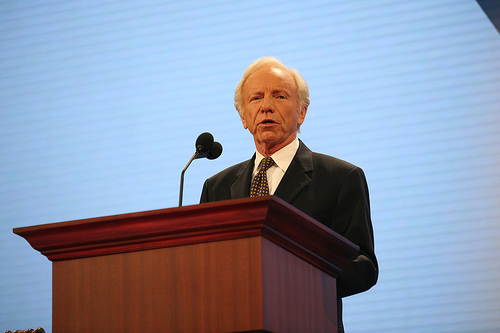 The 2010 midterms are barely in the rear-view, the 111th Congress’ lame-duck session just begun, but already the handicapping for the 2012 congressional races is underway. As Politico reports today, senators up for re-election in 2012 are drumming up cash, laying the groundwork for their campaigns, mulling their party affiliations, or weighing whether to even bother running again.

For instance, a pair of longtime Senate Democrats, North Dakota’s Kent Conrad and New Mexico’s Jeff Bingaman, are considering hanging up their spurs and retiring, Politico reports. Then there are Senators Claire McCaskill of Missouri and Joe Lieberman of Connecticut, both of whom face questions about which party they’ll run with in 2012. McCaskill’s re-election challenge is a steep one, simply because she’s a Democrat in a state that didn’t back Obama in 2008 and voted in a Republican senator in the midterms. Now, McCaskill has made no statements suggesting she’d run as an independent in 2012, but she’s definitely been playing up her independent streak. “I think that’s the message that I got to make sure that Missourians understand: that I haven’t been afraid to differ from Harry Reid; I have not been afraid to take on Nancy Pelosi; I have not been afraid to tell the president he is wrong,” McCaskill said. “And that I have been the independent that I think most Missourians want.”

Meanwhile, Lieberman’s affiliation is always up in the air. Currently an independent who caucuses with the Democrats, Lieberman said three different scenarios—a GOP candidacy, Democratic candidacy, or even retirement—”are still alive.”

The stakes for 2012 are, of course, especially high with the GOP angling to win back the Senate, and thus control the entire Congress. Here’s more from Politico:

Leaders from both parties are urging a more aggressive strategy for senators to be more visible back home and calling on senators to tout the benefits of bills they’ve pushed. They’ve also been warned not to take any challenger—whether in a primary or general election—for granted.

Democrats clearly have the more challenging playing field, defending 21 incumbents, along with two independents who caucus with them. The GOP only has nine seats to worry about…

Republicans, who watched incumbents Lisa Murkowski and Bob Bennett lose primaries, seem more concerned about intraparty challenges going into 2012. Texas Sen. John Cornyn is already warning his nine incumbents to begin preparing for an influx of candidates who may challenge them in primaries.