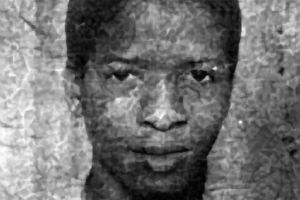 Read Karen Greenberg’s previous coverage of the trial of Ahmed Khalfan Ghailani, the first Guantanamo detainee to be tried in a civilian court.

The trial of Ahmed Ghailani, the first and potentially only trial of a Guantanamo detainee in US federal court, is now over except for the jury’s deliberation and verdict. On Wednesday, the courtroom, packed during two days of closing arguments on Monday and Tuesday, stood empty as Judge Lewis Kaplan delivered his final remarks—his charge to the jury, explaining the law to them. Yet there was something else lingering in the courtroom, something that has quietly underlain this trial throughout: the emotions at the defense table, fully revealed in the closing arguments.

Certainly, emotion could be expected in a trial of an alleged conspirator in the 1998 bombings of the US Embassies in Kenya and Tanzania. Each week, two rows of the courtroom have been filled with “victim observers” from East Africa, people who were injured or lost someone in the bombings. The names of those killed were entered into evidence, as was the description of the blackened body of a man taking his last breath. And of course a New York jury, when hearing the prosecution describe the destruction at the embassy site, would have been hard pressed not to think of Ground Zero.

Yet, until the final days of the trial, the tenor of this case has been strikingly dispassionate, less about emotion than about politics and terror bureaucracy. It has been the prosecution’s burden to prove that Mr. Ghailani is guilty beyond a reasonable doubt of conspiring to destroy the embassies. It has gone about that task calmly, methodically, focusing on the command structure of al Qaeda, its ideology and operational manual, and on the ties of other proven and alleged terrorists. In closing remarks that took up virtually an entire day, prosecutor Harry Chernoff laid out the details all over again with calm precision. Chernoff argued that Ghailani “wasn’t just with [al Qaeda], he was one of them.” He had helped purchase the truck and the explosives. He was a “mass murderer,” and a “killer.” These were facts, he seemed to emphasize, not emotions. And as the judge would tell the jury later, it is up to them to decide the facts.

But when defense attorney Peter Quijano came to the podium on Tuesday morning, the entire feel of the case changed. Mr. Quijano, tall, with silver hair and broad features, is a larger than life character in this trial. In contrast to the professional cool of the prosecution, he has at times been flustered, occasionally disorganized, and frequently at a loss when it came to Tanzanian names and neighborhoods. But on Tuesday morning, he turned the courtroom into the stage for a compelling one-man drama. With a deep, booming voice that at times rose to impassioned anger and at others quieted to pin-drop silence, he gave Ahmed Ghailani a movie-ready defense. Pushing al Qaeda aside, except for areas in which its own manual seemed to show that Ghailani couldn’t have been a member—he used real phone numbers and his own name at the time of the plot—Quijano brought the focus squarely back to his client. Here, he said, we have a young man who was at best a “mere dupe.” He painted a picture in which “very bad men” had shown this “Kariakoo Kid” (a reference to the Dar es Salaam neighborhood where Ghailani grew up) exactly where and how to buy a truck among the mass of merchants in the Tanzanian capital. Citing “context” Mr. Quijano brought the missing piece of the trial—cultural difference—to bear in its last moments.

But at the same time, Quijano, still focusing on the plight of his client, laced his narrative with distinctly American references. “Can you feel it now?” he asked, calling to mind Tennessee Williams’s Cat on a Hot Tin Roof as he described the warren of streets where al Qaeda found a youngster to join their “parade of dupes.” “Can you smell it now?”—he asked, referring to the way he said al Qaeda had used “my client Ahmed” and then tossed him aside. At one point, Quijano likened his client to the loser “set up like a bowling pin,” in the Grateful Dead’s Truckin‘.

Also reflected in the passion of Quijano’s closing argument was the undeniable affection between the defense team and their client. For a month and a half now, the team of six lawyers has sat flanking their client, leaning in close to discuss testimony, patting him on the back, passing notes—an intimate tableau that it is hard to imagine the jury not noticing. Nor could they have missed the warm greetings between Ghailani and a group of Americans who came to the first and last days of the trial—his defense team from Guantanamo. The jury wouldn’t have known who these people were, but they likely did not miss the hugs, handshakes, and the genuine concern they seemed to have for the defendant, who in turn greeted them as one might lost relatives.

On rebuttal, prosecutor Michael Farbiarz followed Quijano’s lead and turned up the heat as he, too, focused on Ghailani the individual. How do we know he was a member of this terrorist organization? Because upon fleeing Tanzania, “he left his family, his name, his home. He didn’t do that lightly, nobody would… the price of entry [to al Qaeda] is walking away.” It was a crime, in other words, that required emotional coldness and calculation, the opposite of warmth or trust. In what Farbiarz knew would be the last argument heard at this trial, he aimed to erase the image of Ghailani not only as he appeared in the defense’s narrative but as he appeared day after day at the defense table.

Since 9/11, there have been at least 50 high profile trials involving serious terrorism charges. This one stands apart. Not because it is focused on a Tanzanian national or a crime committed 12 years ago. Not because it involves the first Guantanamo detainee to be tried in a federal court. Not even because this is the first time, unbeknownst to the jury, that someone alleged to have been tortured at the hands of the US government has stood trial in federal courts, and not even because the prospect of a KSM trial is said to rest on its outcome. What makes this case so remarkable is that at the very end, the defense has managed to remind everyone that their client, who most assume will leave this courtroom a convicted terrorist, is also a human being whom they have been devoted to supporting.