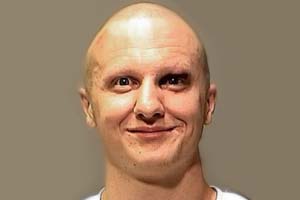 What was going on in Jared Loughner’s mind? Based on his online rantings, the man who allegedly emptied a 31-round clip into Rep. Gabrielle Giffords (D-Ariz.) and dozens of bystanders Saturday was preoccupied with theories on a massive government fraud. Many of his seemingly random statements—on “grammar,” “the ratifications,” “the new currency,” and more—echo the teachings of the “sovereign citizen” movement, a right-wing school of thought alleging that Americans have been surreptitiously stripped of their God-given rights.

These are not random parallels, as I discovered in reviewing Loughner’s YouTube videos. In multiple instances, he uses the precise talking points sovereign-citizen theorists teach via a thriving cottage industry of books, websites, bogus legal companies, and seminars; one popular theorist, David Wynn Miller, told the New York Times that Loughner has “probably been on my website.” (It’s important to note that the sovereign-citizen movement is a philosophy, not an organized movement; Loughner’s interest in its teachings doesn’t implicate any individuals or organizations in his actions.) A few cases in point, taken from a video Loughner posted on December 15, 2010.

“The government is implying mind control and brainwash on the people by controlling grammar.” (3:34)

As the Guardian‘s Peter Walker and Politico‘s Carrie Budoff Brown reports have pointed out, this is the basic premise of the sovereign-citizen argument, which posits that government has used linguistic devices in certain laws to strip us of our rights. “This is an extraordinary freaking word game,” says Alfred Adask, a guru of the sovereign movement and former publisher of the sovereign-citizen magazine AntiShyster, told me. “Not many people know how to do it or even understand it. The government has ensnared us with the sophisticated use of words and put us back into bondage. You have to master the definitions and start working out with a law dictionary.”

“I can’t trust the current government because of the ratifications.” (3:34)

To theorists like Robert Kelly, publisher of The American’s Sovereign Bulletin, the leading publication in the sovereign-citizen world, it all started with the Constitution’s Reconstruction Amendments—the 13th, 14th, and 15th—which established a secondary class of citizens under the control of the government. This was done by cleverly deploying phrases such as “citizens subject to the jurisdiction thereof” and “inalienable rights” (supposedly denoting rights that can be surrendered, as opposed to “unalienable rights” that can never be taken away). People in the sovereign citizens’ movement believe that these subterfuges were originally used to limit African Americans’ rights, but have been expanded over time to make all of us second-class citizens with limited rights. (Another favorite case in point: the use of the phrase “man or other animals” in the 1906 Pure Food and Drug Act—implying, they argue, that humans have no more legal rights than animals).

“You don’t have to accept the federalist laws. Nonetheless, read the United States of America’s Constitution to apprehend all of the current treasonous laws.” (3:10)

The sovereign citizen movement argues that if you closely study the Constitution, you can prove that federal laws are illegitimate—leaving you free to choose not to, say, pay taxes or follow traffic laws. In their view, the minute you get a Social Security number or driver’s license, you enter into a contract giving up your sovereignty. (Several sovereign-citizen adherents have told me that home births are popular in the movement for this reason.) To become a sovereign citizen, you retroactively withdraw from this contract. Some also argue that you aren’t bound to government contracts if you sign documents in red crayon or use lowercase lettering, alternative punctuation for your name (say, “Justine,,, Sharrock”), or add the letters “TDC” for “under threat, duress, and coercion.”) There are myriad theories on how to prove your sovereignty in a court of law, with plenty of experts willing to help—for a fee.

“They are innovative with the pseudolegal and historical tactics,” says Mark Pitcavage, a researcher with the Anti-Defamation League. “They are always coming up with new things.” Most sovereign citizens employ what the FBI calls “paper terrorism”—using legal documents fraudulently to harass public officials—when fighting the government in the courts. People identifying as sovereign citizens have also on occasion fired on police officers trying to enforce laws, and there are rare cases of extreme violence—most notably Oklahoma City bomber Terry Nichols, who identified as a sovereign citizen and even tried to use the movement’s arguments in his legal defense.

“These people are bookworms trying to use words, quote the Constitution, and make it their business to learn and commit to memory the definitions,” says Adask. “But if people won’t hear their words, sooner or later they will hear bullets.”

“There is nothing about the sovereign movement that promotes violence per se,” says Brent Johnson, host of the “Global Freedom Report” online radio show, though he quickly adds that “it should never be removed from the table.” He espouses nonviolence, but says the IRS and cops know not to mess with him: “If you look like you are prepared to fight back, you will be left alone.” Last May, a father-and-son pair from Ohio, both self-declared sovereign citizens, allegedly killed two police officers and wounded a sheriff and his deputy, who stopped them at a drug checkpoint; both the father and son were killed in an ensuing shootout. And in an April 2010 court case, Brody James Whitaker, who’d opened fire on Florida state troopers who tried to stop him for traffic violations, argued that the officers had no jurisdiction over him.

A core sovereign-citizen belief is that when the United States went off the gold standard, the government started using citizens as economic collateral—using our future earnings to secure foreign debt in a sort of giant Ponzi scheme. In this theory, you exist as a regular flesh-and-blood person, but there is also your “corporate shell” (often referred to as “the straw man”), which exists merely on paper and is created when you sign up for a Social Security card.

If all this sounds confusing, that’s because it is, even for sovereign citizens themselves. “I have a hard time believing it, but you keep seeing examples again and again,” says Adask. “As fantastic as it might sound, they [the government] have literally created an alternative reality.” Likewise, Johnson says “we have been living in a matrix world.” It follows that sovereign citizens, unlike the tea party movement, don’t believe in working to change the government; they insist that all of it is an illegitimate scam we must simply reject.

That’s an appealing thought for many—especially given that it comes with an obligation to stop paying taxes, stop paying bills in a false currency, and stop obeying the orders of courts and police.

The recession and a more activist federal government have been a boon to the movement, which saw its previous high point under similar circumstances in the ’90s. Today, the Southern Poverty Law Center estimates the total number of believers at 300,000, but acknowledges that the figure includes all manner of tax resisters. Pitcavage, who has been studying the movement for more than 15 years, says he has been receiving more and more calls from law enforcement officials asking for advice on dealing with self-declared sovereign citizens.

When I asked Adask what draws most people to the ideology, he said it’s usually desperation after a bankruptcy proceeding or other legal battle. His sovereignty seminars in Texas resembled group therapy sessions, he says, since fighting a system stacked against you “makes you almost mentally ill.” Many in the movement, he adds, were the type “who had tears in their eyes when they heard the national anthem. When they found it was a fraud, they were desperate to find something new to believe in. That also makes them very susceptible to being exploited.”

While the Food and Drug act remains a foundational law of the FDA mission, it’s not the law that created the FDA. The phrase “man or other animals” was introduced in the Pure Food and Drug Act of 1906, during which the Bureau of Chemistry (the precursor to the FDA) regulated food safety. In 1927 the Bureau was reorganized into the Food, Drug, and Insecticide Administration and the Bureau of Chemistry and Soils. The FDIA was renamed the FDA in 1930.

Read our exclusive interview with a friend of the alleged shooter, Jared Lee Loughner, who describes Loughner’s family, bizarre dream journal, and his obsession with Rep. Giffords. Full coverage of the shooting and its aftermath is here.