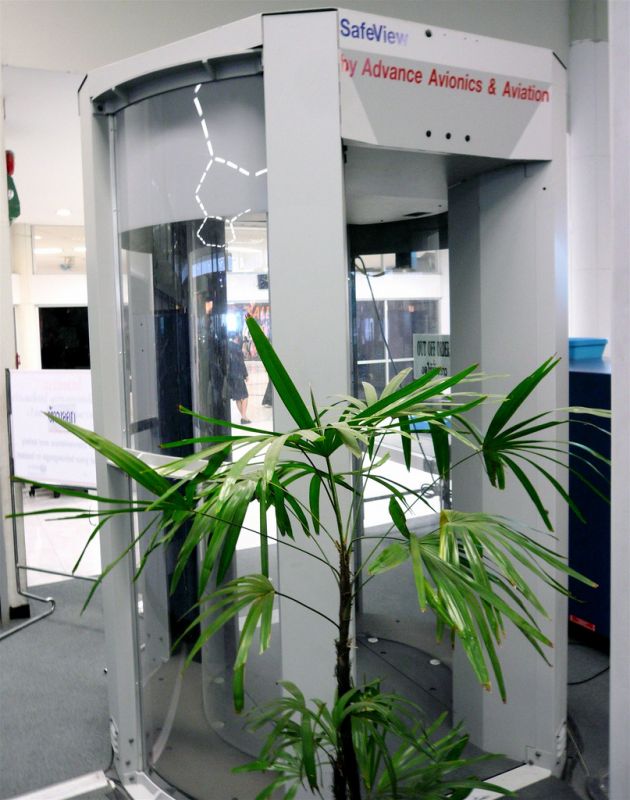 Today the DC Court of Appeals ruled (PDF) that the TSA’s whole-body scanners are not unconstitutional. For years, advocates like the Electronic Privacy Information Center (EPIC) have been arguing and filing suits that the scanners violate passenger privacy. But according to the court, it’s just not so. However, the court did find that the TSA violated a law by rolling out the scanners as a primary screening method without first soliciting and considering public comments.

Here are the highlights of the decision, including some colorful language from author Judge Douglas Ginsburg.

TSA: We shouldn’t be required to have a public comment period because instituting the scanners doesn’t impose a “substantial impact.”

Court: Uh, yeah you should. “It is clear that by producing an image of the unclothed passenger, an AIT [body] scanner intrudes on his or her personal privacy in a way that a magnetometer does not… Indeed, few if any regulatory procedures impose directly and significantly upon so many members of the public.” TSA can continue operating the scanners for now, but must institute notice-and-comment rulemaking as required by the Administrative Procedure Act “promptly.”

EPIC: The scanners violate the Fourth Amendment‘s law against unreasonable search and seizure.

Court: Nope. These searches are administrative, seeking to protect the public rather than to determine if a crime was committed. TSA has addressed privacy by “distorting the image created using AIT and deleting it as soon as the passenger has been cleared.” Citizens have a right to waive the scanning and get manually screened, although some passengers “have complained that the resulting pat-down was unnecessarily aggressive.”

TSA: You should dismiss EPIC’s argument that the scanners violate the Video Voyeurism Prevention Act because they should have brought that issue to us, not the court.

Court: No. And maybe EPIC would have brought these issues to the TSA if there was “an agency ‘proceeding’ where the party could advance its argument in the first instance, the absence of which is the very matter at issue here.”

EPIC: But these porno-scanners are violating the Video Voyeurism Prevention Act!

Court: No they aren’t. And the argument that the TSA doesn’t engage in law enforcement, correctional, or intelligence activity “borders on the silly.” Dismissed.

TSA: Since we don’t have whole-body scanners at every airport, and we could stop using them, our roll-out of them isn’t really a binding rule.

Court: “More clearly significant is that a passenger is bound to comply with whatever screening procedure the TSA is using on the date he is to fly.” To argue otherwise is “absurd.”

It’s not really certain to me what a public comment period would achieve. Sure, according to the law, the TSA is supposed to consider the public’s comments and integrate them into the law-making procedure. But as the hundreds of scathing comments on nearly every post on the TSA’s official blog will show, people are pissed off. The TSA has pretty much ignored the pissed-off-ness of customers so far, and even the pissed-off-ness of the local aviation directors they work with. Call me cynical, but I just don’t see a 90-day public comment period really making a substantial difference in the way TSA processes passengers. TSA is the honey badger of government agencies: they really just don’t give a care.